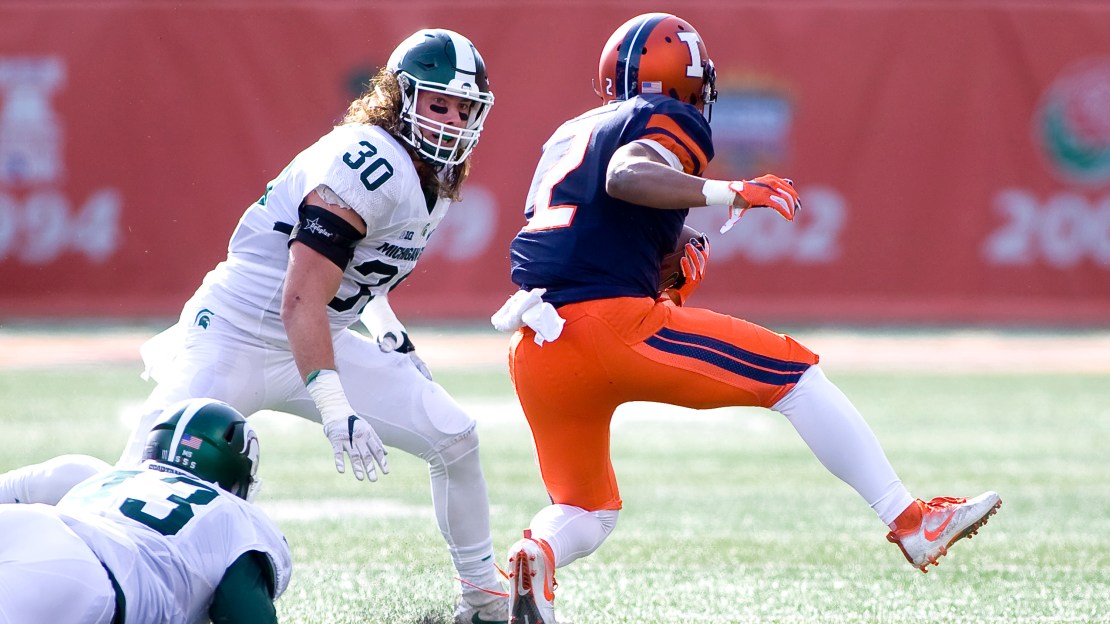 Every season includes a raft of surprises. And, the 2016 campaign is no different in the Big Ten.

Who could have seen Michigan State?s fall from grace as 2015 Big Ten champ and playoff contender to a seven-loss and counting 2016 season? And few envisioned Penn State rising to a potential 10-win team this year after James Franklin went a combined 14-12 his first two seasons in State College, Pa.

But which of those two situations has been most surprising?

I asked some media members who cover the league.

Rachel Lenzi, Landof10.com. Penn State's rise. Six weeks ago, this team was a mess, but grew as the season got longer.

Matt Hayes, BleacherReport.com. How in the world does a top five program for the last five years collapse into losing to the Illinois? of the world? It?s shocking.

Kevin Noon, BuckeyeGrove.com. Michigan State's fall is more surprising. We all knew going in that the Spartans would be depleted in several positions but Mark Dantonio and crew have been to the point recently where they have had enough depth to plug the next guy in. The struggles of MSU (and Iowa) have both been unseen by me going into this season more than a recent run by Penn State, a team that started turning it around the moment it remembered that Saquon Barkley is an elite runner and their best option.

Matthew Weaver, Peegs.com. For me it is no doubt Michigan State's fall. Penn State is far enough removed from the NCAA sanctions that it isn't a huge surprise that the program is playing better because they have recruited well. MSU hasn't lost seven games in a row since 1982. No way anyone ever saw that coming. That is shocking to me. I thought they would take a step back, but I didn't see them falling off the cliff.