Michigan remains No. 3, Ohio State moves to No. 5 in CFP rankings 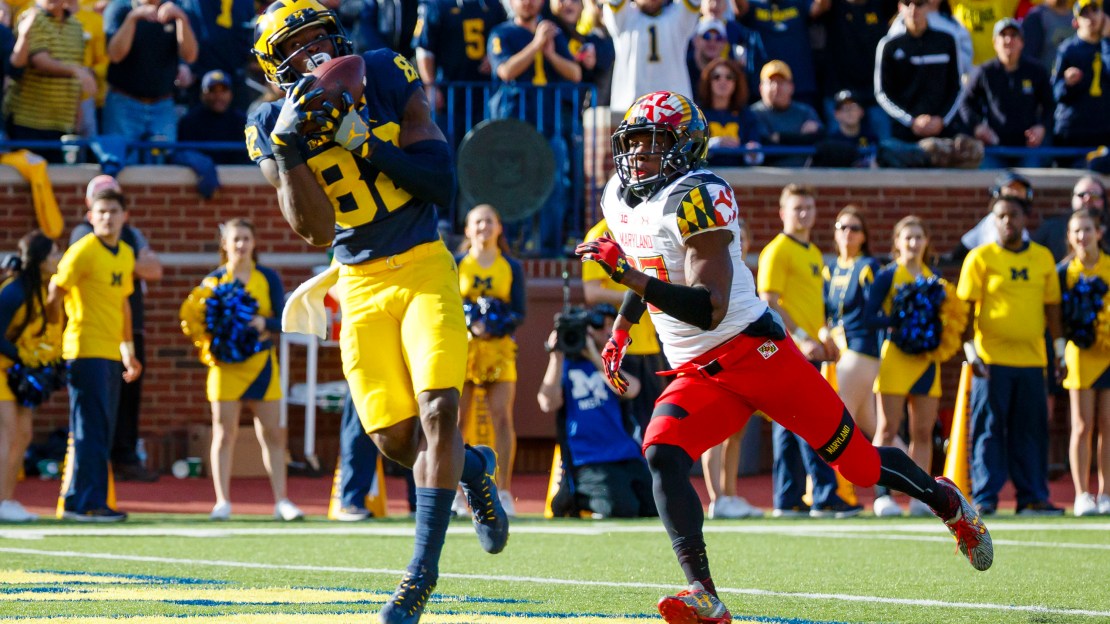 Week Two of the College Football Playoff poll has been released, and there were no big surprises at the top for the projected four-team playoff. And the Big Ten remains a stronghold with four teams in the Top 10.

Alabama is still No. 1; Clemson remains at No. 2 and Michigan is still No. 3 after eviscerating Maryland. The one change in the Top Four: Washington moved to No. 4 from No. 5 after Texas A&M lost to Mississippi State last week.

As for Big Ten teams in the second CFP Poll:

Ohio State went from No. 6 to 5 after crushing a ranked Nebraska team.

Wisconsin went from No. 8 to 7 with a win at Northwestern.

The big loser was Nebraska, which lost a second game in a row (at Wisconsin; at Ohio State) and fell from No. 10 to No. 19. NU?s best wins? Wyoming and Northwestern.

Neither Michigan nor Ohio State can do much to enhance their resumes until meeting in the season finale on Nov. 26 in Columbus. But remember: These teams control their destiny: Win out, and take the Big Ten East title. Win the Big Ten championship, and a ticket to the playoff looms.

Wisconsin?s resume also can?t be enhanced too much with games vs. Illinois, at Purdue and vs. Minnesota left on the docket. But like Ohio State and Michigan, the Badgers control their destiny: Win out, and Wisconsin will win the West and play in the Big Ten title game with a shot to earn a playoff slot.

This is interesting: How high can Penn State go? The 7-2 Nittany Lions are hot, winners of five in a row with a great chance to finish 10-2 with games left at Indiana, at Rutgers and vs. Michigan State. Alas, Penn State?s path to the Top Four is a long shot. First, the Nittany Lions must win out ? and hope Michigan stumbles twice down the stretch. And, that?s not likely to happen. Still, it?s fun to wonder.