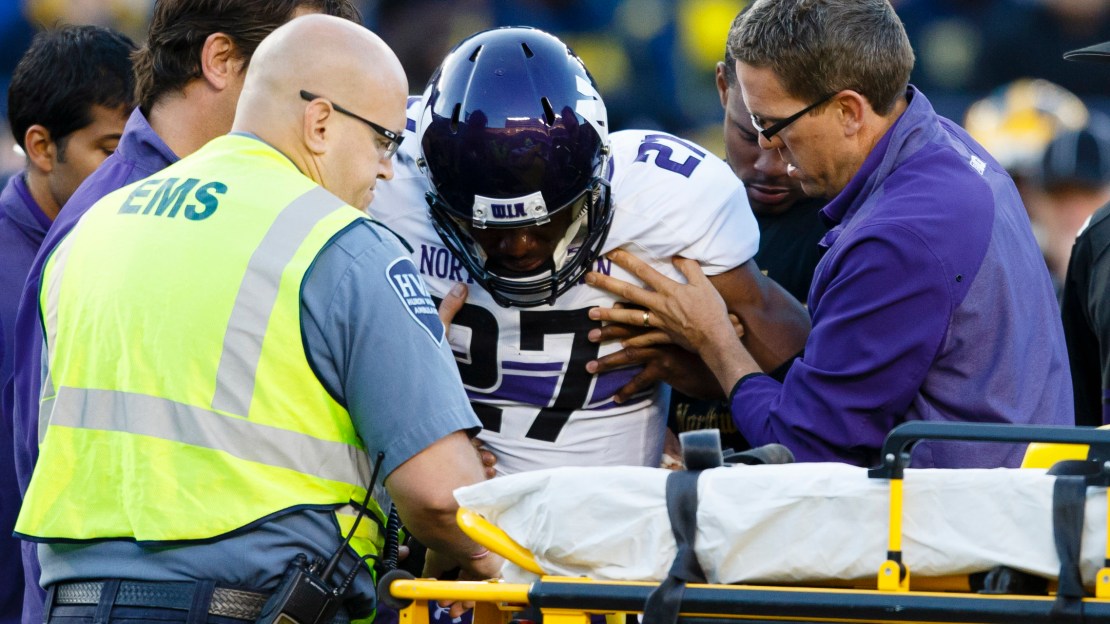 Harris was injured against Illinois State, with video showing him getting hit in the head while making a tackle.

Several media outlets reported that Harris was giving up the game because of concussions. Northwestern spokesman Paul Kennedy would not confirm those reports, and a news release issued by the school cited no reason for Harris' retirement.

"This is an incredibly difficult decision to reach, but it is the right one for me and for my future," Harris said.

Harris thanked coaches, teammates and family as well as the team's medical staff. He had sustained significant injuries each of his seasons at Northwestern.

Last season Harris intercepted four passes and led the Wildcats with 13 pass breakups. He earned third-team All-Big Ten recognition and also is a two-time Academic All-Big Ten honoree. He was voted a team captain this season.

"There are few things I love more than playing the game of football, and the game has provided me with so many opportunities, including the chance to attend this university," Harris said. "It has been a blessing to be a part of this community and learn so many lessons. Northwestern has given me so much. I look forward to taking full advantage of my chance to give back to the world around me in the future."