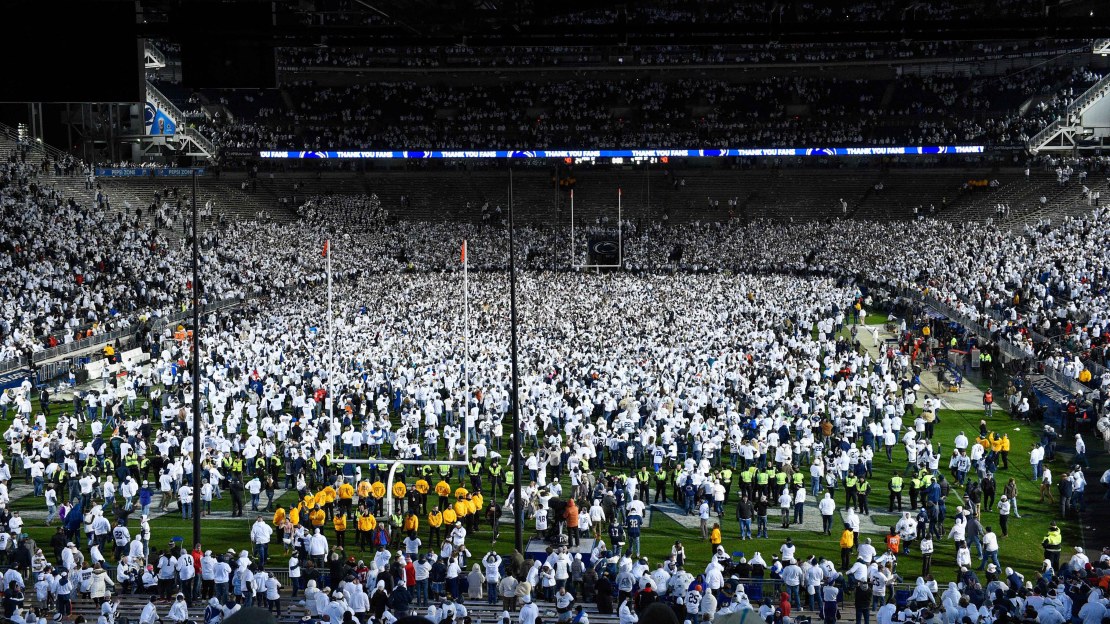 There was a gigantic upset in the Big Ten on Saturday night.

Penn State took down No. 2 Ohio State, 24-21, to send Urban Meyer to his first road defeat as Ohio State coach.

It all was made possible by a blocked field goal that Grant Haley returned for the go-ahead and eventual game-winning touchdown late in the fourth quarter.

The comeback victory was a memorable one for the Nittany Lions, who finally have that elusive signature win under James Franklin.

Watch the blocked field goal in the video above.

Speaking of that "signature win," there's this.