Buy or Sell: Undefeated Nebraska is a mystery at 6-0 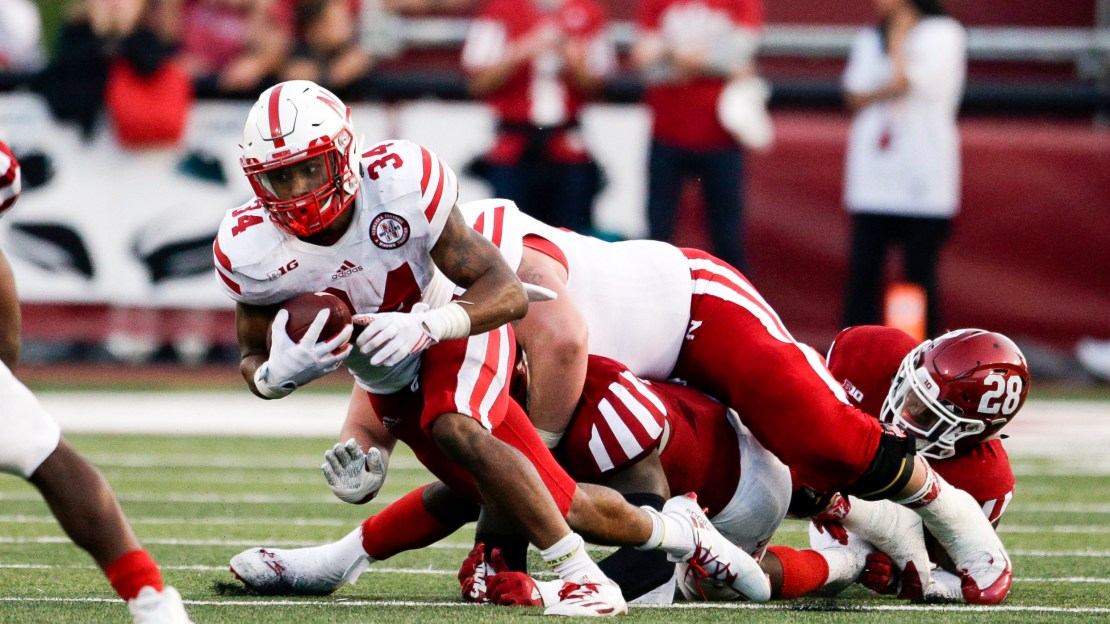 Here is what I am buying and selling as we enter Week 8.

The East is the far superior division again?
Sell. Yes, the East has the two best teams in the Big Ten this season in Ohio State and Michigan. But the West has better depth with teams like Iowa, Wisconsin and Nebraska. And Northwestern and Minnesota are playing better, too. Does the East boast two of the best teams in the nation? Without a doubt, however the gap isn't as big as some think.

Ohio State?s potential fatal flaw is its passing game?
Buy. There is so much to like about the Buckeyes, including a killer defense led by perhaps the top secondary in the nation. But the passing game has been spotty. Aside from Noah Brown, Ohio State has lacked difference makers on the edge at receiver. OSU is No. 7 in the Big Ten in passing (216.0 ypg). And J.T. Barrett has hit just 26-of-50 passes the last two games for 319 yards with two touchdowns and two interceptions. He has had to rely on his own legs too much the last two games, running a combined 47 times for 229 yards with three touchdowns. So much usage could result in injury. More people need to help the Buckeye offense go-beginning with the receiving corps, including guys like Terry McLaurin, Corey Smith and Parris Campbell, among others.

Nebraska is a mystery at 6-0?
Buy. How good is this team? I?m not really sure. Sure, the Cornhuskers are perfect and have taken care of business. Hat?s off to that. But who have they beaten? They really don?t have a marquee win. The best victory? It may be the one at 3-3 Northwestern. Fresno State is 1-6; Wyoming is 4-2; Oregon is 2-4; Illinois is 2-4; Indiana is 3-3. But we?ll find out soon enough how good Nebraska is when it plays at Wisconsin, at Ohio State and at Iowa in the back half of the schedule. Plus, a game vs. Minnesota will be a challenge, too.

Iowa is the Big Ten's best two-loss team?
Buy. There's a handful of them, including Penn State and Wisconsin. But I really like the 4-2 Hawkeyes, both because of their play the last two weeks (14-7 win at Minnesota; 49-35 win at Purdue) and their schedule. Iowa plays Wisconsin, at Penn State, Michigan, at Illinois and Nebraska. All the tough games are at home. The offensive line was shuffled before the win at Minnesota, and the moves are paying off with an improved rushing game. And the defense is getting better at stopping the run, too. This team is just finally starting to come together.

Michigan State should start Tyler O?Connor this week at Maryland?
Buy. Michigan State started Brian Lewerke last week vs. Northwestern. And the redshirt freshman was solid, hitting 12-of-19 passes for 99 yards with a TD. But Tyler O?Connor took over and sparked the offense, completing 13-of-21 attempts for 281 yards with three touchdowns a pick. The senior should get the nod this week. But, honestly, it doesn?t matter who is the QB if Michigan State can?t run or stop the run. The Spartans are No. 13 in the Big Ten in rushing (136.2 ypg) and No. 7 vs. the run (148.5 ypg). Unless MSU plays better in the trenches, this team will continue to struggle as it rides a four-game losing skid.

Michigan State will make a bowl?
Sell. I just don?t see it. The Spartans are 2-4, riding the aforementioned four-game losing skid. And, things continue to trend downward for a program that is the defending league champ that went to the playoff last season. What?s it all mean? Michigan State may not even make a bowl this season. To do so, the Spartans will have to go 4-2 down the stretch. And, that may be very difficult with a remaining schedule that includes at Maryland, Michigan, at Illinois, Rutgers, Ohio State and at Penn State. Are there four wins in there? Perhaps, but it must win every coin-flip game (at Maryland; at Illinois; vs. Rutgers; at Penn State). Last week?s 54-40 home loss to Northwestern may end up being MSU?s nadir. That probably was a must-win game.

Rutgers will win a Big Ten game?
Sell. The Scarlet Knights are scuffling and look like a good bet to finish 2-10. Offense, defense, special teams ? Rutgers is struggling in its first season under Chris Ash. There is a reason why Ash has this job. RU needs to be fixed. And, it?s gonna take time. The Scarlet Knights are last in the Big Ten in scoring (16.6 ppg) and last in scoring defense (37.7 ypg). Enough said.

Purdue had to make a coaching change now?
Buy. Canning Darrell Hazell now doesn?t figure to change much in the here and now for a moribund Boilermaker program that may not win again in 2016. That said, new athletic director Mike Bobinski had to send a message that he meant business. He needed to fire what had been the worst coach in school annals, as Hazell went 9-33 overall and 3-24 in the Big Ten. Hazell didn?t just lose; he lost in spectacular fashion. Now, it?s incumbent on Bobinski to take advantage of this ?head start? in the coaching search and hire a savior for a program that is among the worst in America. Bobinski needs to fill seats in Ross-Ade Stadium for an athletic department that needs to make more money.