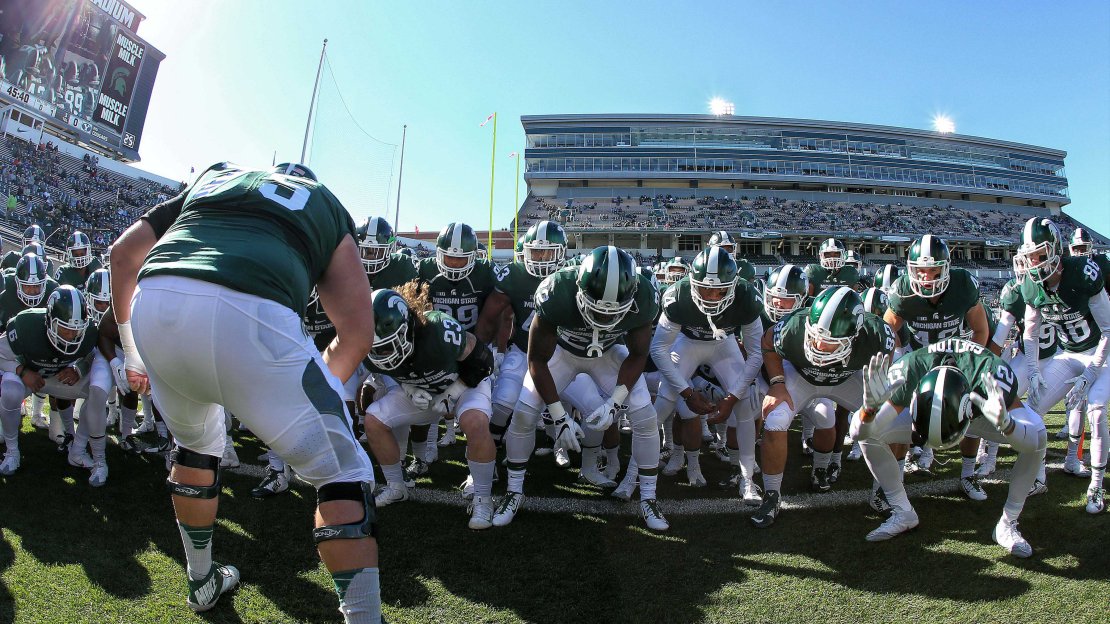 The tributes to late Big Ten football players continue to roll in with every passing week.

What makes them even better is that non-Big Ten teams are getting in on the act, too.

The non-Big Ten tributes all started with Fresno State's classy reaction and declining of a delay of game when Nebraska lined up without a punter on its first fourth down of the season to honor Sam Foltz, the reigning Big Ten Punter of the Year who died in a car accident in late July.

A couple weeks later, Oregon placed flowers at the 27-yard line at Memorial Stadium to honor the Nebraska punter, who wore No. 27.

On Saturday in East Lansing, BYU decorated the 3- and 6-yard lines during pregame warmups to honor late ex-Michigan State players Mike Sadler, who died in the car accident with Foltz, and Mylan Hicks, who was killed late last week.

See the Week 6 tribute below.