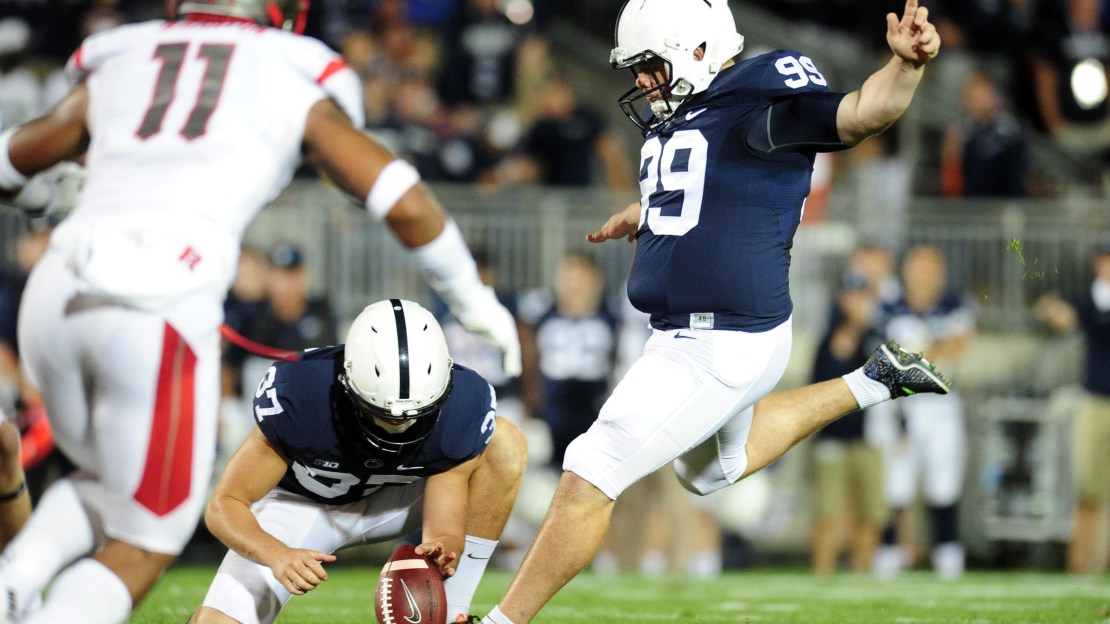 Penn State kicker Joey Julius opened up about his battle with an eating disorder in a recent Facebook post.

Julius, who missed spring ball while attending McCallum Place Eating Disorder Center in Saint Louis, Missouri, shared that for the last 11 years he has battled a binge eating disorder that's also resulted in signs of bilemia, the result of "extreme anxiety" put upon himself.

The 5-foot-10, 258-pound kicker has become a cult hero of sorts this fall, thanks to a couple bone-crushing tackles on Penn State kickoffs. There was one against Kent State in the season opener (watch here), and there was one on Michigan star Jourdan Lewis  a couple weeks ago (watch here).