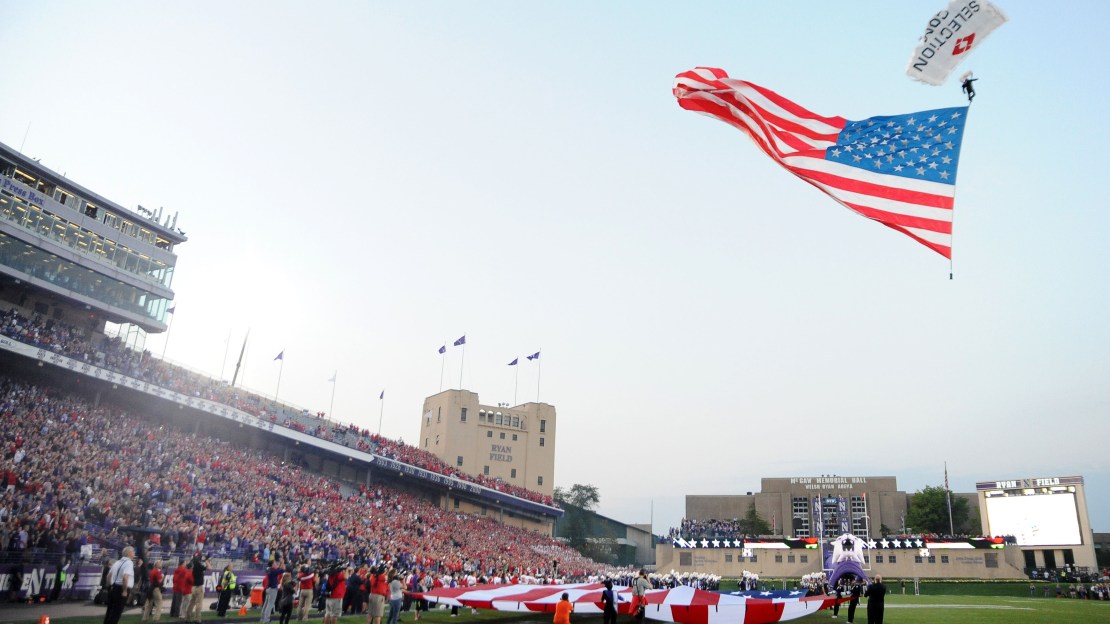 Like it, hate or feel indifferent about, the National Anthem protests by athletes across America have had their desired effect of bringing awareness to how African-Americans are treated by law enforcement.

It?s an uncomfortable subject for some to tackle or discuss. But, it?s a subject, issue and a reality that demands attention. And its protests-like the one by three Nebraska football players last Saturday at Northwestern or the ones by Michigan and Michigan State players-that fan the flames of a white-hot issue that underscores the racial discord that still divides much of the United States.

This all began with the San Francisco 49ers Colin Kaepernick in the NFL preseason and subsequently spawned to other athletes in other sports, including Nebraska football players Michael Rose-Ivey, DaiShon Neal and Mohamed Barry, who all took a knee during the anthem in Evanston last weekend.

The move by the select Big Ten players elicited some shocking, sickening and all-too-typically disheartening responses on social media. They aren?t worth repeating or linking to. They just show a glimpse of the ugly underbelly of America that?s far too real and far too alive. It?s sad … and it?s not fun to look at and doesn?t seem to be going away.

Hence, Rose-Ivey and others shine a spotlight on the subject. This is bigger than making a game-saving tackle at the homecoming game or wearing an "N" on your helmet. This is about life-and how the lives of African-Americans are impacted by law enforcement in often negative circumstances that time and again make for ugly headlines far too often.

The gripe with Rose-Ivey and others who protest the anthem: They are disrespecting America and the veterans who lost their lives for the freedom they enjoy.

?How dare they!? some scream. ?Get out of the country if you don?t like it,? others cry.

But, that?s exactly the point: Being American is having the right to believe and say what you want. This is why so much blood of U.S. soldiers has been spilled over the centuries. To protest, to stand up for what you think is an injustice. It?s why America was founded.

It hearkens to the Voltaire quote: ?I disapprove of what you say, but I will defend to the death your right to say it.?

That?s it, in a nutshell. That?s America. The right to say what you want-without recourse.

Rose-Ivey and others mean no disrespect to veterans. They aren?t figuratively trampling the flag. Rather, they want to bring attention to an issue that has reached a boiling point in America.

From Ferguson, Missouri, to Baton Rouge, Louisiana, to Tulsa, Oklahoma, and Charlotte, North Carolina ? among other dots on the map where black blood has been shed on the streets by law enforcement over often dubious reasons.

Why is this happening?

Rose-Ivey wants to know, just like Kaepernick and so many others. America must confront issues of race and violence. Life must be breathed into this uneasy subject. And it must be discussed-and resolved.

"When incidents like this occur, there is a big chunk of our fellow citizenry that feels as if because of the color of their skin they are not being treated the same. And that hurts. And that should trouble all of us," President Obama said in his statement this summer after the deaths of Alton Sterling and Philadno Castile. "This is not just a black issue, not just a Hispanic issue. This is an American issue. All fair-minded people should be concerned."

Obama went on to note that these incidents ?are symptomatic of the broader challenges within our criminal justice system, the racial disparities that appear across the system year after year, and the resulting lack of trust that exists between law enforcement and too many of the communities they serve."

He continued, "To admit we've got a serious problem in no way contradicts our respect and appreciation for the vast majority of police officers who put their lives on the line to protect us every single day. It is to say that, as a nation, we can and must do better to institute the best practices that reduce the appearance or reality of racial bias in law enforcement."

Watch BTN analyst and former Ohio State and NFL running back Robert Smith give his thoughts on the protests below.