Big Ten Power Rankings: Wisconsin jumps up to No. 2 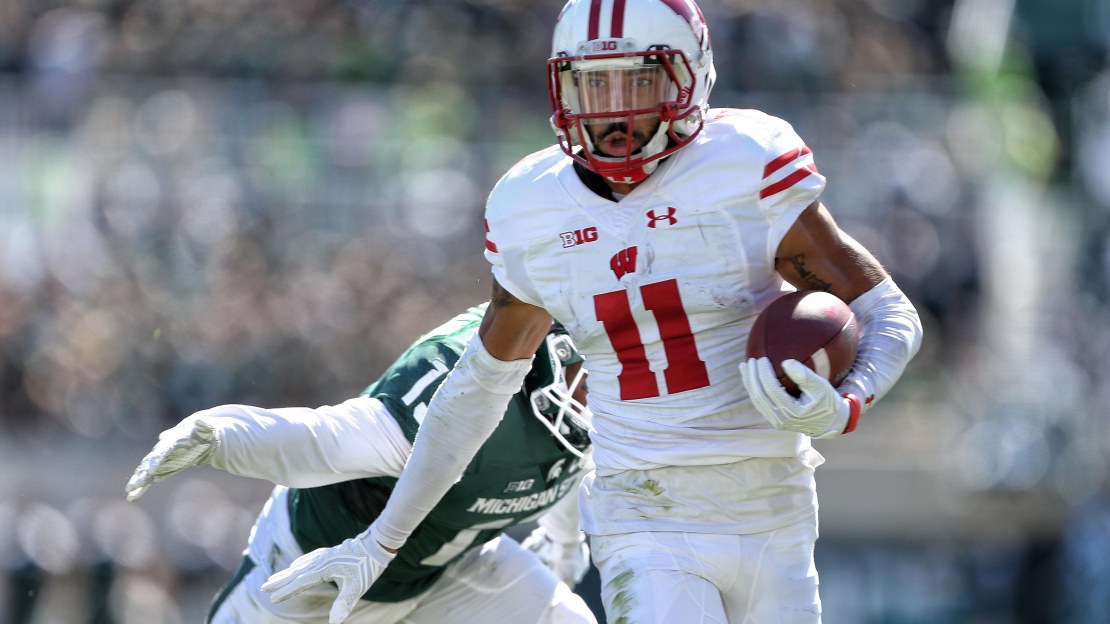 Things don't get any easier for the surging Badgers, though, as their October schedule looks like this: at Michigan; vs. Ohio State; at Iowa; vs. Nebraska.

2. Wisconsin (4-0, 1-0). The Badgers suddenly look like a very dangerous team after demolishing the Spartans in East Lansing. And, how about Alex Hornibrook?
Last week: 5
Up next: at Michigan

3. Michigan (4-0, 1-0). The Wolverines have scored 45 or more points in all four games this season, which is amazing. Next week?s visit from Wisconsin and its stout defense promises tougher sledding.
Last week: 3
Up next: vs. Wisconsin

7. Minnesota (3-0, 0-0). The Golden Gophers will enter conference play unbeaten. Are we overlooking this team? The trip to Penn State is big.
Last week: 7
Up next: at Penn State

9. Penn State (2-2, 0-1). A depleted Nittany Lion squad gets to play its next three games at home, beginning with Minnesota.
Last week: 8
Up next: vs. Minnesota

10. Indiana (2-1, 0-0). The Hoosiers fell from the ranks of the unbeaten with a home loss to Wake Forest. How good is Indiana?
Last week: 9
Up next: vs. Michigan State

11. Rutgers (2-2, 0-1). The defense played well vs. Iowa. But the offense struggled. Compounding matters is an injury to Janarion Grant. Let?s hope he?s back soon.
Last week: 11
Up next: at Ohio State

12. Northwestern (1-3, 0-1). The Wildcats showed some improvement but still fell to 1-3 with a home loss to Nebraska. Road games at Iowa and at Michigan State are next.
Last week: 12
Up next: at Iowa

13. Purdue (2-1, 0-0). The Boilermakers had four turnovers but still got a much-needed win. The play of the defense was especially encouraging for Darrell Hazell and Co.
Last week: 14
Up next: at Maryland

14. Illinois (1-2, 0-0). The Fighting Illini are still licking their wounds after a 1-2 start. Let?s hope the bye week helps Lovie Smith and Co., find answers to questions.
Last week: 13
Up next: at Nebraska