10 things Tom Dienhart thinks he knows ahead of Week 4 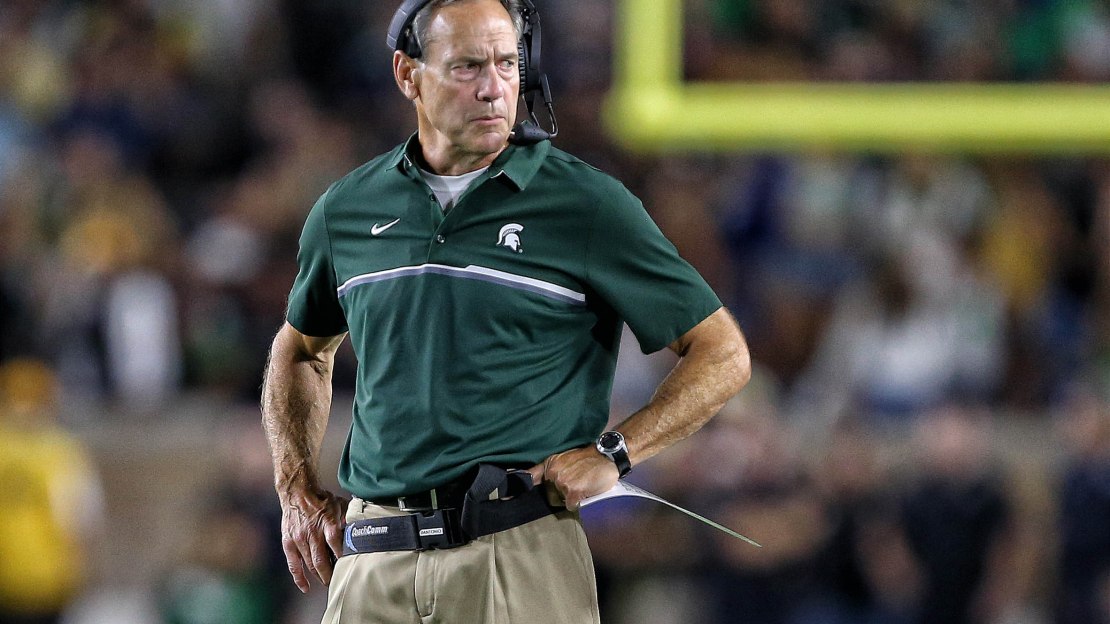 The Big Ten is coming off a big week, notching three huge wins with Ohio State ripping Oklahoma, Michigan State eviscerating Notre Dame and Nebraska stuffing Oregon. Now, conference season begins. Who will build on that mojo? Here are things I think I know as we enter the fourth Saturday of the season.

1. Ohio State?s biggest foe the rest of the season will be itself. Yes, I?m well aware that the Buckeyes have games remaining at Wisconsin, at Michigan State and vs. Michigan. Still, Ohio State looks like a juggernaut. In fact, this could be Urban Meyer?s best team since taking over in Columbus in 2012. And that?s saying a lot. Can Ohio State stay hungry and focused week in and week out? Can it not beat itself? Can it deal with looming pressure and expectations?

2. Rutgers? do-it-all sensation Janarion Grant is the most underrated player in the Big Ten-if not the nation. I know, that?s a mouthful. But the guy is special. If he was playing at an elite program, we?d all be pushing him for the Heisman and wearing his replica jersey. Last week vs. New Mexico, he had a career-high 112 punt return yards and had his eighth career return touchdown. He also threw a touchdown pass. Grant has had an interesting career. He has two touchdown passes, one touchdown catch, three touchdowns runs, three punt return touchdowns, and five kickoff return touchdowns.

3. Penn State?s defense is in trouble. The unit already was struggling to stop the run, ranking No. 12 in the Big Ten (176.3 yards per game). Then, James Franklin announced Tuesday that stud LB Nyeem Wartman-White will miss the remainder of the season with a right knee injury suffered last Saturday. It?s the latest blow for a unit already without Brandon Bell and Jason Cabinda, neither of whom appears ready to return for Saturday?s game at Michigan. Former walk-on Brandon Smith will start at MLB. Sophomores Jake Cooper and Manny Bowen will be at the OLB slots. Uh-oh.

4. Knowing Penn State is vulnerable to the run, Michigan needs to run the ball ? and run it again ? and again. The rushing attack has been the only ?big? issue in Ann Arbor during an otherwise delicious 3-0 start. The Wolverines are just No. 9 in the Big Ten in rushing (197.7 ypg). This, despite having a veteran line and a deep stable of running backs along with a passing game that defenses must respect. It?s a true head-scratcher as to why there has been a lack of consistent success from the tailbacks-and ground game overall, as the Wolverines have had to often ?gimmick up? their rushing game with jet sweeps, end-arounds and such with wideouts.

5. The Wisconsin at Michigan State game will come down to which team?s quarterback makes the most plays. Look, these defenses will be geared to stop the run and make the signal-callers win the game. And, I like the chances of the Spartans? Tyler O?Connor delivering better than whoever gets the nod for the Badgers: Bart Houston or Alex Hornibrook. Plus, Michigan State has a better set of wideouts than Wisconsin.

6. The play of the Wisconsin defense has been very impressive. No one was sure what to expect when coordinator Dave Aranda left for the same post at LSU. But new coordinator Justin Wilcox has been a hit. Check it out: The Badgers are No. 1 in the Big Ten in total defense (261.0 ypg); No. 2 in scoring defense (13.7 ppg); No. 2 in rushing defense (82.3 ypg); No. 4 in passing defense (178.7 ypg). Linebackers Jack Cichy and T.J. Watt, and end Alec James, among others, are excelling for a terrific defense that must backstop the team as it embarks on a brutal five-game stretch: at Michigan State; at Michigan; Ohio State: at Iowa; Nebraska.

7. Iowa has reason to be concerned coming off a brutal home loss to North Dakota State. Yes, I know all about the elite FCS status of the Bison ? and I don?t care. No way, no how, should this Hawkeye team lose at home to any FCS squad. Even more disconcerting: The Hawkeyes were beat up front on both sides of the ball by a program with just 63 scholarship players (Iowa has 85) and a fraction of the resources to train and develop players that Iowa possesses. NDSU had 239 yards rushing; the Hawkeyes had 34. How will Iowa responding going to Rutgers? The Scarlet Knights have had issues on defense, but they still have a nice, veteran d-line led by Darius Hamilton and Julian Pinnix-Odrick. This is gonna be interesting.

8. While Indiana?s offense continues to get plaudits-and rightly so, as it is No. 3 overall in the Big Ten (469.5 ypg). It?s the defense that has been key to a 2-0 start. Get this: The Hoosiers have forced at least three turnovers in each of their last four games. IU is No. 2 in the conference in turnover margin. And a usually porous rush defense is No. 4 in the Big Ten (101.5 ypg). Credit new coordinator Tom Allen and new d-line coach Mark Hagen.

9. Speaking of turnovers ? Maryland is one of just three teams in the FBS ranks without a turnover (Army and Western Michigan are the others). And, the Terps are 3-0. Coincidence? Nope. Last year, Maryland had a national-high 36 turnovers and finished 3-9. QB Perry Hills is taking care of the ball after tossing 13 picks last year. If the Terps keep it up, maybe they can make a bowl. Maybe.

10. Can Nebraska build on the momentum of a 3-0 start fueled by a big win last week vs. Oregon? That spell-binding win could have been a seminal moment for the NU program, which is searching for its first conference title since 1999. This week?s game at Northwestern is tricky. The NU vs. NU series has been one of the Big Ten?s best of late. Since joining the Big Ten, the Cornhuskers are 3-2 vs. the Wildcats, losing last year in Lincoln. The games have been fun, with Northwestern stunning Nebraska in Lincoln in 2011 with a backup QB. The Huskers won by a point the next year and then needed a Hail Mary to win in 2013. A loss to the 1-2 Wildcats would be deflating for the Cornhuskers and undo last week?s big win vs. UO.