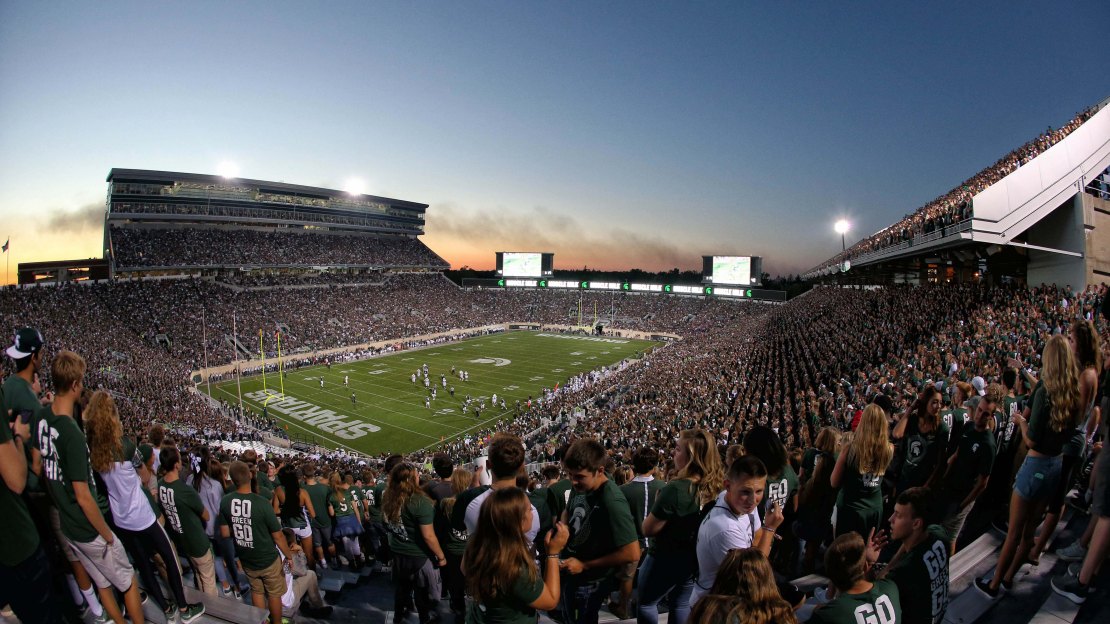 BTN wrapped up week three of its non-conference football broadcasts on Sept. 17 with the highest rated games across all cable networks in both the noon and 3:30 p.m. ET windows in the network?s 12 metered markets*. Colorado at Michigan led the way with a 2.3 HH rating in the 3:30 p.m. ET window, while Temple at Penn State and Georgia State at Wisconsin delivered a 1.1 HH rating at noon ET. Beyond the linear network performance, Colorado at Michigan also became the most-watched game in BTN2Go history with 207,000 video views.

As conference play begins on Saturday, Sept. 24, BTN will air a showdown between No. 8 Michigan State vs. No. 11 Wisconsin at Noon ET. The Spartans and Badgers, ranked No. 8 and No. 11 in the AP Poll and No. 8 and No. 10 in the Amway Coaches Poll, present the first top-15 conference matchup in BTN history.

Saturday?s debut of BTN Tailgate will add to the excitement on campus, as the live, 90-minute pregame show will be on-site at Munn Field and open at 9 a.m. ET prior to the 10:30 a.m. ET show. Guests are expected to include** Tom Izzo and Mark Hollis, as well as potential appearances from Spartan greats.

In addition to free food and MSU branded giveaways in week one (while supplies last), there will also be a wide variety of sponsor activation to entertain the crowd presented by TIAA, U.S. Cellular, GEICO and Slim Jim. Alongside host Dave Revsine, BTN football experts Gerry DiNardo and former Chicago Bears defensive tackle Anthony ?Spice? Adams will go in-depth on Big Ten matchups.

Field Pass, fans? early look at pregame festivities, will also be live from Spartan Stadium beginning at 11 a.m. ET on BTN2Go, approximately 60 minutes prior to the game. Field Pass will also be available via Facebook Live.

BTN Tailgate and Wisconsin at Michigan State can also be streamed via the web, smartphones, tablets and connected devices on the newly relaunched BTN2Go.