Tom Dienhart's 10 Things to ponder ahead of Week 3 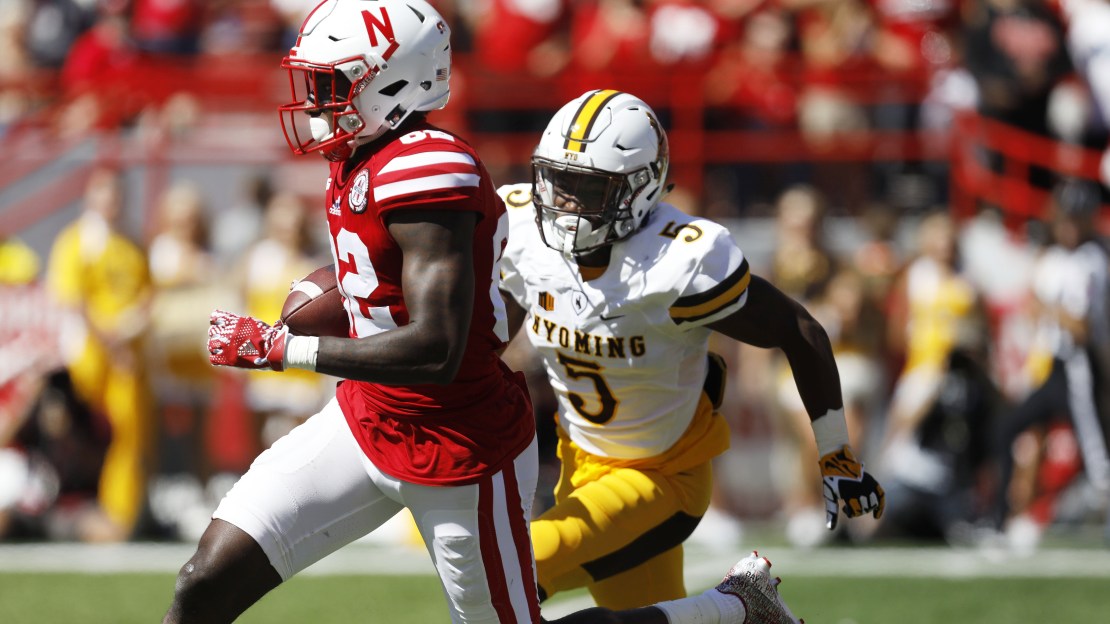 There are big games as far as the eye can see – Ohio State at Oklahoma, Oregon at Nebraska and Michigan State at Notre Dame. And Northwestern looks to avoid its first 0-3 start since Gary Barnett?s first season in Evanston in 1992.

Here is what I think I know as we enter the third weekend of the season.

1. There are three big games this Saturday: Ohio State at Oklahoma; Michigan State at Notre Dame; Oregon at Nebraska. But it?s the Cornhuskers who have the most on the line since they are playing at home and the Buckeyes and Spartans are on the road. It?s vital that Nebraska protect its home field and make a statement with a big win against a quality foe. Mike Riley needs a big win to build momentum in his second year coming off a 6-7 debut.

2. Ohio State has the toughest task of any Big Ten this team this Saturday. The Buckeyes will face an Oklahoma squad that has a big-time sense of urgency. The Sooners can?t afford another loss if they want to make the four-team playoff. OU already has lost to Houston in the opener. Hard to see a two-loss team making the four-team playoff-even if Oklahoma wins the Big 12. The Sooners entered the season with national championship hopes. They can?t let this one vs. the Buckeyes slip away. Ohio State? A loss in September to a quality foe like OU won?t hurt the Buckeyes? national championship dreams. But a victory would send a big message to the rest of the league and nation.

3. Through two weeks, no quarterback has played better than Michigan?s Wilton Speight. The junior is No. 2 in the Big Ten in passing efficiency, hitting 70 percent of his attempts for 457 yards with seven TDs and one pick. The only signal-caller ahead of him in efficiency is Michigan State?s Tyler O?Connor, who has played just one game. Speight has made the Wolverine staff look prescient by tabbing him as the starter over John O?Korn. And, it helps that Speight has a wealth of weapons to use.

4. Yes, it?s only the third week of the season, but Northwestern faces a ?must win? game vs. Duke this Saturday in Evanston. The Wildcats have been the biggest disappointment so far in the Big Ten-and it?s not even close–dropping their first two games to Western Michigan and FCS Illinois State. This for a team that won 10 games last season and entered 2016 amid grand expectations. The big issues are on offense, where the line is struggling. And a lack of playmakers at wideout hurts, too. QB Clayton Thorson has had his issues, too, hitting just 50 percent of his passes with just one TD toss. A loss to Duke could lead to an 0-6 start for NU, as it plays Nebraska at home and then goes to Iowa and to Michigan State.

5. Penn State probably will go as far as its offense takes it in 2016. Last week?s 42-39 loss at Pitt may have been a preview of things to come, as James Franklin?s third edition in State College may have to outscore teams to win. The Nittany Lions? offense showed its potential under new coordinator Joe Moorhead, as QB Trace McSorley ran the spread attack with aplomb and had Penn State in a position to win before tossing a late pick. The defense? It got run over for 341 yards rushing (6.1 yard sper catch). No wonder PSU is last in the Big Ten in rush defense (245.5 yards per game). Replacing the likes of Carl Nassib, Austin Johnson and Anthony Zettel along the defensive line continues to be a difficult task.

7. Maryland is primed for a 4-0 start. The Terrapins have opened with victories vs. FCS Howard and at Florida International. A game at Central Florida looms this weekend, followed by the Big Ten opener vs. Purdue. See? Then comes an intriguing trip to Penn State on Oct. 8. Could the Terps win in State College and start 5-0 under rookie boss DJ Durkin? Hmmmm. Having no turnovers has been huge for Maryland, which had 36 last season.

8. Purdue is off this week and the Boilermakers can use the down time coming off a disappointing home loss to Cincinnati, a foe many observers left Purdue needed to beat if it wanted a successful season. The Boilers must regroup with Nevada coming to West Lafayette on Sept. 24.

9. I am not sure how good Michigan State is. The Spartans didn?t wow in their season-opening win vs. FCS Furman. MSU was off last week and now travels to Notre Dame, which already has one loss. So many questions loom about Michigan State. How good is the defensive line? Is Tyler O?Connor really the answer at quarterback? Is the offensive line up to its usual standards with three new starters? Has the secondary regained its ?No Fly Zone? mojo?

10. Wisconsin needs another blowout win to build its momentum. The first two weeks have been glorious for the Badgers, who dumped LSU and whipped Akron. Hopelessly overmatched Georgia State is next. Wisconsin needs to be rolling when Big Ten season starts, as the Badgers have the toughest conference slate of any league school. Wisconsin?s heavy lifting starts Sept. 24 with a visit to Michigan State and continues with a trip Michigan, a visit from Ohio State, a trip to Iowa, and a visit from Nebraska.