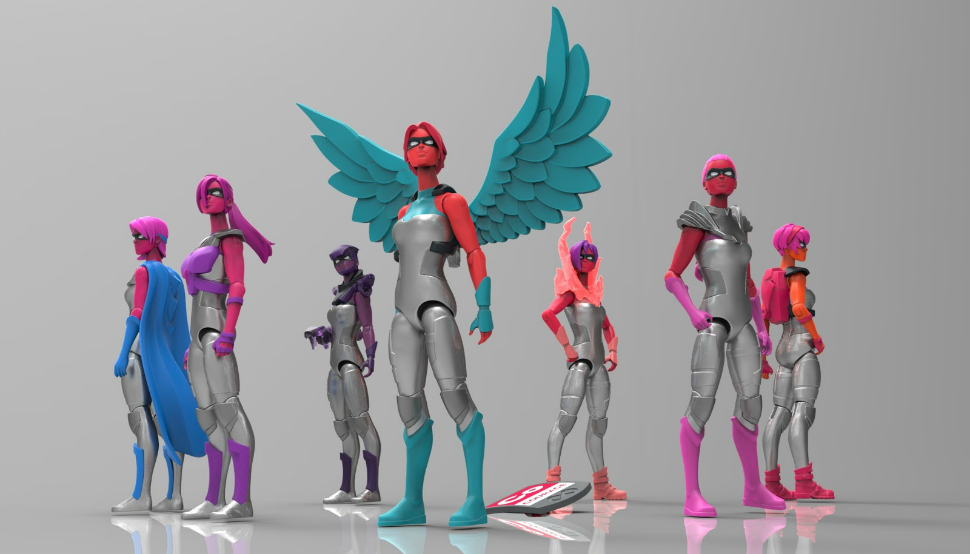 The BTN LiveBIG highlight reel is a series of short updates on what your favorite Big Ten schools are doing in the fields of science, philanthropy and the arts.

How to get paid to play with toys

Rutgers alum Veenita Bleznak is the chief operating officer of IAmElemental, a toy company that creates products designed to encourage conversations about empowerment, personal resilience and creative storytelling – all through a line of action figures aimed at young girls. Fredda Sacharow at Rutgers talks to Belznak about her work:

?The themes of empowerment, and of being your best self, resonate with me on so many levels,? says Bleznak, who received her bachelor of arts degree in political science and English from Rutgers-New Brunswick before heading to the University of Pennsylvania Law School. ?It?s amazing to be part of a conversation about how society is changing, to be helping to break down stereotypes.?

Bleznak's company has an interesting story involving entrepreneurialism, gender equality and play therapy, which you can read more about in Slate or The Boston Globe.

Mostly, though, we wanted an excuse to post this stop-motion video of IAmElemental's Courage fighting Godzilla.

Michigan vs. Wisconsin vs. cancer

Michigan and Wisconsin are locked in a heated rivalry…to raise money for some kids who really need it.

September is Childhood Cancer Awareness Month and 100% of the money raised will go toward funding research at the two well-regarded medical facilities. The winner of the contest will be announced before the October 1st Michigan – Wisconsin football game.

Warning: Viewers of the video below have reported something suddenly in their eye or maybe it's just dusty in here or something.

Find out more about the Wolverine – Badger Challenge here or follow the effort on Twitter under the hashtag #BlockOutCancer.

Photo of the day