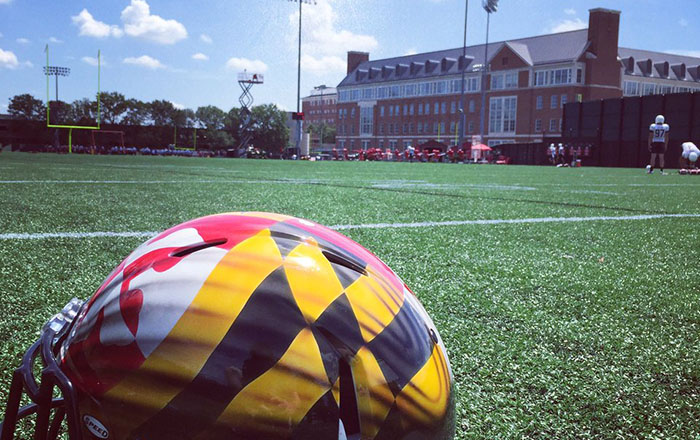 Maryland takes on Florida International on Friday night, and I've got five things to know before the Terrapins kick off  Week 2 in the Big Ten.

1. Maryland is 4-0 all-time in this series with the last 3 meetings being decided by at least 14 points. Their last matchup came in 2013 when the Terps won 43-10 in College Park. They led 40-10 at the half in that game. That 2013 game was the first game as FIU head coach for former Illinois head coach Ron Turner. The only other time Maryland played at FIU came in 2007 when they won 26-10. FIU is 0-4 all-time against Big Ten teams with each loss coming by at least 14 points.

3. Maryland is trying to start 2-0 for the fourth time in the last five seasons. Last year, they lost at home to Bowling Green in their second game of the season. Looking ahead, the Terps could have a chance to start 4-0 if they play like they did in their season opener. Maryland?s first 4 games are against teams that are a combined 10-41 dating back to last season.

4. Maryland had a dominating performance in its opener against Howard. The 52 points were the most by a Terps head coach in his debut since Maryland scored 60 points in 1945 against Guilford College under Bear Bryant. It was the third straight year that Maryland scored at least 50 points in its opener. The Terps had 519 total yards, which was the fourth-most in a game by a Maryland team in the last 10 seasons. They also had 35 points in the first half, which was its most in a half since scoring 40 against FIU in 2013.

5. Maryland was able to get a big lead by running the ball effectively. They had 6 different players run for a touchdown in a game for the first time since at least 1980. How balanced were they in the running game? No player had more than nine carries and the top six players ranged from 40 to 67 rushing yards. Of those 6 players, only Ty Johnson and Kenneth Goins were on last year?s roster.