Buy or Sell: Should Big Ten fear Michigan? Time to worry about NU? 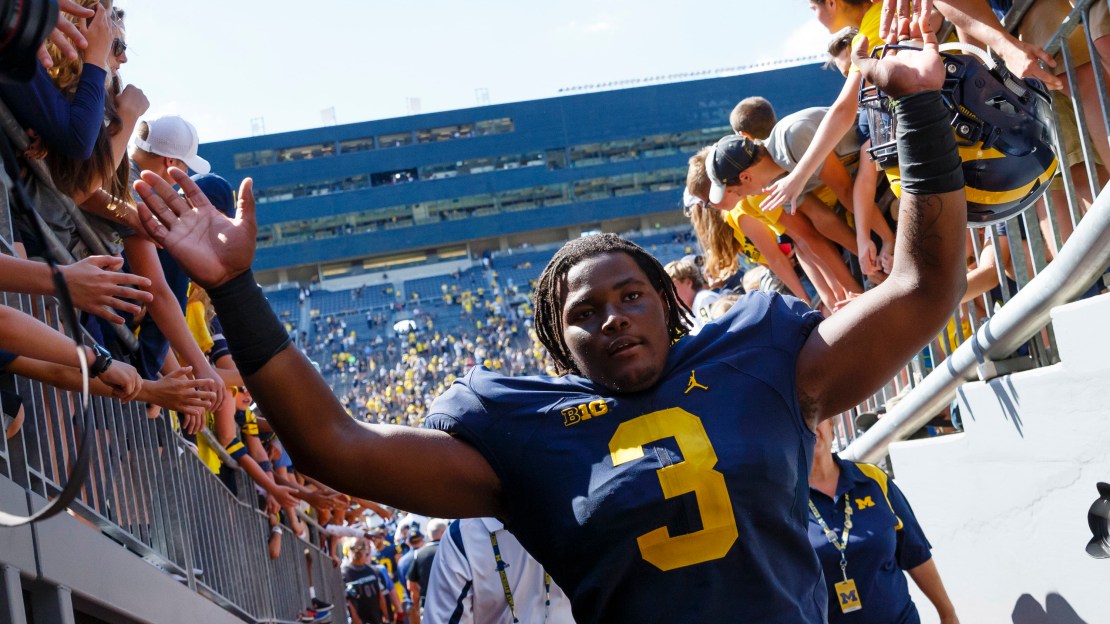 I have had time to digest what I witnessed on the opening weekend that saw the Big Ten go 12-2, highlighted by Wisconsin's comeback win over No. 5 LSU at Lambeau Field.

The Big Ten should fear Michigan?

BUY. Be afraid ? very afraid of Jim Harbaugh?s second edition in Ann Arbor. After tossing a pick on his first attempt, QB Wilton Speight settled down to hit 10-of-13 passes for 145 yards with three TDs. And how about true freshman back Chris Evans? The kid ran eight times for 112 yards and two scores in the 63-3 demolition of Hawaii that saw the Wolverines gain 512 yards. And the defense looks primed to live up to massive expectations in allowing only 232 yards. If Michigan doesn?t start 7-0, it will be a huge shock.

Wisconsin the best team in the Big Ten West?

SELL. Hey, I was wowed by the Badgers? 16-14 victory over LSU. It?s a big confidence boost. In its last two games, Wisconsin has beaten USC and LSU. Not bad. There is a lot to like in Madison, but QB Bart Houston needs to be smarter with the football after tossing two picks vs. LSU. The good news: RB Corey Clement looks good after a sports hernia injury ruined 2015, as he had 86 yards rushing on 21 totes. And the defense looks good. But I wonder how good LSU is on offense. The Bayou Bengals came into last week?s game ranked No. 5. But, the lack of good quarterback play makes the offense ordinary beyond star running back Leonard Fournette. I still think Iowa is the team to beat in the West. FYI: Wisconsin is at Iowa on Oct. 22.

Northwestern should be worried after getting dumped in its opener at home vs. a MAC team?

SELL. No need to panic in Evanston. It?s just one game. The lid barley has been taken off the season. Yes, Western Michigan is a MAC team. But, it?s probably the best team in the conference. This still is a good Northwestern squad that was poised to walk away with a win if not for a late-game fumble out of the end zone by QB Clayton Thorson that resulted in a touchback and turnover. If that doesn?t happen, NU probably boots a chippy field goal to win the game. Instead, Northwestern lost, 22-21. This was a 10-win team last year. And, it should end up being solid again. But, the offense continues to yearn for pop after notching just 319 yards.

Ohio State is the team to beat in the Big Ten?

BUY. I know. I know. It?s just one game. Still, the Buckeyes looked deadly in dismantling Bowling Green, 77-10. How deadly? The Buckeyes rocked and rolled to a school single-game record 776 yards of offense with a rebuilt offensive line, a new running back and a largely new cast of characters at receiver. QB J.T. Barrett is a vet. And he looked very Heisman-worthy with a school-record seven TDs responsible for. Tulsa is next on the to-do list. Poor Tulsa. Then comes a trip to Oklahoma. Interesting.

David Blough is the answer to Purdue?s QB woes under Darrell Hazell?

BUY. The sophomore showed some flash last season when he took over for Austin Appleby, who has transferred to Florida. And Blough looked poised in a nice win vs. Eastern Kentucky in the opener, hitting 25-of-43 passes for 245 yards with a touchdown and pick. Blough is mobile, smart and has an underrated arm and nice skill around him. The Boilermakers? season hinges on the kid. The next two games are huge, at home vs. Cincinnati and Nevada. Purdue probably needs to win both to have a good season. No pressure.

The new offensive coordinators at Minnesota and Penn State still have a lot to prove?

BUY. Gophers coach Tracy Claeys and Nittany Lions boss James Franklin each made changes at offensive coordinator. Claeys hired Jay Johnson from Louisiana-Lafayette. Franklin tabbed Joe Moorhead from Fordham. But neither offense wowed in the opener. Minnesota generated just 280 yards in a 30-23 win vs. Oregon State. QB Mitch Leidner hit only 13-of-26 passes for 130 yards. Penn State did better with 354 yards in a 33-13 win vs. Kent State. But QB Trace McSorley completed just 16-of-31 passes for 209 yards with two TDs. Things should improve over time.

SELL. The Spartans can use this early off week to prep for a Notre Dame squad that looks very good. Did you see the Irish in that epic double-OT loss at Texas? Brian Kelly has a good team. So, winning under the Golden Dome on Sept. 17 will be daunting for MSU. The Spartans looked pedestrian in a 28-13 opener vs. FCS Furman, failing to quell any fears about replacing a lot of key personnel. MSU was just serviceable on offense. No doubt, the Spartans must get a lot better if they want to beat Notre Dame. The time off can only help.