Dienhart: Here's what I learned at Wisconsin football practice 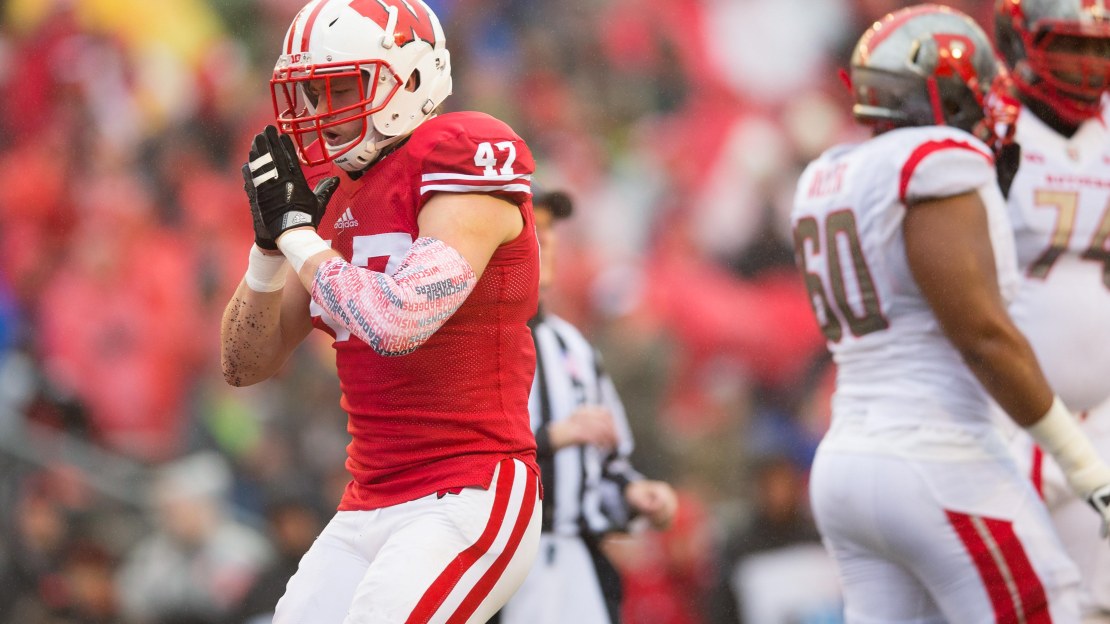 MADISON, Wis. — Wisconsin is looking to get back to the summit in the Big Ten West. But the Badgers have some big obstacles to overcome.

Goal No. 1: Find a quarterback. And how will a rebuilt secondary perform? Is star RB Corey Clement back to his 2014 form?

Here is what I learned at Wisconsin practice.

1. The offensive line will be good. Last year, the front struggled with injury, a lack of experience and depth issues. But the Badger offensive line looks like it?s ready to regain its usual dominating form. UW started seven different line combos last season. Not ideal. The unit projects to start Ryan Ramczyk at left tackle (who was out today); Micah Kapoi at left guard; Michael Dieter at center; Beau Benzschawel at right guard; Jacob Maxwell at right tackle. Dan Voltz figures in somewhere on the interior (left guard) if he is over an ACL injury. He was out today. Depth at tackle is dicey.

2. The QB battle continues between Bart Houston and Alex Hornibrook. Houston, a fifth-year senior, has some experience and has his moments. But keep an eye on Hornibrook, a redshirt freshman. He committed to Paul Chryst when he was at Pitt and followed him to Madison. He?s a lefty with some upside. Houston?s arm is stronger than Hornibrook, who is a bit niftier with his feet. Also, Hornibrook is more accurate. That?s big. But, neither looked great today. Stay tuned. But know this: Chryst has said Hornibrook will have to beat out Houston.

QB situation tough to call at Wisconsin. If I had to pick one based on today, would be Hornibrook, as Houston has made some mistakes

3. This team needs a No. 1 receiver with Alex Erickson gone. There are some nice options in Robert Wheelwright and Jazz Peavy. Wheelwright certainly looks the part and has the tools to be a top threat down field. Last year, he established personal bests for catches (32), receiving yards (416) and touchdowns (four) despite missing the last four regular-season games with a broken leg. Peavy had to deal with hamstring injuries before last season but still finished with 20 catches for 268 yards. George Rushing and Reggie Love will figure in the rotation. Rushing has had a nice camp. Keep an eye on three true freshmen: A.J. Taylor, Quintez Cephus and Kendric Pryor. One or more may crack the rotation.

4. The secondary is coming along, as three new starters are being worked in. The safety spots are the top concern in the back end with Michael Caputo and Tanner McEvoy gone. At safety, Leo Musso and D?Cota Dixon look like the top options with Arrington Farrar. At corner, Sojourn Shelton is the lone starter back in the secondary with fellow corner Darius Hillary gone. Hillary usually guarded the other team?s No. 1 WR. Derrick Tindal looks ready to step in. He has had a nice camp. Natrell Jamerson is a third CB to watch.

5. The LB corps looks good. Yes, T.J. Edwards is out indefinitely with a foot injury. He was the Badgers? top tackler in 2015. But the unit still has Jack Cichy, T.J. Watt, Chris Orr and Vince Biegel, the best of the bunch. Ryan Connelly and Nick Thomas are capable of moving into the lineup if needed.

T.J. Watt is part of a nice collection of @BadgerFootball LBs. pic.twitter.com/8HIV86NDP6