Dienhart: Here's what I learned at Nebraska football practice 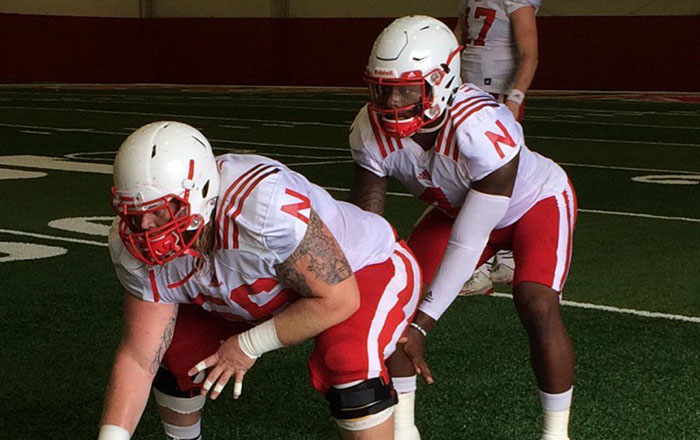 LINCOLN, Neb. — Mike Riley is looking for more in his second season in Lincoln. His debut was marked by myriad close losses. The good news: The Huskers finished 2015 on a roll, capping the season with a big bowl win over UCLA.

There are some good building blocks moving forward as Nebraska, which is searching for its first conference title of any sort since 1999, looks to make a move in the Big Ten West.

Here is what I learned at Cornhusker practice.

1. This will be one of the top corps of wideouts in the Big Ten. Indiana, Michigan and Penn State have nice receiver units. And the Huskers? could be as good, if not better. Alonzo Moore, Jordan Westerkamp, Brandon Reilly and Stanley Morgan are key vets. And De?Mornay Pierson-El is back from injury and looks dynamic once again. He?s a playmaker, a difference-maker. And Cethan Carter is a veteran tight end. QB Tommy Armstrong needs to get these guys the ball ? often. But NU must also stay true to its ground game.

2. This should be a strong group of linebackers. The group is led by seniors Josh Banderas and Michael Rose-Ivey. And sophomore Dedrick Young looks like he could be a star. This is an athletic group that showed it can cover a lot of ground. And the linebackers may have to play a big role as the defensive develops.

3. The d-line looks like a work in progress. New line coach John Parrella is doing his part. The guy is an enthusiastic coach who oozes passion, a former Husker who loves this school. But he has some big holes to fill, especially at tackle. Kevin Maurice and Mick Stoltenberg need to play well. And keep an eye on redshirt freshmen twins Khalil and Carlos Davis. And who will rush the passer? Freedom Akinmoladun has some fast-twitch. Ross Dzuris ran with the first-team today. Stay tuned.

It will be fun to watch Carlos Davis and his twin Khalil develop at DT for @HuskerFBNation. They look promising. pic.twitter.com/9VwnV0gbxI

4. Tommy Armstrong is what he is at this point of his career. He never is going to be an elite passer and he's going to commit turnovers, but he has good arm strength, lots of experience and the ability to make something out of nothing. No Big Ten quarterback is as explosive or deadly as Armstrong, who could be poised for a big senior season-especially if he limits his mistakes and makes good decisions in the pocket. He looked good today.

.@Tommy_Gun4 threading one in near the sideline pic.twitter.com/IuV6IDnV4c

5. The offensive line has potential. Left tackle Nick Gates is the real deal who is the anchor up front. He is next to guard Jerald Foster, who was limited today. Senior Dylan Utter calls the shots at center and may be one of the Big Ten?s best. And the right side is manned by powerful Tanner Farmer at guard and David Knevel at tackle, a 6-9 giant. This group needs to get a push for a nice collection of running backs.