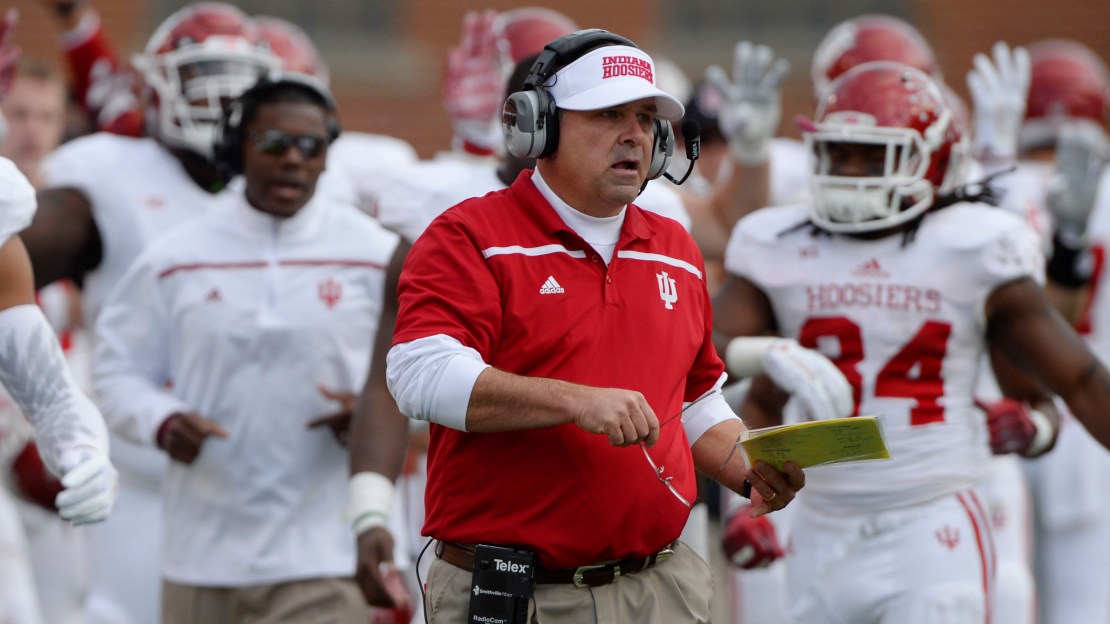 Rolling through the hills of Pennsylvania on the Big Ten Network bus, what better time than now to dip into my Big Ten Mailbag? Exactly. I look at the continued perceived disrespect of Michigan State. And would Wisconsin be the West Division fav if it had a veteran QB? How will Purdue?s schedule break down? That and more.

You certainly disrespected Michigan State if your story of ?best chance for Big Ten teams to get upset.? Are the Spartans now chopped liver? Looks like you just fall in line with others, overlooking Sparty. Interesting. – Roger Elliott

Look, I respect the Spartans. What Mark Dantonio has built in East Lansing is impressive with double-digit wins in five of the last six years. But this year?s team has some big holes to fill along the offensive and defensive lines. The receiving corps also has something to prove. And is Tyler O?Connor the answer at quarterback? The non-con game at Notre Dame will be a nice early-season litmus test. MSU is helped by playing Ohio State and Michigan in Spartan Stadium. Bottom line: The 2016 Spartans have some vulnerability.

Do you seriously believe that IU can compete with the elite of the Big Ten? I am a Hoosier through and through and feel that the season will be just like all the others. But, we should beat Purdue handily. – Bill Powell

Competing with the Big Ten elite annually may be difficult. But the Hoosiers have held their own with Michigan and Ohio State of late. Heck, last year, IU lost only 34-27 to No. 1 Ohio State. And Michigan needed double overtime to subdue the Hoosiers, 48-41. Indiana easily could have won both games. IU could make a move this fall if the defense of new coordinator Tom Allen has some teeth. The offense? It will be A-OK. This is Kevin Wilson?s most talented Hoosier team yet. Things should just keep getting better.

Who will start at QB for Penn State and why? – Bob Snyder

It?s a battle between Trace McSorley and Tommy Stevens. McSorley looked good in relief of an injured Christian Hackenberg in the bowl game last year. But there is a difference between being thrown into the fire and doing well-and knowing you are the starter, having time to think about it, and thriving against defenses that know what you can do. Both signal-callers are good fits for the new offense of coordinator Joe Moorhead. Still, in the end, I think McSorley will be the guy based on his experience. This is a pivotal year for James Franklin. He knows he needs to make a move in Year Three. And McSorley?s experience is a bonus.

If Wisconsin didn't have such a brutal schedule, would people be discussing the Badgers more as a favorite in the West? – Josh

Possibly. But yes, the schedule is brutal. It begins with a tilt vs. LSU in Green Bay. And the Big Ten slate opens thusly: at Michigan State, at Michigan, Ohio State, at Iowa, Nebraska, at Northwestern. Even with a veteran back under center, picking the Badgers may have been tough to do. Iowa likely would still have been the pick of most pundits.

I personally think it is about time that LeShun Daniels is the feature back for the Hawkeyes. Do you see him being the workhorse? Or will we see a running back-by-committee with Daniels and Akrum Wadley sharing duties? – Matt Patten

Some nice options in the Iowa backfield. You know Kirk Ferentz wants to run the ball. And, he should have a nice line to do that. I like Daniels a lot. He is a big, physical back. But he has had some problems staying healthy, so I think there will be plenty of opportunities for other backs, in particular Akrum Wadley, he of the out-of-nowhere four-touchdown performance last year at Northwestern, as the staff figures to want to keep the backs fresh for a long season.

I see you have been breaking down schedules lately. Can you do Purdue?s? – Matt P.

OK. This is a big year for Darrell Hazell, who is 6-30 in three seasons in West Lafayette. He needs to show some improvement. Hazell overhauled his staff. And he?ll soon be working for a new A.D. Time to shine, Darrell.

That?s 4-8. Is that ambitious? Maybe so. You can mix or match who you think the four wins would come against. Regardless, it may be important for the Boilermakers to reach that four-win level-or maybe more. According to Phil Steele, Purdue is the most experienced team in the Big Ten and the 11th most experienced in the nation. And the Boilers? schedule isn?t daunting with three non-league games at home and none vs. Power Five clubs. Lots must go right for Purdue-the line play on both sides of the ball needs to step up, and the QB spot needs to stabilize. This is gonna be an interesting 2016 in West Lafayette.