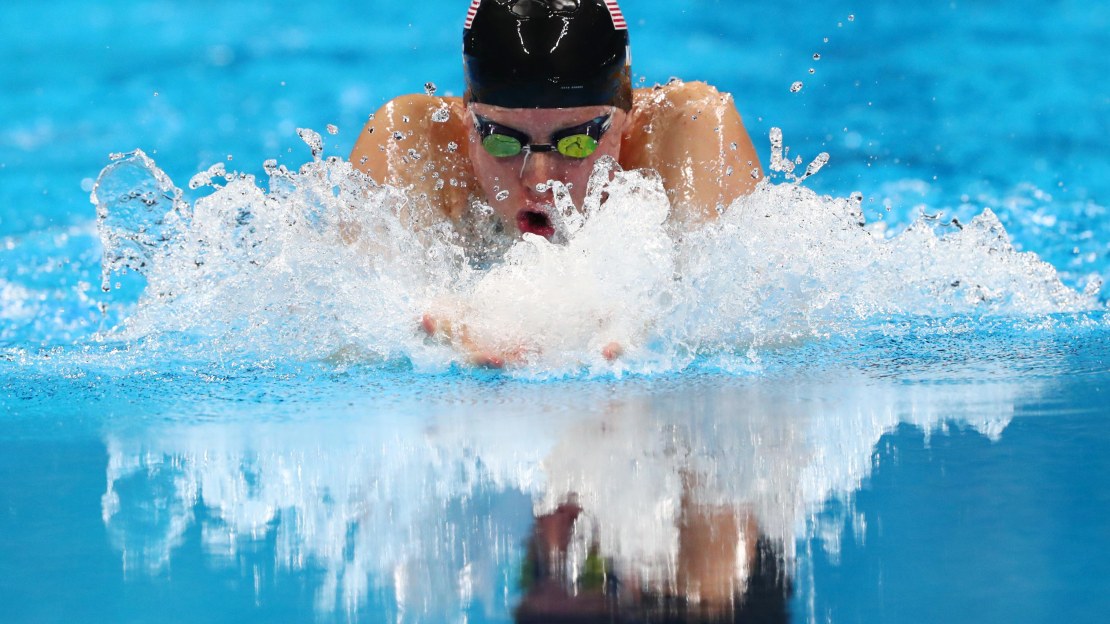 Indiana rising sophomore swimmer Lilly King has to be the darling of the Rio Olympics, right?

King, 19, claimed gold and set an Olympic record in the 100-meter breaststroke (1:04.93) Monday night, besting Russian rival Yulia Efimova, who has failed two drug tests and served a 16-month suspension, in one of the Olympics' most anticipated events.

The Indiana star, the 2016 NCAA Champion in the 100 and 200 breaststroke, unanimous 2016 Big Ten Swimmer of the Year and 2016 All-America, has been outspoken about dopers; in fact, she was caught on camera finger wagging back at a finger-wagging Efimova who did the celebration to a chorus of boos after winning her heat in the semifinals Sunday. If you didn't catch the moment, watch it here.

"We can still compete clean and do well at the Olympic games, and that's how it should be." Watch soundbite here.

Congrats @_king_lil on the Gold Medal. Had the IU defensive staff going crazy. @jessicaparratto you are next!! #IU Hoosiers

Congrats @_king_lil ?? Man that's an amazing accomplishment! You deserve it??

Congrats to Indiana native @_king_lil.. Calling her shot like The Great Bambino.. Winning gold over a cheating Russian #AmericanBadass

Lilly King is going to be the darling of the American sports media over the next 24 hours.

Raise your ?? if you pumped your ? when #LillyKing won ?#RioOlympics2016

Chuck Norris thinks Lilly King is all kinds of awesome.

Reminder: @_king_lil has three years of eligibility left for @IUSwimAndDive. It'll be like the Billy Madison dodgeball scene. #IUinRio

Haven't seen an athlete back up their talk that well — and that quickly — in some time. How 'bout Lilly King??