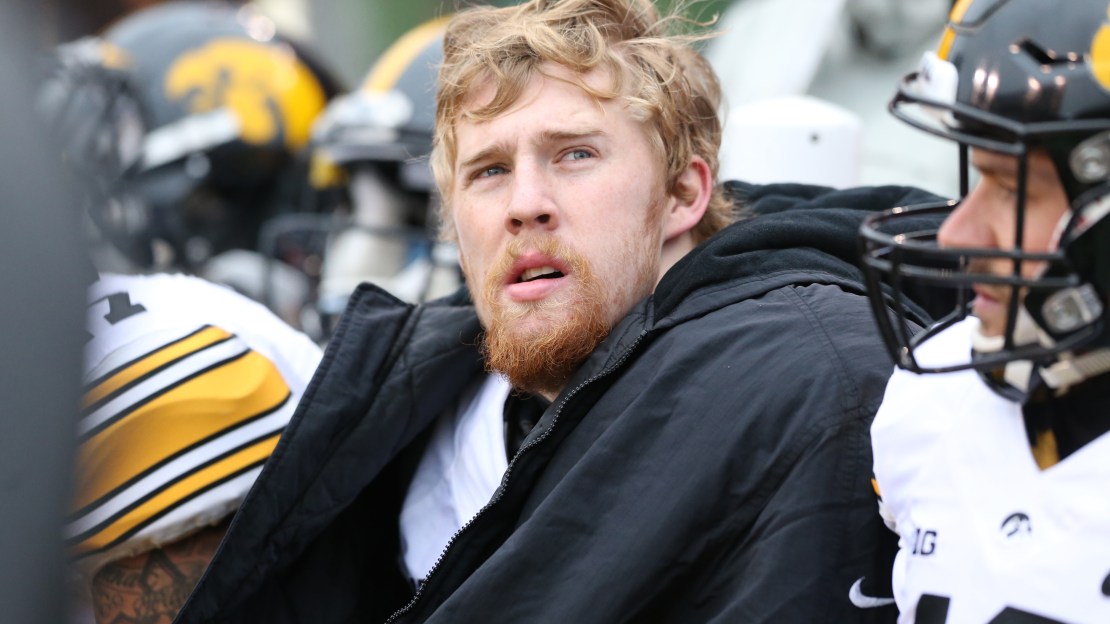 Going through my Big Ten Mailbag on a hot Friday afternoon. And what do I find? Questions about the 2016 records for Michigan State and Minnesota, among others. And is C.J. Beathard a Heisman contender?

How many games will Michigan State win this season? – Ben

Let?s have a look.

Add it up, and that is an 8-4 record. You can quibble with who I have MSU losing to. Still, it?s kinda difficult for me to envision this team going 9-3, given its questions on the offensive and defensive lines, in addition to breaking in a new quarterback. Then again, the Spartans thrive in the underdog role, so maybe they will win the East again with another double-digit win total.

I'm expecting big things from Iowa QB C.J. Beathard. Am I just biased? He did what he did last year despite battling injury. I think if he is healthy all year, teams are going to have a hard time stopping him. I think Beathard joins the Heisman chase and Iowa meets Ohio State in the Big Ten title game. – Mark

You are correct about Beathard. He did very well last season despite playing injured most of the season. What can he do in 2016 if healthy? The possibilities are fun to think about, especially if an inexperienced receiving corps suffers no learning curve. No doubt, the Hawkeyes are the favorite to win the West with Beathard at the controls. If he can lead Iowa to the Big Ten title and a playoff spot, Beathard figures to be a Heisman contender.

Looking at Minnesota's schedule this year, I see five "probable wins" with home games against Oregon State, Indiana State, Colorado State, Rutgers and Purdue.
I see five games where the Gophers could win or pull of an upset: at Penn State, Maryland and Illinois and home games vs Iowa and Northwestern. I see two definite losses at Nebraska and Wisconsin. How do you see the schedule playing out? – Jeff

It will be a fun season in Dinkytown. In fact, I think the Golden Gophers could win the Big Ten West, as long as the offense gets better run-pass balance and a rebuilt secondary comes together quickly. It also will be key for senior QB Mitch Leidner to stay healthy. The schedule also is favorable.

Here is my breakdown of the Gopher slate.

So, a 9-3 mark is possible. If that happens, the Gophers just may win the West. Maybe I am being a bit overzealous. Still, an 8-4 mark looks very possible. A 7-5 record would be a bit disappointing.

Who do you think will be the QB at Penn State? – Joe

Most people feel Trace McSorley will get the job over Tommy Stevens. McSorley came on for an injured Christian Hackenberg in the bowl game and almost rallied the Nittany Lions to victory vs. Georgia. The good news: Whoever is quarterback will have an array of skill-position talent to work with.

What are some of the big non-conference games you are looking forward to? – Matt P.

While there are fewer non-con games this season, as Big Ten schools will play just three as the league moves to playing nine conference games, there still are some nice matchups. Some that I am looking forward to:

Take note, Sept. 17 is the big Saturday, as that?s when MSU is at ND, Oregon goes to Nebraska and OSU goes to Oklahoma.

Who do you think will do better in his first year: Chris Ash at Rutgers or DJ Durkin at Maryland? – Joey

Both had a good chance for success right out of the gate, but each faces some big questions. Hey, they have these jobs for a reason. Things need to be fixed.

Maryland ranked 11th in scoring defense (34.4 ppg) and 11th in total defense (421.2 ypg). The offense also has problems. No school in the nation turned the ball over more than Maryland?s 36. And the quarterback play was abysmal, as the Terps tossed a national-high 29 interceptions for a program that had a conference worst minus-18 turnover margin. The aerial attack was No. 13 in the Big Ten (174.3 ypg).

In the end, I think Durkin?s Terrapins will have a better record this fall than Ash?s Scarlet Knights. I like Maryland?s potential in the trenches. And I like the Terps? skill-position talent-and schedule, too.