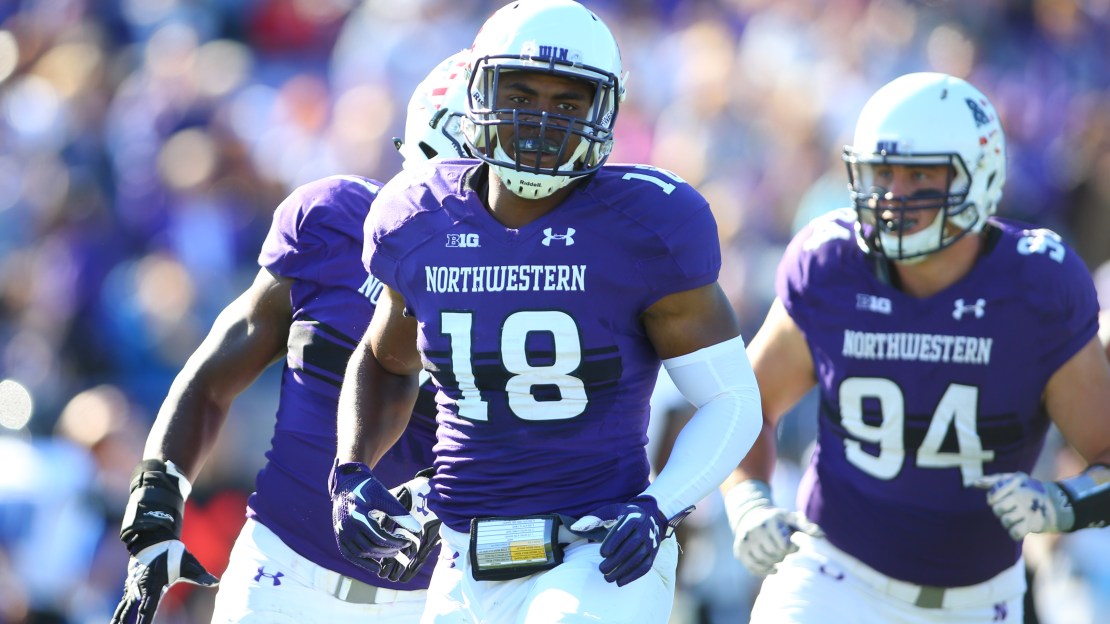 Northwestern All-American Anthony Walker is one of the nation's elite linebackers, so most educated college football fans know all about him.

For those unaware of him or letting him fly under the radar, Northwestern is making sure to keep one of its best defensive players ever on everyone's mind.

It's doing so in a very fun and creative way, too, promoting Walker as "The Franchise," complete with a slick lunchbox, t-shirt and comic book.

Walker, who is on pretty much every watch list he's eligible for, tallied 122 tackles, including 20.5 tackles for loss, last season.

This isn't the first time Northwestern has come up with a creative marketing plan; in 2011, there was the "Persa Strong" promotion that included sending media members a pair of seven-pound dumbbells (Persa wore No. 7) to push the then-quarterback's Heisman campaign.

Watch the team's "The Franchise" video above, and see exactly what select media members are receiving as part of the promotion below.