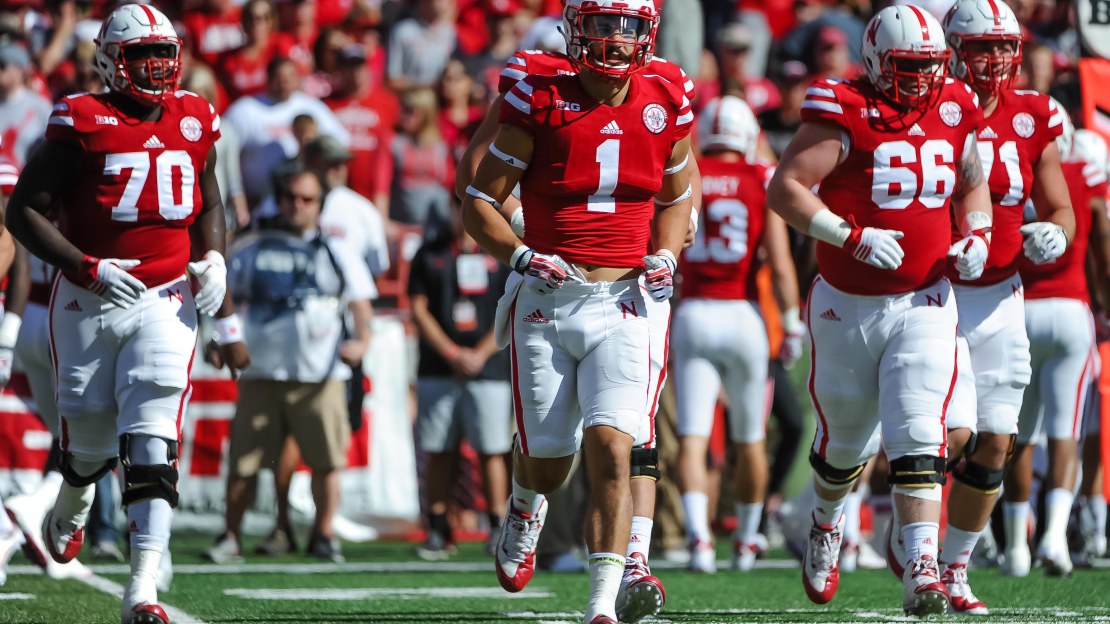 When you think of Nebraska, you think of ground-pounding offenses. Mike Riley wants to commit to the rush game in 2016. But, he?ll surely also want to take advantage of what looks like the top set of pass catchers in the West Division.

Here is my ranking of the Big Ten West pass-catchers.

1. Nebraska. No shortage of options for QB Tommy Armstrong with seniors Brandon Reilly, Jordan Westerkamp and Alonzo Moore leading the way. And speedy junior De?Mornay Pierson-El is back from injury. He is one of the most exciting players in America. Sophomore Stanley Morgan Jr. may emerge. Tight end is in good shape with senior Cethan Carter, one of the Big Ten?s best. This may be the top collection of pass catchers in the Big Ten. Can the staff maximize its abilities?

2. Iowa. Long a pedestrian lot, this collection of Hawkeye wideouts may be a cut above. Seniors Matt VandeBerg and Riley McCarron are steady options that find a way to get open. Sophomore Jerminic Smith could be primed for a breakout. He?s exciting. Junior Jonathan Parker and sophomore Jay Scheel must play bigger roles with Tevaun Smith gone. Senior George Kittle could be one of the Big Ten?s best tight ends. He looks like the total package. QB C.J. Beathard is gonna love these guys.

3. Wisconsin. A go-to guy is needed with Alex Erickson gone. Senior Robert Wheelwright and junior Jazz Peavy are being counted on to help the new quarterback. And more is needed from senior Reggie Love and junior George Rushing. Tight end is always a strong suit in Madison. Junior Troy Fumagalli is a good one. Redshirt freshman Kyle Penniston is one to watch.

4. Minnesota. This looks like an underrated group. Who will replace the production of KJ Maye? It could be junior tight end Brandon Lingen. Senior Drew Wolitarsky brings savvy on the edge but needs consistency. At 6-5, sophomore Rashad Still is a rangy option. Eric Carter is a diminutive target with speed. And keep an eye on sophomore Melvin Holland.

5. Illinois. It?s too bad Mikey Dudek will miss yet another season with an ACL injury after his monster freshman year in 2014. And Geronimo Allison will be missed. Still, there are some weapons in senior Justin Hardee and junior Malik Turner. Hardee is back from injury; Turner looks like the go-to man. Sophomore Desmond Cain was a break out star in 2015. A tight end needs to emerge.

6. Northwestern. This offense needs more from its passing game. That means this group must play better. Drops were an issue last season. Juniors Solomon Vault (running back) and Marcus McShepard (defensive back) moved from other spots in hopes of bolstering this corps. Senior Austin Carr is a former walk-on who must set the tone. Others to watch: sophomore Flynn Nagel and redshirt freshman Charlie Fessler. Garrett Dickerson looks like the real deal at superback as he takes over for Dan Vitale. NU averaged a Big Ten-low 4.5 yards per play in 2015. More big plays are needed.

7. Purdue. Losing Danny Anthrop hurts, but potential looms with seniors D?Angelo Yancey, Cameron Posey and Domonique Young. Yancey may have star power. Junior Gregory Phillips also could be a factor for a unit that needs to make plays for whoever wins the QB job. The tight end spot has been a black hole for years. Maybe sophomore Cole Herdman can be an option over the middle.