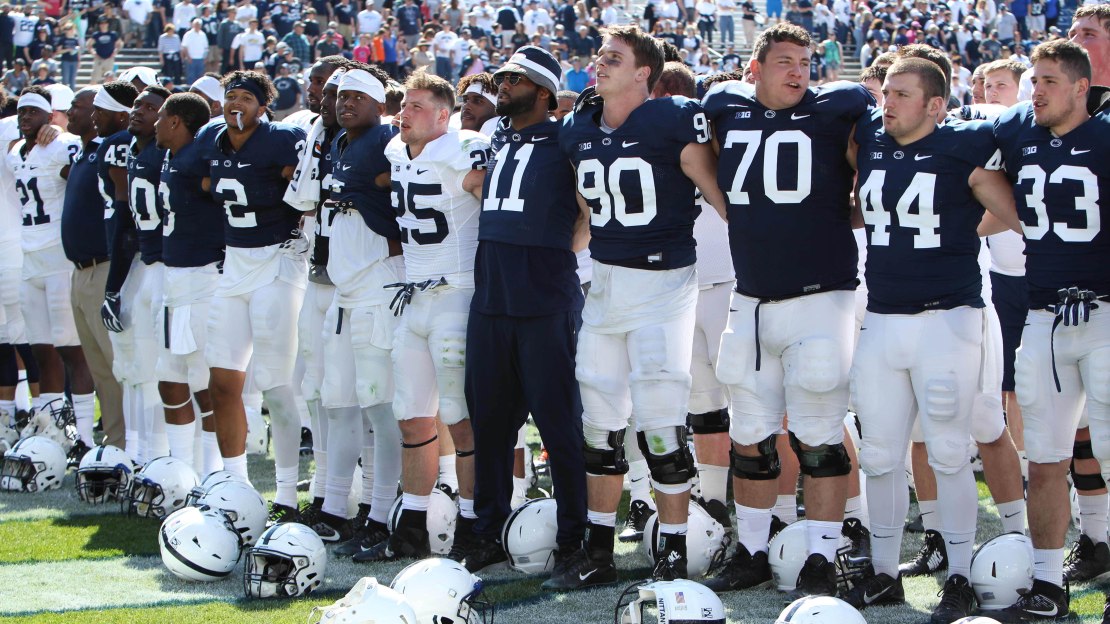 How many wins can Penn State get this season? This podcast from Pennlive.com discusses the issue. PSU has a tough slate in what is a key season for James Franklin.

There is no other Big Ten player who is headed to the NBA that intrigues me more than Indiana?s Yogi Ferrell. And the fact he?s motivated to ?prove my worth,? I expect him to excel. But, he may not even be drafted.

Some non-conference basketball schedules are falling into place. Minnesota?s is one of them, as the school announced a game vs. Vanderbilt in Sioux Falls, S.D..

The Gophers played in Sioux Falls last season and lost 62-60 to Oklahoma State in front of a sellout crowd. Although Vanderbilt and Minnesota have played each other on four previous occasions, this will be the first time they?ve faced each other since the 1959-60 season, according to the St. Paul Pioneer Press.

Yes, football is a lot of drudgery. But Chris Ash is trying to make things as fun as he can for his players with arm wrestling, basketball and more. Check it out.

Jim Harbaugh put QBs through a unique drill to find the top athlete in the group at a recent camp.

What did he do? Harbaugh had quarterbacks play soccer and run baseball drills. They also played a little dodge ball. The inspiration for all of this, according to Mlive.com?

"It's in the name of Bill Walsh," Harbaugh said over the weekend. "I spent time with Bill Walsh, before he passed away, during my first year at Stanford. And I asked him one day 'What do you look for in a quarterback?' And he said 'athletic instincts.' "

Score another ?win? for Harbaugh.

Could Jarrod Uthoff be a first-round pick? Perhaps.

Big news at Northwestern last week, as plans to renovate Welsh-Ryan Arena were announced. This is LONG overdue. InsideNU.com has some takeaways.

NU A.D. Jim Phillips is very pumped. And, he should be! This could be the proverbial next step in the evolution of a Wildcat hoop program that has all types of mojo under Chris Collins as it looks for its first NCAA bid. Oh, it?s coming.

In case you missed this, ex-Nebraska LB Lavonte David was named the No. 53 player in the NFL by his peers. The Tampa Bay Buccaneers linebacker was selected to his first Pro Bowl in 2016, finishing with a career-high 147 tackles, three sacks, three interceptions and forced two fumbles.

Mlive.com has a history of the Michigan and Michigan State QB signees from the last 10 years. Some good signal-callers in this group. Kirk Cousins is still my fav.

The Cleveland Browns will scrimmage again at Ohio Stadium. The Browns and Ohio State announced on Wednesday that the 2016 Orange and Brown Scrimmage will be held at Ohio Stadium on Saturday, Aug. 6. The game will kick off at 3 p.m. and end around 5:30 p.m. Admission will be free to all fans. Last year, 49,734 fans attended the scrimmage, the most at a Browns scrimmage or a Family Day since they started keeping attendance in 2005.