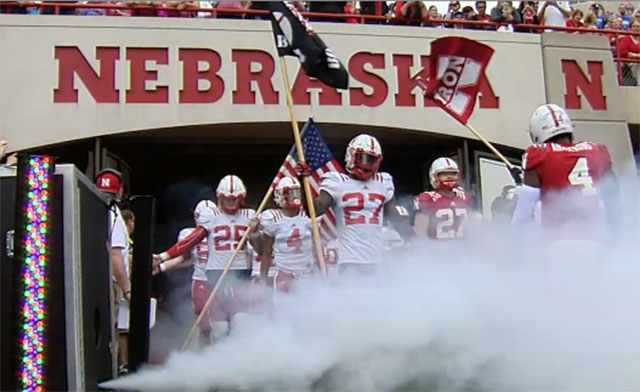 Sifting through my mail bag on a warm spring day and what do I find? Questions about Nebraska?s 2016 prospects, Indiana?s spring game, Wisconsin's quarterback situation and more. Let?s go!

Reminder: All available Big Ten spring football games are on BTN2Go, so you can watch games that already happened and get ready for ones coming up. I'll be at Michigan State's game on Saturday – it's one of four games on the final weekend of spring football. All games are listed here with links to watch each live on BTN2Go.

After watching the spring game, what is your prediction for the Husker's 2016 season? – Chris Randall

I think Nebraska has a shot to contend in the West. The big keys will be getting more consistent play from Tommy Armstrong at quarterback. He needs to make more prudent decisions and limit turnovers. And both lines have something to prove, especially on defense. The interior lost key players in Maliek Collins and Vincent Valentine, and Greg McMullen has left the team. And who will rush the passer off the edge? This program is still searching for its next Randy Gregory. Still, there are many other things to like about this team. And there no doubt will be urgency coming off a dubious 6-7 debut for Mike Riley.

Do you believe, as some do, that Mike Riley and Danny Langsdorf are slow playing Patrick O'Brien to reduce the pressure of expectations by the fans on the young QB? – Thomas Mason

Perhaps. There are great expectations at the feet of O?Brien, a ballyhooed kid from Cali who arrived early in Lincoln with a fat scrapbook. He did not wow in the spring game, but you can see the potential. Sitting a year may not be a bad thing for O?Brien. Then again, perhaps the staff would like the kid to see some action in anticipation of competing for the job in 2017.

What five things did you learn from watching the IU football spring game? – Al Pittman

Often this spring events aren?t really games, but they give us a bit of an indication of what?s ahead for each school. Indiana?s case, much will depend on two key factors: 1. Can new defensive coordinator Tom Allen make an impact? For too long, the Hoosier defense has been an albatross around the neck of this program. Allen arrived from South Florida with some new ideas and a 4-2-5 scheme. If he can make this just an average defense, it would be a boon. 2. Quarterback. Replacing Nate Sudfeld will be difficult. He was a savvy vet who knew how to run Kevin Wilson?s attack. JC transfer Richard Lagow offers hope and could be an instant hit. He?ll probably need to be if IU wants to return to a bowl. Lagow looked OK in the spring game, as he battles Danny Cameron. Zander Diamont will join the competition when he returns from injury. There also are freshmen Donovan Hale and Austin King. Bottom line: This could be a bowl team again, as Wilson has plenty of mojo working.

Do you see a true defensive pass rusher for Ohio State? – Richard Creith

I am not sure if there is a player the ilk of Joey Bosa. But I like Sam Hubbard a lot. He is built like Bosa but lacks the overall explosive ability. Still, Hubbard could be special. Jalyn Holmes and Tyquan Lewis could be solid pass rushers, too. But keep an eye on true freshman Nick Bosa, the little brother of Joey. He is a mega recruit who could end up being a stud.

Who will be the quarterback for Wisconsin? – Helen Johnson

I think it will be Bart Houston. Only three scholarship signal-callers are on the roster as the Badgers look to replace Joel Stave. Houston is the only one to throw a pass, appearing in 15 career games. His senior savvy will be hard to top. The ball zips out of his hand. Alex Hornibrook drips with potential, while Kare? Lyles is an early enrollee. Basically, it?s a two-man battle. Houston played a lot in a win vs. Illinois last year in place of the injured Stave, while Hornibrook is a talented lefty passer who committed to Paul Chryst when he was at Pitt and followed him to Madison.