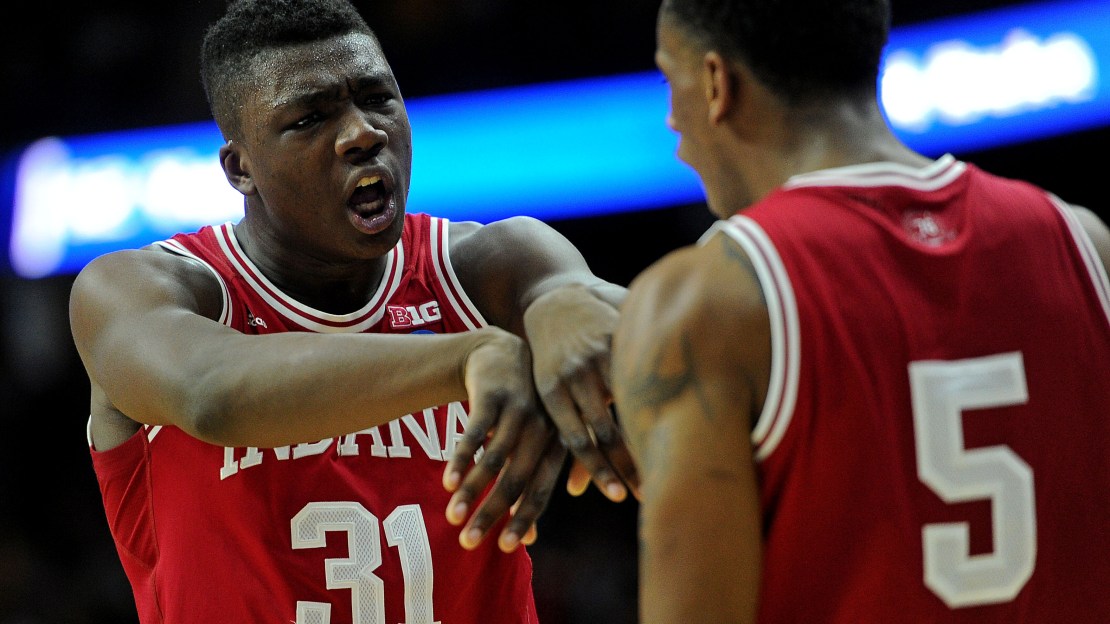 It?s all right there for the taking for Indiana in the East Region: A trip to the Final Four.

But, to get there, the Hoosiers will need to knock off mighty North Carolina, a No. 1 seeded squad that is peaking. The Tar Heels are a talented club that has experience. They won?t flinch or be intimidated.

The last time Indiana got to the Sweet 16, in 2013, it fell to Syracuse, 61-50. That was an uber-talented Hoosier squad that was a No. 1 seed and was led by Cody Zeller, Victor Oladipo and a freshman point man named Yogi Ferrell, who scored no points in the loss.

Can Indiana get over the Sweet 16 hurdle and continue what has been magical ride few anticipated back in October? Will Robert Johnson and Juwan Morgan be OK injury-wise? If not, IU?s task will be more difficult.

Indiana and North Carolina have some juicy NCAA tourney history. This will be Indiana?s first meeting with UNC in the NCAA tourney since the Hoosiers beat the Heels 72-68 in the Sweet 16 in 1984 before falling to Virginia. IU beat North Carolina to win the 1981 national title behind Isiah Thomas.

Best-case scenario: Why can?t Indiana beat No. 1 North Carolina? It can. The Hoosiers already have shown they were under-seeded at No. 5. This team was the undisputed Big Ten regular-season champion that is loaded with firepower, talent, versatility and confidence coming off that big triumph vs. No. 4 Kentucky in the second round. Beat UNC, and Indiana will play for a Final Four trip by taking on the winner of No. 6 Notre Dame and No. 7 Wisconsin, two foes that the Hoosiers are familiar with. Indiana beat the Fighting Irish in Indianapolis in December. And the Hoosiers split two games vs. Wisconsin, with each team winning on its home court. You?d have to like Indiana?s chances to beat either squad and advance to the Final Four for the first time since 2002, when the Hoosiers fell to Maryland in the national championship game.

Key player: Yogi Ferrell. He won a showdown with UK?s Tyler Ulis in the second round. Now, Ferrell will lock up with North Carolina point man Marcus Paige, who is a traditional point guard who limits turnovers and facilities the offense through UNC?s big men. Ferrell is more of a dynamic scorer whose full array of talent was on display in a tourney-opening win vs. No. 12 Chattanooga. Ferrell tallied 20 points with a season-high 10 rebounds. The senior notched 18 vs. No. 4 Kentucky and has 14 assists and just three turnovers in two NCAA games. Ferrell, the first Indiana player in more than 20 years to win more than one Big Ten regular-season title, has never advanced past the Sweet 16. That could change this year.

Key number: 28.6, Indiana?s shooting percentage from 3-point range in its win vs. Kentucky in the second round. The Hoosiers rank No. 2 in the Big Ten from beyond the arc, nailing 41.6 percent of their trifectas. With the Tar Heels owning an advantage in the front court, it will be imperative for IU to regain is stroke from long range if it wants to topple the Tar Heels.

Know North Carolina: Roy Williams is a seasoned NCAA coach who isn?t fazed by the bright lights and big stage. And he has a talented team that is anchored by a mammoth front line that is led by Brice Johnson, Justin Jackson, Kennedy Meeks and Isaiah Hicks. Johnson is the lynchpin, a senior who dominates on the glass and knows how to score. Jackson is an athletic option up front who can extend his game to the perimeter. IU big men Thomas Bryant, OG Anunoby and Max Bielfeldt need to step up, avoid foul trouble and hold their own.