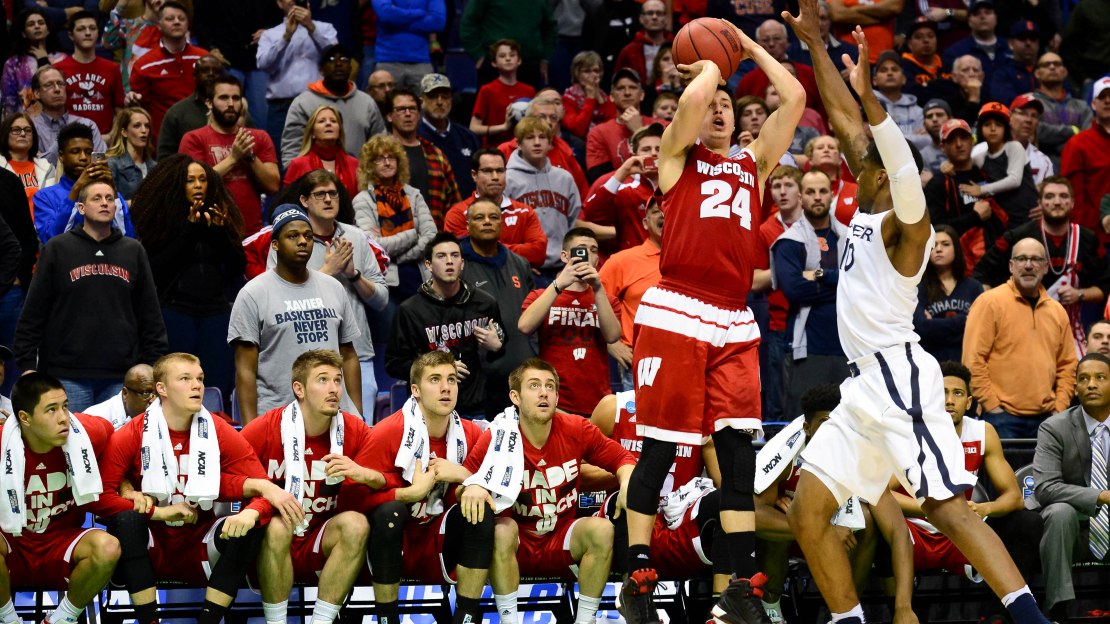 If there was ever any doubt about the latter, it was squashed by the 2015 national player of the year's must-see reaction to Bronson Koenig's game-winning buzzer-beater vs. Xavier on Sunday night.

The reaction was posted to Twitter (see the tweet above), and it was exactly what you'd expect from the always fun and entertaining Kaminsky.

The video starts with Kaminsky getting up from his couch and squatting as the play develops and the shot goes up.

After it went in to give Wisconsin the 66-63 upset victory, Kaminsky, like most every other Badgers fan, busted out into celebration, the highlight being a baseball slide.

With the win, Wisconsin advances to its third consecutive Sweet 16, the first two of which Kaminsky had a significant hand in. The Badgers will face sixth-seeded Notre Dame on Friday night.

Here's the video of Koenig's game-winner: