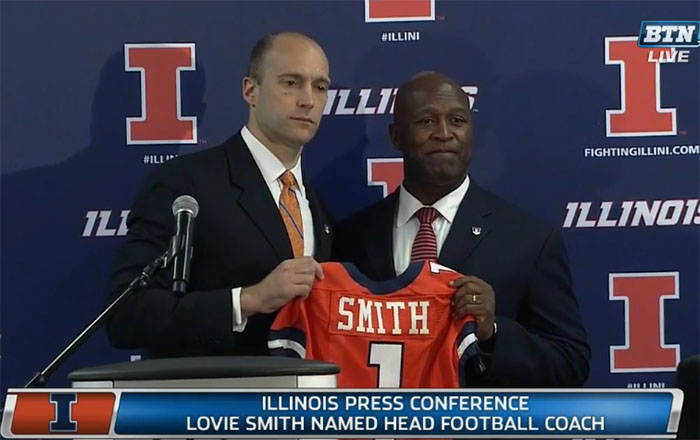 Lovie Smith was announced as the new Illinois football coach early Monday morning, and soon after the head coach was introduced to his new players.

Let's just say, as expected, the players approve of the hiring of a former NFL coach who led the hometown Chicago Bears to Super Bowl XLI.

The Illini gave Smith a standing ovation at his introduction in the team room.

Watch the reception in the video above.

Also, check out some of the Twitter reaction from the Illinois football family below.

?So now who's REALLY "Chicago Big Ten's Team?" Lol What a day to be an #Illini !

Congrats to coach smith on becoming @IlliniFootball football!! Good man for the job ??????

Speaking of Illinois football family tweets, if you missed it, former head coach Bill Cubit sent out a classy tweet.

Thanks to all who have been reaching out. Our family appreciates all your kindness