Dienhart: 'This is a fun, exciting … and scary time for Illinois' 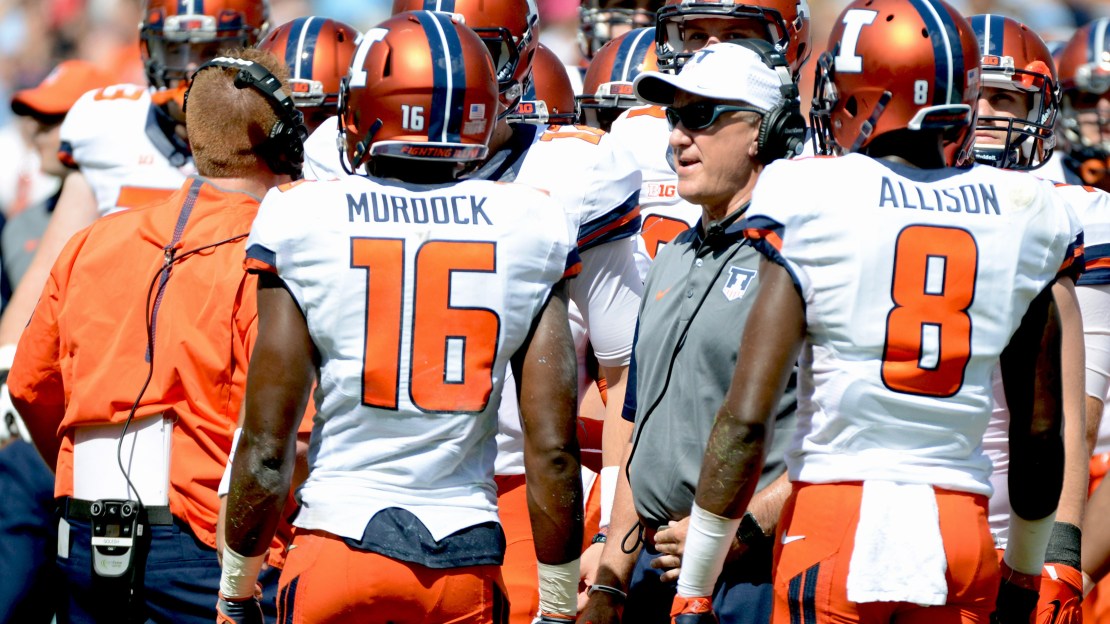 Illinois is turning the page ? again.

New A.D. Josh Whitman isn?t wasting any time in putting his stamp on the program, dropping a bomb by firing Bill Cubit on Saturday, his first official day on the job.

What?s next for Illinois, a school that since 2011 will have had four football coaches, three athletic directors and two hoops coaches?

Cubit was in a less-than-desirable situation with a two-year deal. He either should have been given a five-year contract or not been retained. Now, that point is moot with his dismissal.

?I appreciate the leadership that Bill Cubit provided our football program during what has been, unquestionably, a very tumultuous time,? Whitman said in a prepared statement.

?He accepted the challenge on an interim basis under incredibly difficult and unusual circumstances and he has continued to work diligently for the betterment of our student-athletes.?

This hiring will go a long way in defining the tenure of the 37-year-old Whitman, a former Illini whose only other experience as athletic director has been at a pair of Division III schools. Whitman is in the big leagues now after taking over for Mike Thomas. And his alma mater needs help. Whitman can?t afford to swing and miss on whoever he selects to run the football program. He?s a smart fella with a legal degree. Whitman knows the stakes. He also apparently knows what he wants and is a man of action. You have to like his decisiveness and take-charge manner.

The bizarre timing of the firing makes you think Whitman already has a candidate lined up. Why fire Cubit now? Why not let him coach this season, all the while conducting a search for coach? To me, you don?t fire a coach on March 5 unless you have a coach you know you can hire now. Whitman did indicate he will name a new coach "as soon as possible."

The future begins today. This is a fun, exciting … and scary time for Illinois.

Here's some Twitter reaction, including takes from Illinois players.

#IlliniNation we have faced adversity before and came out with our heads held high and we will do the same again sticc with us. trust the AD

Whitman obviously has a head coach in his back pocket. Interesting. We talked about this recently and wondered. #dechr

It took #illini about 3 months to hire Whitman and it took Whitman about 3 minutes to fire Cubit.

Bold move by Josh Whitman. There's a lot of collateral damage for whom I have sympathy. But Whitman not wasting time to put stamp on program