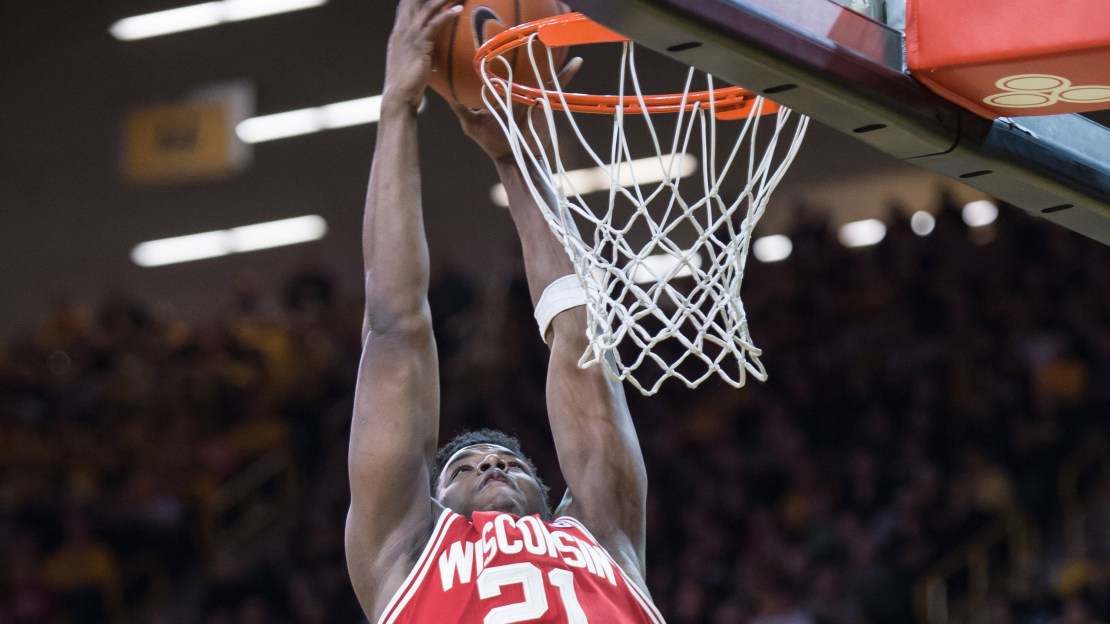 Michigan State is two games behind first-place Indiana, but the Spartans rank No. 2 in the AP poll and arguably are the best team in the Big Ten – if not the nation.

"The most fun in coaching is to address something and get a response," Izzo said.

Mlive.com says Izzo attributes that fact to having two types of players on his team: strong senior leaders, and underclassmen willing to learn.

"I think we've got both leaders and learners," Izzo said. "Sometimes you're either a great leader or you better be a great follower. And I think some of those young guys are a lot better followers than you would think.

The Spartans may just win it all.

Some news on the petition for a fifth year by Iowa?s Drew Ott: The decision has been kicked down the road by the Big Ten and to the NCAA. So, the drama ensues.

If Ott returns, it would be a huge boost for the Hawkeye defense.

Michigan opened spring ball in Florida on Monday! But how much longer will off-site drills be permitted? Michigan State coach Mark Dantonio says those opportunities will close.

"I think that opportunity will close after this year," Dantonio told the Orlando Sentinel. "I don't think that will be in existence anymore."

Dantonio also said "it's important to have a level playing field."

A level playing field? In college football? I hate to break it to Dantonio, but that NEVER will happen. Have you seen the difference in budgets across the Big Ten and other leagues?

Ohio State still clings to NCAA tourney hopes. But, as Cleveland.com points out, the bottom half of the Big Ten is hurting the chances of Buckeyes, who have 19 wins overall and 11 Big Ten victories.

Of Ohio State's 11 Big Ten wins, nine are against teams with sub-.500 records in the conference. Michigan and Iowa, both at home, are Ohio State's only quality conference wins. Ohio State has nine wins against Penn State, Northwestern, Nebraska, Illinois, Minnesota and Rutgers. Those teams are a combined 25-71 in Big Ten play, and only two are above .500 overall. Overall, Ohio State is 10-0 against teams with sub-.500 records, 9-11 vs. teams better than .500 and 2-5 vs. ranked teams. Bottom line: Getting a ticket to the Big Dance is a long shot for the Buckeyes.

The great Loren Tate of the Champaign News-Gazette takes a look at how the AD post at Illinois has changed since John Mackovic was running things.

Tate notes that ADs are mostly businessmen today, with a background in administration or holding a law degree like new Illini A.D. Josh Whitman. They have oversight responsibilities for multiple sports, but their principal job is schmoozing donors and updating facilities.

Said Mackovic: ?Handling both jobs is not impossible, but it?s only possible in certain environments and where the relationships are strong. What worked at Illinois at the time wouldn?t have worked at a place like Ohio State.?

I previewed Nebraska spring drills yesterday. Here is another good breakdown from Omaha.com.

I am eager to see how the lines take shape, especially on defense with monster tackles Maliek Collins and Vincent Valentine gone.

A big key to Wisconsin ripping off 10 wins in the last 11 games? Bronson Koenig, who has improved his shooting and defense.

"I think I haven't been putting the pressure on myself than I was before," Koenig told Jeff Potrykus of the Milwaukee Journal-Sentinel, "telling myself that I need to score this or that.
"I'm kind of just going out there and playing. I still haven't been all that aggressive but we're winning."

In the last seven games, Koenig has:

The Gophers kick off spring drills today. Minnesota has a new offensive coordinator in Jay Johnson and a new offensive line coach in Bart Miller. So expect some changes. What types? Some pistol formations and zone blocking, among others.

At Louisiana-Lafayette, Johnson ran more zone blocking schemes in the running game while the Gophers, as well as Miller, have primarily used gap schemes to create holes.

?I?m hoping we can marry the two,? Johnson told Andy Greder of the St. Paul Pioneer Press. Johnson also has run some pistol formations. In the past, the Gophers have run a more traditional shotgun set with the running back lined up next to the quarterback. This is where they have run the zone-read running play.

Purdue?s defense needs help. A lot of help. That is why Ross Els is the new coordinator. Here is a good Q&A with a guy who used to work at Nebraska under Bo Pelini.