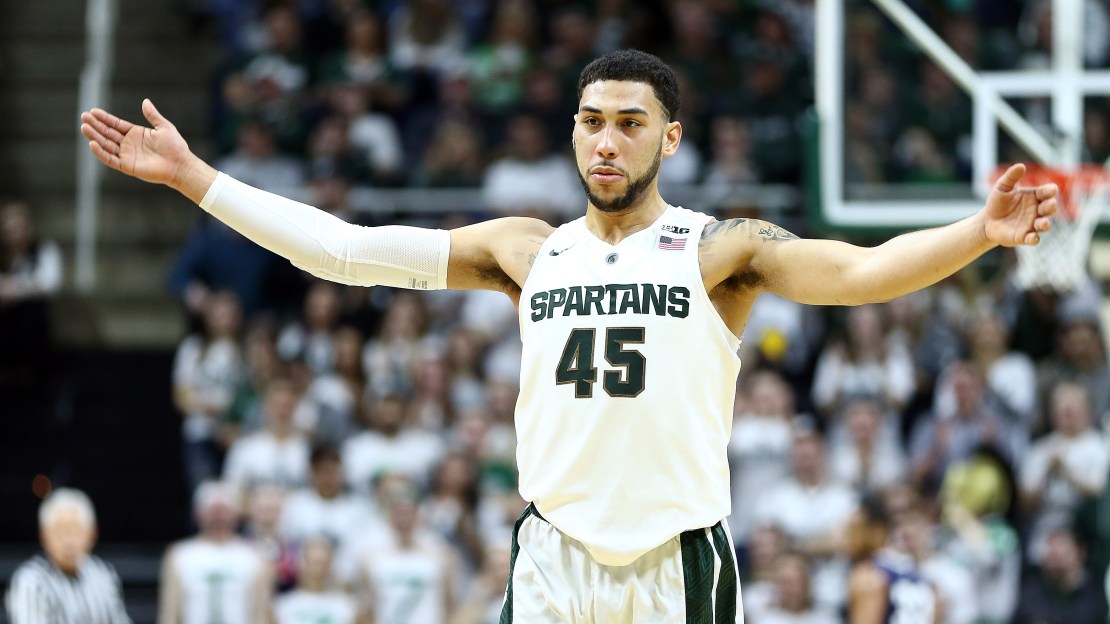 The penultimate Sunday of the Big Ten men's basketball season featured a quartet of games.

Catch up on all of Sunday's action on our Big Ten scoreboard.

In other action, No. 6 Michigan State rolled Penn State, 88-57, behind another all-around effort from star Denzel Valentine (19 points, eight rebounds, six assists), Wisconsin took down Michigan, 68-57, to register its 10th win in its last 11 games, and Illinois rallied to knock off shorthanded Minnesota, 84-71.

[ MORE: Video: Pat Chambers gets ejected in first half at Michigan State ]