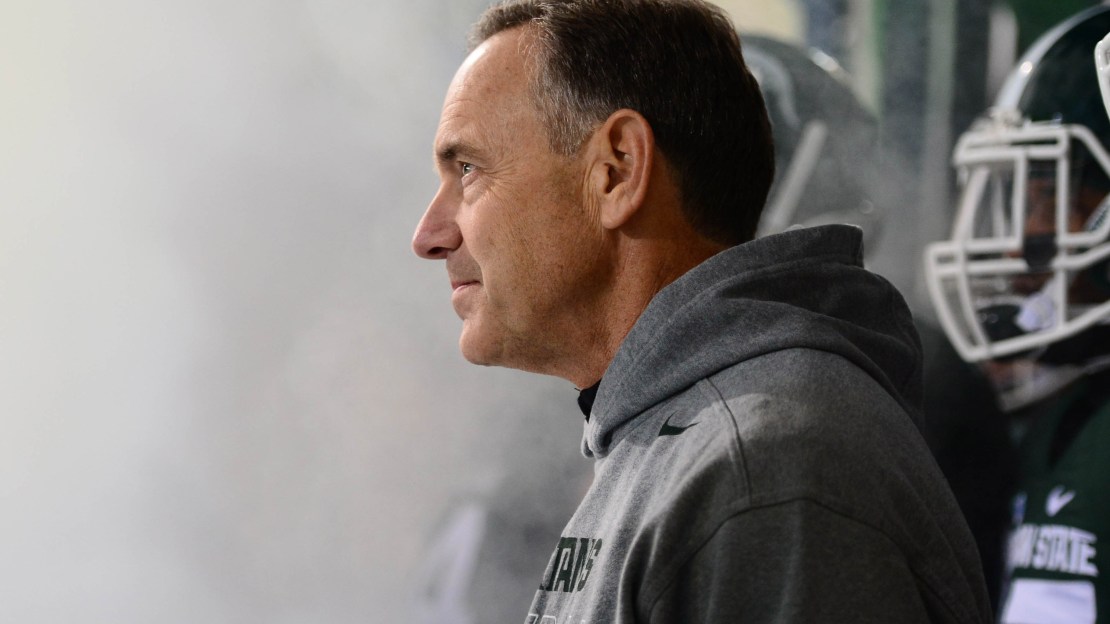 Michigan State has become an elite program that year in, year out, will battle for the Big Ten title. Michigan State coach Mark Dantonio talks with BTN after the Spartans capture the 2015 Big Ten Football Championship. The 2015 season marked the fifth time in the last six years that MSU won double-digit games. And the program has played in major bowls each of the last three seasons, reaching the playoffs for the first time last season. No doubt, a strong foundation has been laid as Mark Dantonio enters his 10th season in East Lansing.

But Michigan State has many challenges looming this spring as it looks to reload and repeat as East Division champions. One of the biggest: find a QB. Gone is Connor Cook, the winningest signal-caller in school history (34-5 record) and the school-record holder for most passing yards with 9,194 and passing TDs with 71. Senior Tyler O?Connor is the top contender. He is famous for starting and leading the Spartans to a huge win at Ohio State last season. Junior Damion Terry also returns after seeing some spot duty. Redshirt freshman Brian Lewerke also is in the mix.

1. Wide receiver. Some big holes to fill, as MSU lost Big Ten wide receiver of the year Aaron Burbridge and Macgarrett Kings. Junior wideout R.J. Shelton is key. He has seen his production increase each year and must play a big role. Felton Davis III was a true freshman who played in seven games in 2015. The coaches wanted to get him some experience last season knowing he would be playing a big role this upcoming season. Felton was Burbridge?s backup last season. Monty Madaris also is back. And keep an eye on redshirt freshman Darrell Stewart. Two early enrollees, Donnie Corley and Cam Chambers, will be in the mix, along with potentially two other incoming freshmen in Justin Layne and Trishton Jackson. All four of those incoming freshman wide receivers were rated as four stars by Scout.com.

2. Offensive line. Lots of work to do. Gone is starting left tackle Jack Conklin, an All-American who left early for the NFL. Also departed are two-time All-America center Jack Allen and two-year starting guard Donavon Clark. Line coach Mark Staten will look at Dennis Finley-coming off a broken leg–at left tackle and rising star Brian Allen at left guard. Benny McGowan may be the center. The right side could have Brandon Clemons (an ex-d-lineman) at guard and Kodi Kieler at tackle. Cole Chewins and Tyler Higby figure in the rotation. And keep an eye on David Beedle and Miguel Machado, a former JC transfer.

3. Defensive line. Some big-time attrition here, as the Spartans lost three starters in Shilique Calhoun, Lawrence Thomas and Joel Heath. Malik McDowell will anchor the line and could play a multitude of positions; he has played on the inside his first two seasons and will also see action at end this season. Nose tackle Damon Knox has starting experience and will likely get a sixth year of eligibility in 2016 (not official yet). End Demetrius Cooper was third on the team with five sacks last year playing end behind Calhoun primarily as a third-down rusher. End Evan Jones and tackle Enoch Smith, Jr. will have a chance to earn playing. Redshirt freshman Raequan Williams has a chance to make an impact on the inside.