Ezekiel Elliott will wear these custom cleats at 2016 NFL Combine 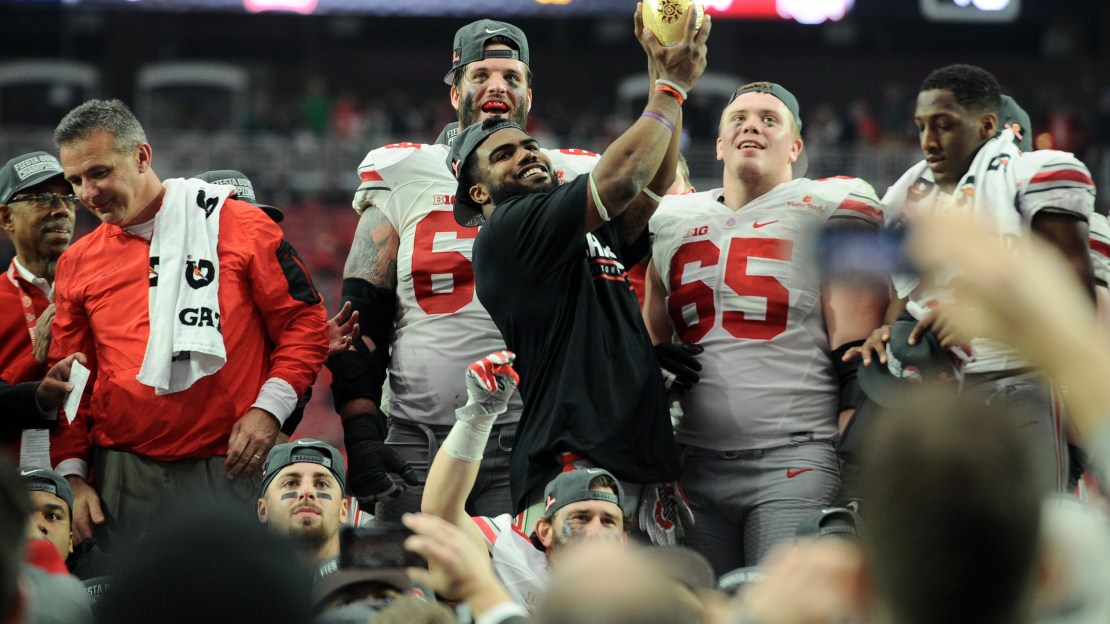 Custom cleats for drills in the combine thanks to @twolivecustoms pic.twitter.com/keZlfFZpxf

Ezekiel Elliott will turn plenty of heads at the 2016 NFL Combine.

Between the former Ohio State running back's do-it-all skills, his much-talked-about midriff, and his head-turning St. Louis/Ohio State-inspired Nike custom cleats, he's going to be tough to miss in Indianapolis.

Safe to say, Ohio State fans are going to love the Buckeyes-inspired design.