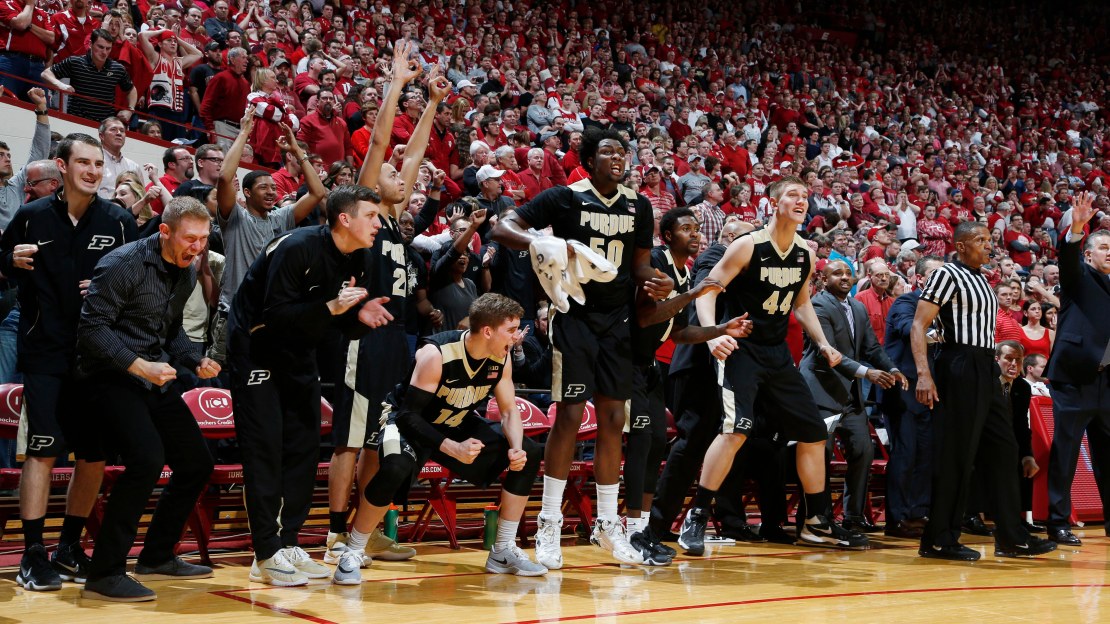 Cruising through my Big Ten Mailbag on a quiet February afternoon. What do I find? Questions about Purdue?s prospects, Iowa?s offensive line, an Indiana football recruit and Denzel Valentine?s award hopes, among other things. Enjoy!

Why little love for Purdue? If the Boilers get the right matchups in the NCAA tournament, and A.J. Hammons turns it on for a couple of weeks like Joe Barry Carroll did in 1980 during Purdue?s last Final Four run, the Boilers have a big-time chance to do something BIG. – Garrett BSIM '78 and former Purdue Pete

We shall see. I think this team lacks top-level guard play. Without it, you can?t win big in March-or any time, for that matter. P.J. Thompson is a solid point man but is not among the league?s best. Yogi Ferrell, Mike Gesell, Melo Trimble, Derrick Walton Jr., Nate Mason, Bryant McIntosh, Bronson Koenig ? should I go on? ? all are better lead guards. Aside from Lewis Jackson, Matt Painter really hasn?t had any top-level point men ? and Jackson wasn?t elite. And is there a go-to guy? I don?t see it. Vince Edwards and Rapheal Davis are too inconsistent. Who is gonna hit a big shot with the clock is winding down? Turnovers also continue to be a big issue.

I have watched Melo Trimble play almost two seasons now and I strongly believe that he is hurt. What do you think?- Timothy Oxendine

I have no idea if he?s hurt. But he certainly appears to be off his game. To wit, Trimble has 13 assists and 18 turnovers in the last three games-1-2 record for Maryland-hitting 7-of-35 shots with 34 points. Unless Trimble finds his mojo, the Terps may not last long in March. The next three games offer Trimble a shot to get back on track: at Purdue; Illinois; at Indiana.

That is the key: the big men. Nebraska needs more of them. The program needs a shot-blocking difference-maker in the pivot. Maybe two. The backcourt looks fine. This year?s freshman class is a nice foundation for Tim Miles. And Miles has the facilities to recruit to, as well. None are better in the league. Freshmen Michael Jacobson, Ed Morrow and Jack McVeigh have potential but more help is needed. Bottom line: Miles needs a big man recruit in the spring, as next year will be critical for him and a program that never has won an outright league title in 100 years of existence.

Why isn't Denzel Valentine for MSU the favorite to win national player of the year honors? Buddy Hield from Oklahoma is a great player but he has mainly been a scoring guy. MVP should be able to do it all. And that?s who Valentine is. – Seth Wintgens

I think Valentine IS the leader for national player of the year. As you mentioned, he is a true jack-of-all-trades who has made his team better. Valentine does it all, scoring, passing, defending. He?s a truly self-less player who impacts a game on so many levels. And he is the reason why Michigan State is the highest-ranked Big Ten squad.

How quickly do you think Iowa?s offensive line can develop? – David DeRoma

This typically always is a strength in Iowa City. Line coach Brian Ferentz is about ?playing the five best guys.? Knowing that, look for Cole Croston at left tackle and Ike Boettger at right tackle. James Daniels looks to have a bright future after being the rare true freshman to play on the line for the Hawkeyes. LeShun?s little brother will be the center but will miss the spring after knee surgery. Steve Ferentz, the third of Kirk Ferentz?s boys, will get the reps at the pivot in the spring with Daniels out. Boone Myers and Sean Welsh are the guards. Overall depth needs to be developed. Bottom line: I have confidence the line will be A-OK this fall for the Hawkeyes.

What position do you see Jayme Thompson eventually playing at Indiana? – Robert Price

The former Ohio State Buckeye who matriculated to a JC will be a safety. And, he needs to make an impact this fall for a defense that lacks playmakers. The Hoosiers finished last in the Big Ten in pass defense in 2015, allowing 313.8 yards per game. The secondary was young and should benefit from the growing pains ? at least that?s the hope. Thompson could be a centerpiece for a defensive revival in Bloomington.

Sounds good to me. Once you?ve made those things happen, whip me up a batch of hair, too.