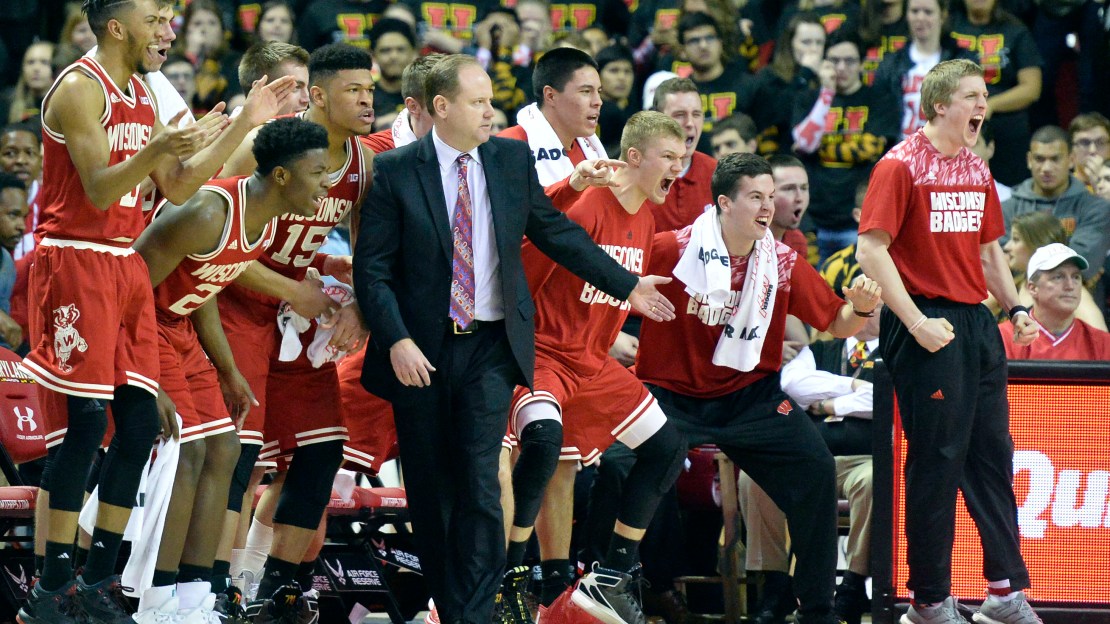 It?s a Wednesday and I?m sifting through my mailbag. With February melting away, basketball seems to be on everyone?s mind. How good is the Wisconsin job? Will John Groce get a break? Is there a better atmosphere than Maryland?s XFINITY Center?

Where does Wisconsin rank as a basketball program? By that I mean, is it a destination job for a coach or a stepping stone job? Greg Gard would be a solid (and safe) decision for the hire because he likely wouldn't go anywhere else given his ties to the state. – Pete

The Badger job has become more desirable since Dick Bennett took the program to the Final Four in 2000. And the opening of the Kohl Center in 1998 enhanced the program, too. It?s a top-notch facility. Bo Ryan took things to another level during his run after taking over in 2001-02, guiding the Badgers to the Final Four in 2014 and the national title game in 2015 before stepping aside in December after 12 games. Bottom line, this has gone from being an average gig to one of the better ones in the Big Ten ? if not the nation. Ryan showed you can win at a very high level. As for Gard, I think this is a destination job for him and would suspect he wouldn?t have a wandering eye. He is 45 years old, a Wisconsin native and was with Ryan for 23 years.

As an Iowa fan, I miss the days when Minnesota was a competitive rival. What is the long-term outlook for Gopher basketball? – Tim Neboda

Yes, this has been a season to forget for Minnesota. In fact, it?s one of the worst in the school history. But, next season does offer some promise. The arrival of mega-recruit Amir Coffey-son of ex-Gopher Richard Coffey–has fans excited. He is a four-star recruit, the program?s highest rated recruit since Rodney Williams in 2008.

And the Gophers have two good players sitting out this season as transfers in Reggie Lynch (Illinois State) and Davonte Fitzgerald (Texas A&M). Lynch, a 6-10 Edina native, averaged 9.5 points on 50.0 percent shooting with 5.4 rebounds and 2.8 blocks per game as a sophomore at ISU.

Fitzgerald is a 6-7 wing who played two seasons for the Aggies. He totaled 262 points (5.3 ppg) and 94 rebounds (1.9 rpg) along with 22 blocks during his two seasons in College Station, where he averaged 12.6 minutes per game. Plus, Nate Mason and Jordan Murphy are back, offering more hope for Minnesota in 2016-17.

I think the Badgers will punch their ticket. The mock brackets of Jerry Palm of CBSSports.com (No. 10) and Joe Lunardi of ESPN (No. 9) both include Wisconsin. UW also has a nice RPI at 46. They opened the week 16-9 overall and 8-4 in the Big Ten, winners of seven in a row. No Big Ten team is hotter. After a loss at Northwestern on Jan. 12, the Badgers were 9-9 overall and 1-4 in the Big Ten.

It?s a daunting slate, but Wisconsin could go 4-2 down the stretch. As for a seed, UW could be anywhere from a No. 7-No. 11, depending on its finish in the regular season, Big Ten tourney effort and what else goes on in the nation.

I bleed Hawkeye black and gold, but I have to say this ? Denzel Valentine is a joy to watch on the basketball court. – John

No doubt, he is special. The race for Big Ten Player of the Year figures to come down to Valentine and Iowa?s Jarrod Uthoff. At this point, I think Valentine may have an edge coming down the stretch. Both players are very versatile, but Valentine has some extra juice. He currently leads the Big Ten with 19.5 points and 7.1 assists per game. The last player to pace the conference in both categories for all games was Iowa's Andre Woolridge with 20.2 points and 6.0 assists per outing during the 1996-97 season. Valentine is on pace to become just the second Big Ten player since the 1999-2000 season to average at least seven assists per contest, joining Illinois' Demetri McCamey in 2009-10.

Do you believe John Groce will ever catch a break? It seems injuries always hurt his team. And he has had issues attracting big-name recruits. He won at Ohio University. What do you think of Groce? – Joe

Illinois has had tough luck this year. Tracy Abrams (knee) was lost before the season began. Leron Black (knee) is out for the year, while Mike Thorne, Jr., Michael Finke and Kendrick Nunn also have dealt with injuries. Groce did a good job at Ohio, going 85-56 with two NCAA bids. But success in Champaign has been more elusive. He is 73-56 overall and 27-39 in the Big Ten with just one NCAA bid (his first season) and two NIT bids. This year, Illinois figures to have a losing record. The last time the Illini had a losing mark was in 2007-08, when they went 16-19 overall and 5-13 in the Big Ten. The last time Illinois missed the Big Dance three years in a row? 1978-80. Next year will be a big one for Groce, who will be auditioning for a new A.D.

Maryland's atmosphere blows away anything I have seen in my years of attending Big Ten games with my family. I attended the Maryland-Iowa game this year and was impressed by the students and the noise in that place. – Glen

Yep, the XFINITY Center is a special place because of the energy of the fans, especially the students. The Terps had a 27-game home winning streak-a school record-until Wisconsin ended that over the weekend. This place is setting the bar for rabid atmospheres. Other venues that impress me are Indiana, Michigan State, Purdue and Iowa.