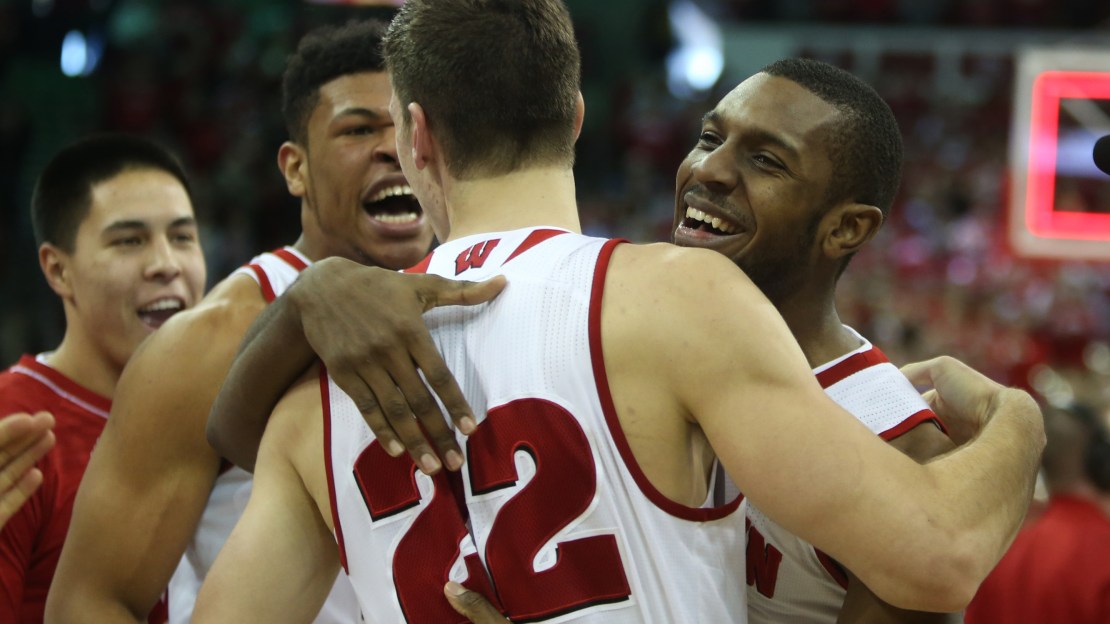 An interesting week that is highlighted by a couple of rivalry games, with Purdue at Indiana and Michigan at Ohio State. But neither is even the best game-that?s Wisconsin at Michigan State. Plus, Iowa has a dangerous road game at Penn State.

[ MORE: Follow @BTNJonCrispin | Power Rankings | Player Rankings | Debate It: Player of the Year? | Best of the week that was | Standings | Stats | Scoreboard | Polls | Win a trip to B1G tourney ]

Here?s a look at this week?s action.

Game of the week: Wisconsin at Michigan State, Thursday. Neither team will win the Big Ten, but this is still a juicy clash between two squads playing as well as any in the conference. The Badgers dumped the Spartans, 77-76, in Madison in January. In fact, it was the victory that has helped propel Wisconsin into the NCAA tourney conversation as the win ended a three-game Badger losing skid. Another win over MSU would be a nice feather in the hat of surging Wisconsin, which has won seven in a row. The Spartans are 5-1 in their last six, coming off a good home win vs. Indiana.

Don?t overlook this game: Purdue at Indiana, Saturday. The Hatfields and McCoys have nothing on this hate-fest, as few rivalries in the nation match the intensity and vitriol of this battle. It?s just too bad we get only one meeting between these foes this season. The Hoosiers have their sights set on winning the Big Ten, but a loss on Sunday at Michigan State hurt and put them a game behind first-place Iowa. The Boilermakers once had Big Ten title and Final Four thoughts dancing in their heads. Now? For what it?s worth, Purdue has won the last three meetings-and eight of 12–including a 67-63 victory in Bloomington last season. With so much on the line, is IU really gonna lose at home to its top rival?

Must win: Maryland vs. Michigan, Sunday. The Terrapins have to defend their home court when the Wolverines visit Sunday, as they are one game back in the league chase. The Terps need to rebound from a Saturday home loss to Wisconsin, which ended Maryland?s 27-game home winning streak. Revenge also will be on Maryland?s mind, as it lost 70-67 in Ann Arbor earlier this season. Michigan will arrive with some mojo, winning two games last week, including a big home victory vs. Purdue on Saturday.

Best individual matchup: Wisconsin?s Nigel Hayes vs. Michigan State?s Denzel Valentine, Thursday. Valentine leads the Big Ten with a 19.5 scoring average. Hayes is fifth with a 17.1 average. These are two, versatile, active and dynamic wing players whose teams are playing well. Each figures to excel, meaning the outcome of the game may come down to whose supporting cast plays better.

Upset alert: Iowa at Penn State, Wednesday. Yes, the Hawkeyes are in the midst of a memorable season. But they need to be careful as they tread into State College, Pennsylvania. Ask Indiana, which waded into Penn State last week and got beat by the Nittany Lions ? the same IU team that beat Iowa last week. This is a well-coached Penn State squad that has some size and always plays hard. If Iowa?s shooters go cold, the Hawkeyes may be in trouble.

Big week: Michigan. The Wolverines may be in peril of slipping onto the dreaded bubble if they struggle down the stretch. But opportunity looms this week to solidify their NCAA resume. The week begins with a visit to Ohio State on Tuesday. The hardwood version of Michigan-Ohio State lacks the hair-on-fire intensity of the football version. But this is a key meeting for both teams, as the Buckeyes are clinging to faint NCAA hopes and Michigan is looking to buff its credentials. A trip to Maryland and the pulsating XFINITY Center looms on Sunday. Winning in College Park will be a monster task, as the Terrapins have dropped just one Big Ten home game since joining the conference. And Maryland will have revenge on its mind for a loss suffered at Ann Arbor earlier this season.