Super Bowl 50: A Big Ten-centric look at the official rosters 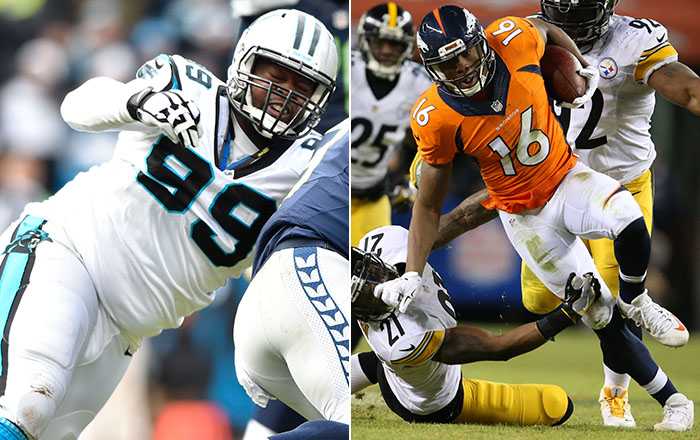 Super Bowl 50 is just hours away.

Ten of the Big Ten's 14 schools have at least one representative in Super Bowl 50, headlined by Ohio State, which features a nation's best five players (4 Carolina; 1 Denver).

Don't have a horse in the race? For what it's worth, Denver has nine former Big Ten stars, compared to Carolina's seven.

Check out all of the former Big Ten stars on Super Bowl 50 rosters below.

Good luck tonight to ex-@OhioStAthletics WR @phillybrown10, who is no stranger to producing on the big stage. https://t.co/VdPbG7nTRO

Here's to hoping ex-@umichfootall TE/WR @D_FUNCH has a highlight like this in store for Super Bowl 50. https://t.co/DtOMv0wkmG

Before @CodyLatimer14 was suiting up for Super Bowl 50, he was scoring TDs, a lot of them, for @HoosierFootball. https://t.co/jetuP2OP0T

Former @OhioStAthletics CB @BradRoby_1 will be looking to do something like this to Cam Newton tonight. https://t.co/gdr8bhN9Vd

* — Indicates a player who played at school before it entered the Big Ten.