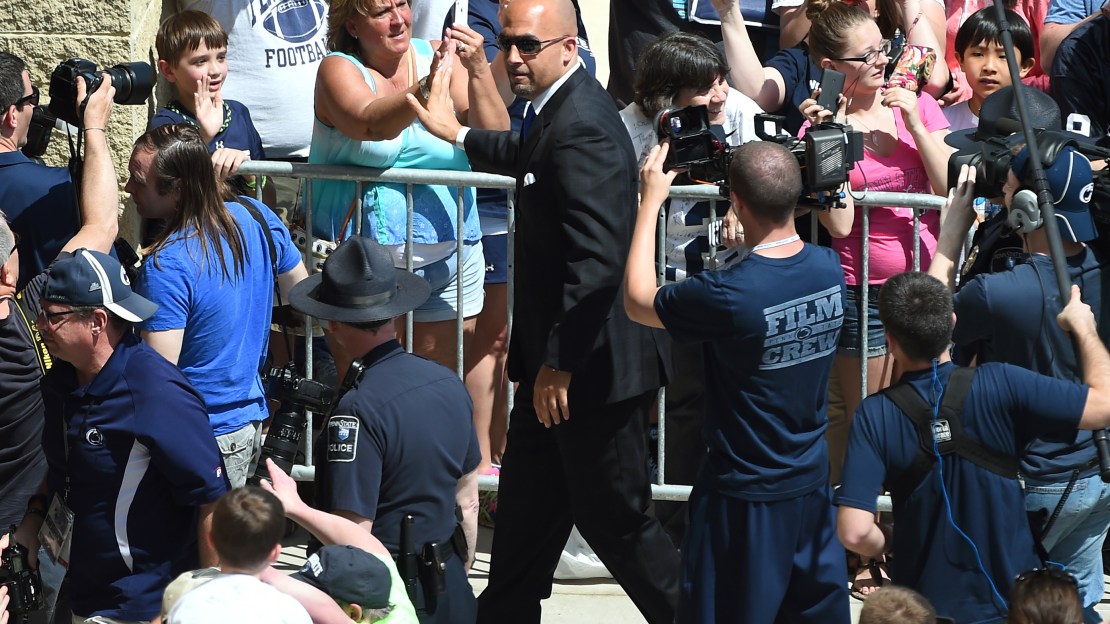 It?s National Signing Day, and James Franklin and the Penn State Nittany Lions are wrapping up their big day.

According to Scout.com, Penn State currently has 20 commits and the No. 21-ranked class in the nation.

Scout.com ranks Sanders as the No. 1 running back prospect in the nation, and Menet as the No. 2-ranked offensive tackle.

We?re airing eight straight hours of #SigningDayOnBTN coverage, until 5 p.m. ET, and you can watch it all live on BTN TV and via BTN2Go. Mike Hall (@BTNMikeHall) is anchoring the festivities along with BTN analysts Gerry DiNardo (@gerrydinardo) and Howard Griffith (@HowardGriffith) and Scout.com?s Allen Trieu (@AllenTrieu).

Here is a look at some of the top highlights from Penn State on National Signing Day.

James Franklin talks with BTN about his 2016 recruiting class

A quick look at some notable @PennStateFBall commits. For more #SigningDayOnBTN, watch live on BTN/BTN2Go.com. pic.twitter.com/5APdNislus