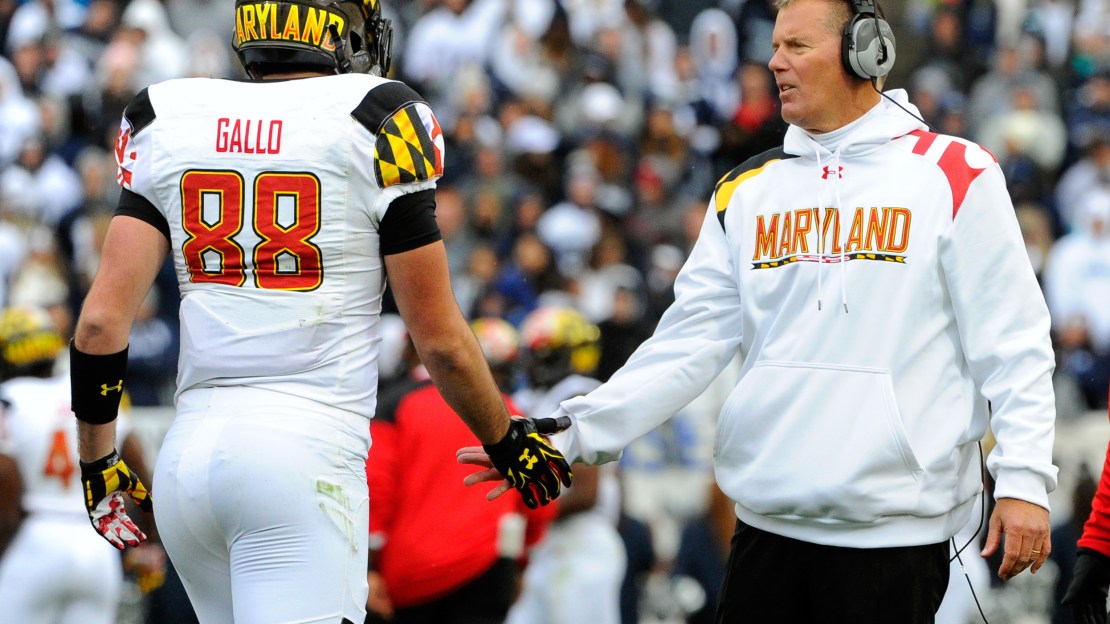 Former Maryland coach Randy Edsall has been hired as the Detroit Lions' director of football research and special projects.

Edsall, who has more than 30 years of coaching experience, was fired by the Terrapins in October after compiling a 22-34 record in four-plus seasons and overseeing the program's transition from the ACC to the Big Ten.

According to reports, Edsall figures to be an assistant to new Detroit general manager Bob Quinn, who served as a graduate assistant at UConn during Edsall's first season as the Huskies head coach.

The 57-year-old last worked in the NFL from 1994-97 as a defensive backs coach with the Jacksonville Jaguars.

Remember these Edsall moments from his time in the Big Ten?