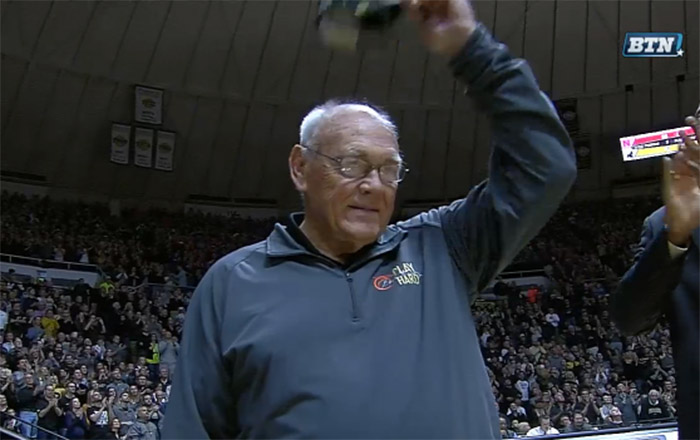 It's been 20 years since the Purdue men's basketball team claimed its third consecutive outright Big Ten crown, and no team has done it since.

Purdue honored the 1994-96 three-peat teams at halftime of Saturday's game vs. Nebraska.

Members of those teams, including Chad Austin and Brian Cardinal, to name a couple, were in attendance, as was legendary coach Gene Keady, who won Big Ten Coach of the Year all three of the championship seasons en route becoming the first and only to win the award three times in succession.