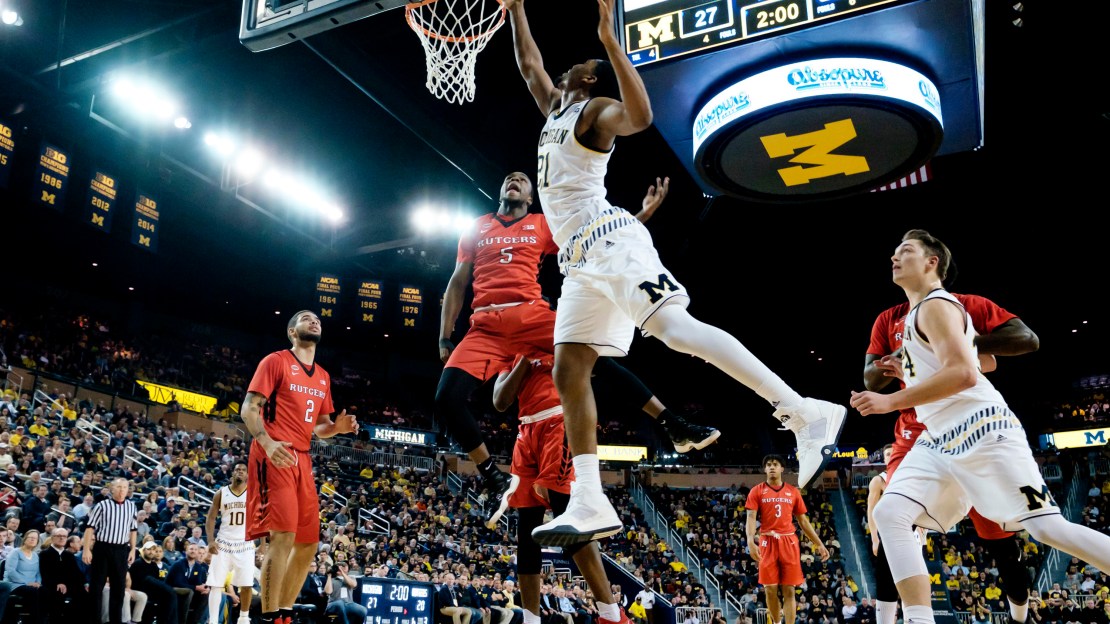 This is an interesting piece from 247Sports.com that wonders if Penn State?s James Franklin has promised too much.

The presumption is Franklin hyped things like a WWE wrestler, that he whipped up fans and media into a frenzy of expectations ? and hasn?t delivered big results. Interesting. This may be true to a degree. Franklin is the ultimate salesman, but that?s just who he is. Penn State knew what it was getting. Better to have a "rah-rah" coach who is eternally optimistic than a negative moper. Franklin is what Penn State needs at this point.

Keith Sargeant of NJ.com has eight million reasons why Rutgers should be pleased with Year One in the Big Ten.

According to the university's fiscal report filed to the NCAA, the Rutgers football program earned $8 million in 2014-15. While it marks the second straight year that Rutgers earned a profit from its football program, the $8,099,876 revenue figure is believed to be a record-high for the program credited with playing the first college football game in 1869.

Now, Steve Politi says it?s time for Rutgers fans to open their checkbook, as a $100-million campaign has been launched to bring RU facilities up to Big Ten standards.

The potential of this program is high, I think.

Northwestern may be at a tipping point as it pushes for its first NCAA bid. The Wildcats are in the middle of a three-game losing streak. And things won?t get much easier, as NU has Michigan State coming to Evanston and a trip to Iowa up next.

"There's a lot of opportunities for us to still get quality wins and get better and accomplish a lot of goals," head coach Chris Collins said this week. "It's another great chance on Thursday against another top-ten team."

Minnesota may have some good players sitting out this season as transfers: Reggie Lynch, who transferred from Illinois State. And it sounds like Texas A&M transfer Davonte Fitzgerald may already be the team?s best shooter. No doubt, those two need to deliver next season, which will be a big one for Richard Pitino.

Wisconsin still has work to do to enhance its NCAA resume. More wins like the one vs. Indiana earlier this week certainly will help. The great Tom Oates of Madison.com notes that Greg Gard?s adjustments are paying off on the offensive end. The adjustment: pound the rock inside.

The Badgers? third straight victory evened their Big Ten record at 4-4 and came in exactly the type of close game they had been losing earlier in the season. Oates doesn?t think UW is a dominant team it was the past two years, but it is starting to look like the same stubborn, hard-to-beat team it always was under former coach Bo Ryan. In-season improvement was a staple under Ryan and the IU win combined with the victory over fourth-ranked Michigan State on Jan. 17 confirmed the Badgers? improvement in their nine games under interim coach Greg Gard. If Wisconsin gets to 9-9 in the Big Ten and wins a couple league tourney games, it may get a Big Dance bid.

Dirk Chatelain of Omaha.com wonders why Nebraska is having issues winning at home in Pinnacle Arena. It makes no sense.

There are 351 teams in Division I basketball. Chatelain notes that against the top half (175 and up in the Ken Pomeroy ratings), Nebraska is 2-7 at home since last February. That doesn?t even count the Samford loss. Nebraska?s only wins? Rhode Island, when the Huskers rallied from eight down with eight minutes left, and Northwestern last year. Contrast that to the first one and half seasons at PBA, when Nebraska was 17-3 against the top 175, including that signature win over Wisconsin.

With Signing Day less than a week away, Mlive.com takes a look at how Michigan State?s 2015 freshmen did.

No Pro Bowl for Kirk Cousins? A joke, so says the Washington Post. And I agree. In the past week, quarterbacks Derek Carr and Eli Manning replaced Aaron Rodgers and Ben Roethlisberger, and on Monday Teddy Bridgewater replaced Carson Palmer, Tyrod Taylor took the spot of Cam Newton (he has the Super Bowl) and Jameis Winston replaced Tom Brady. That's five replacements that are better than the former Michigan State standout. Really?