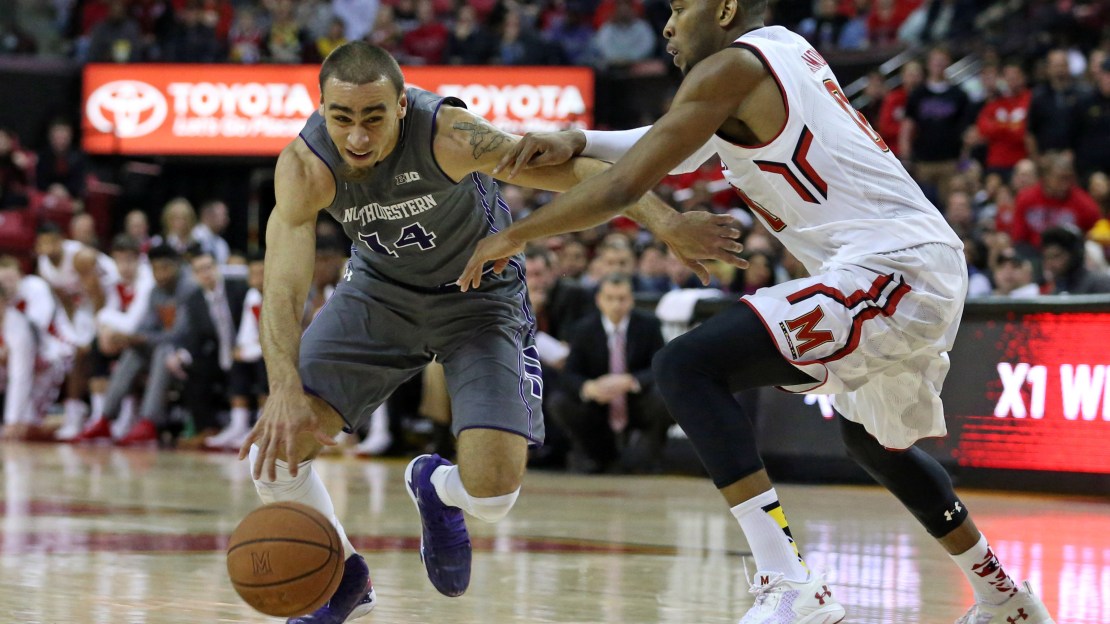 Maryland and Northwestern have faced off twice this season, and the teams have combined for a fun sequence in each meeting.

Tuesday night, as was the case the first time around, the back-and-forth action culminated in a Northwestern basket and an eventual Maryland victory, this time a 62-56 overtime defeat.

Now, this sequence wasn't nearly as wild as the January 2 one. But, let's face it, it will be a long time before we see teams combine on the back-and-forth action that the Terrapins and the Wildcats treated us to earlier this year in Evanston, Illinois.

Don't remember the sequence from the season's first meeting? Do yourself a favor and watch the video below.