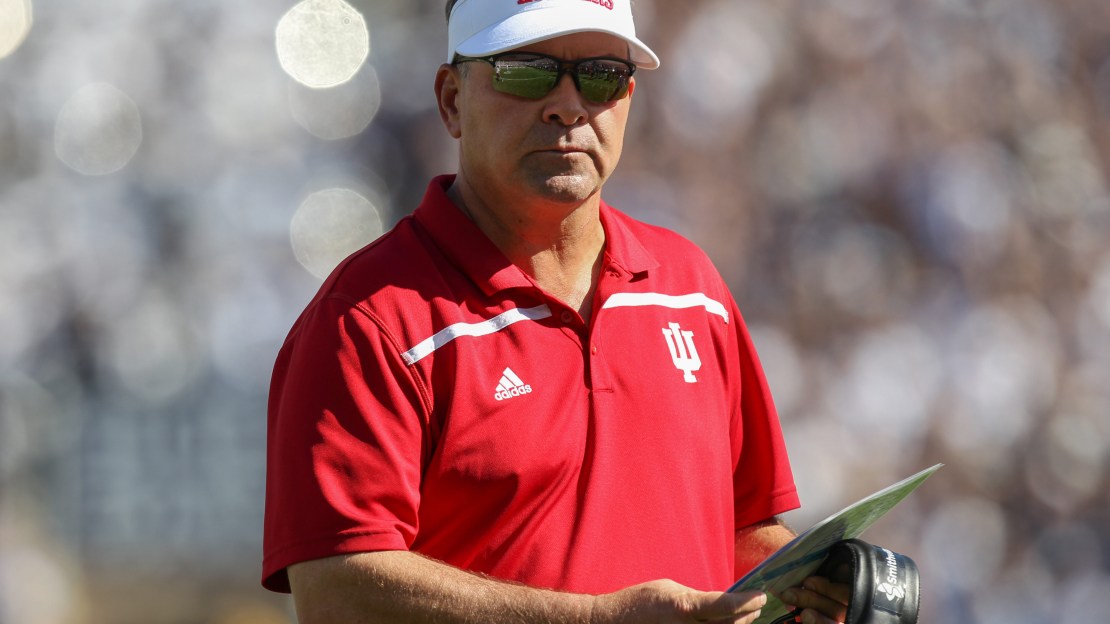 That has been his threshold the last two seasons, going 7-6 each year. The Nittany Lions have some issues to address, especially on offense. Is Trace McSorley the QB? Will the line better? Compounding matters is the fact the staff has new coordinators on both sides of the ball.

Darrell Hazell has another opening on his staff, as offensive line coach Jim Bridge has left for Duke to coach special teams and tight ends.

This is a key spot that needs to improve, as Purdue?s rushing attack ranked 13th in the Big Ten (131.3 ypg) last year. If you can?t run the ball, well, you have little shot to win consistently. It really is that simple.

Speaking of offensive line coaches, it was good to see former Minnesota OC/line coach Matt Limegrover land at Penn State as the o-line coach. He is one of the smartest coaches I have met.

He is a Pittsburgh native who grew up watching Penn State. Last month, he turned down an offer to become the head coach at Southern Illinois. He interviewed with other schools to be the offensive line coach as well.

"I want to be an O-line coach, and be the best one that I can be," Limegrover said.

IU football coach Kevin Wilson says his program is on solid ground. I am not going to argue with that. If Wilson can put together just an average defense, the Hoosiers could take another step in their evolution.

Mike Huguenin of Gridironnow.com takes a look at how the teams in this season?s final Top 25 fared in recruiting the past five years.

Interesting stuff. Ohio State basically lived up to its recruiting ranks over the last five years. Conversely, Michigan State just finished its third consecutive season with at least 11 wins, yet didn?t have a single top-20 class during our time frame. Three were outside the top 30. Amazing, huh?

The poor ratings for the College Football Playoffs are well-documented. Cleveland.com wonders if it was because Ohio State wasn?t involved.

So that's one market in Ohio among the top 10, with the rest in the south. A year ago, Columbus was the top market for Ohio State-Oregon at 51.2 percent, followed by Dayton (43.8) and Cleveland (41.3). Birmingham, by the way, was the fifth-biggest market last year at 36.1.

Who doesn?t like access video? We all do! Here is one from Michigan?s locker room after its big win vs. No. 3 Maryland on Tuesday. Is Michigan the fourth-best team in the Big Ten? Hmmm.

The build-up for Iowa?s game at Michigan State on Thursday is beginning. I can?t wait.

?As of right now, we?re their only loss,? said Iowa senior guard Anthony Clemmons, a Lansing, Mich., product. ?That taste is in their mouth still, so we know that?s going to have a big impact on them.?

MSU star Denzel Valentine missed the first game but will be in the starting lineup this time. The 6-foot-5, 220-pound do-it-all senior can take over a game.

?He's one of the leading scorers in our league, but he may impact the game more with his passing than anything else,? Iowa coach Fran McCaffery said. ?He loads everybody up and makes everybody else better. The impact that he has on the game and their ability to score is dramatically different.?
Gotta like Michigan State to get revenge.

Here are five things to watch in that big game.

A sad end to a largely tragic life, as former Nebraska star Lawrence Phillips is dead.