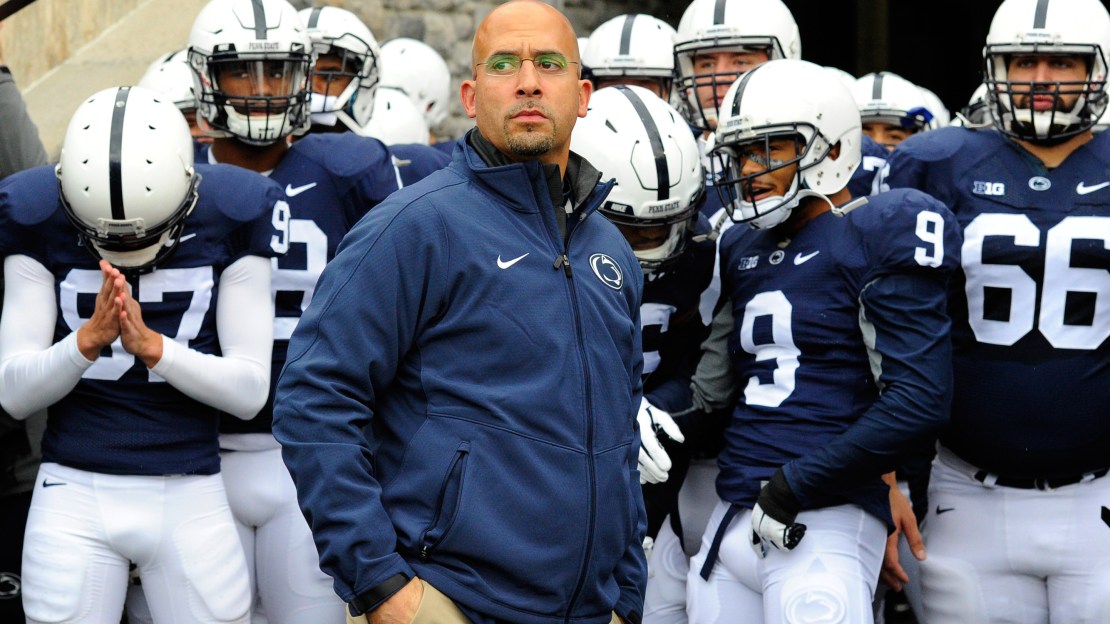 First, James Franklin fired his offensive coordinator. Now, his defensive coordinator has bolted for another job, and this one hurts, as Bob Shoop has taken the same post at Tennessee. He was one of the best in the nation. Franklin didn?t waste time filling the hole, promoting co-DC/LB coach Brent Pry to DC.

Pry has most recently served as a defensive coordinator at Georgia Southern in 2010, and he also was DC at Louisiana-Lafayette from 2002-2006. There was little doubt that he would be tabbed as the next man up, according to Pennlive.com.

"I am very honored and appreciative of the opportunity to be the defensive coordinator at Penn State," Pry said in a released statement. "I am excited about the future of this program and this defense.

"There has been a lot of work put in these first two years by a very loyal group of players, coaches and staff. I'm looking forward to the successes that lie ahead for our football family."

How about this: Jim Harbaugh will be a guest of President Barack Obama for his final State of the Union address on Tuesday.

Some good roster analysis for Iowa from HawkCentral.com: Iowa needs young receivers to step up in 2016. No doubt, this attack needs more explosive ability down field.

The Hawkeyes only return three wideouts who caught a pass in 2015: Leading receiver Matt VandeBerg, Jerminic Smith and Riley McCarron. Only VandeBerg has played a regular role. Smith and Adrian Falconer, both listed at 6 -1, 180 pounds, played as true freshmen this past 12-2 season for Iowa. Keep an eye on Smith. I think he could be a good one.

Ever wonder what a quality control coach is? Here, let Rutgers? own version of that coach–Vince Okruch–explain.

Okruch had an interesting comment at the end of this piece: "I think major college football is a little out of whack that we've got nine full-time coaches and the head coach, and two years ago when (Ohio State) won it all, counting preseason camp, the season covered 22 weeks," Okruch said. "That's a long work span for 85 scholarship players and 10 coaches. I think they need to add more scholarships and definitely add another coach or two."

Interesting, but I doubt if college administrators would want to take on more expenses.

Big win for Illinois on Sunday, which ran Purdue right out of Assembly Hall in a 14-point win. Needless to say, it was a much-needed victory for the Illini, their first Big Ten triumph of the season. Maybe this will be a spark.

Interesting story here from Omaha.com on ex-Nebraska kicker Byron Bennett, who hasn?t been seen much by teammates since missing a 45-yard field goal that would have won the Huskers the 1993 national title.

Did you see what Indiana did to Ohio State on Sunday? Oh, my. Even better for Indiana fans: The Hoosiers are now 4-0 in the Big Ten. Few Big Ten teams are as talented on offense, even with James Blackmon out.

If seems Granstaff was not happy with the minutes he was playing. He played a season-high 18 minutes against Grambling State in the second game of the season, but had trouble seeing the floor consistently outside of that game. Grandstaff was averaging 4.4 points per game and shooting 33 percent from 3-point range.

Northwestern?s game at Minnesota over the weekend was basically a must-win for the Wildcats. And, they delivered.