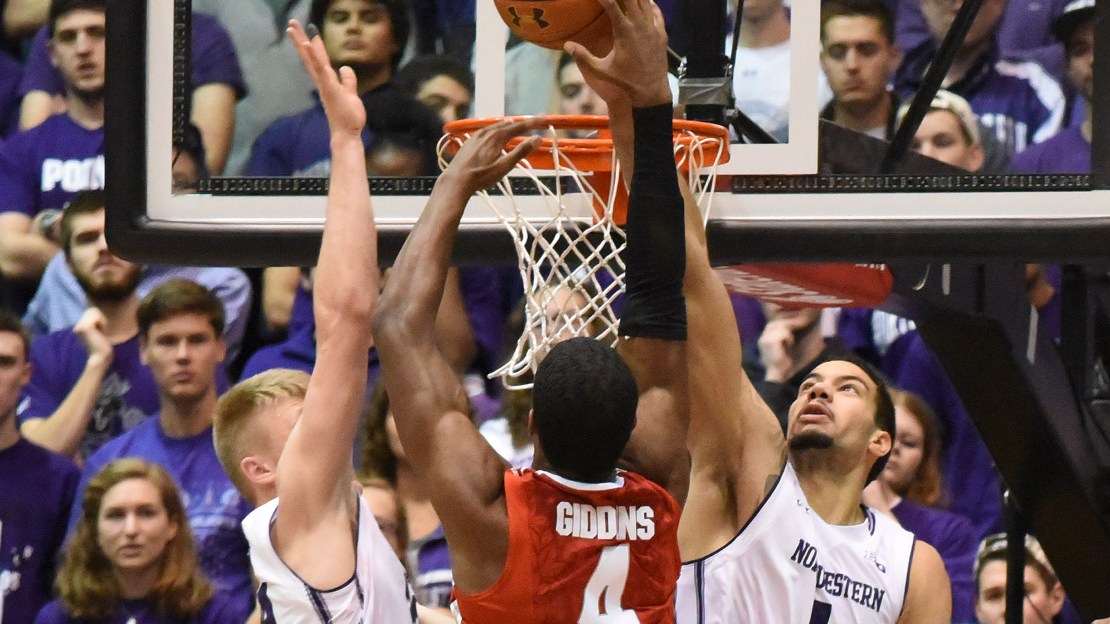 With Wednesday night's games behind us and more basketball ahead, here are my latest "Three Takes." This week I look at Ohio State, Jarrod Uthoff, and the Big Ten's best dunkers.

Ohio State is undefeated and Marc Loving is a big reason why. He's scoring 19 points a game across three Big Ten games and is shooting 50 percent from beyond the arc in conference play. We've had glimpses of what Loving brings to the Buckeyes, but his maturity and consistency this season have made Ohio State a dangerous team – just ask Kentucky.

Keita Bates-Diop has also taken a major step forward this and is a very difficult matchup for opposing forwards. Bates Diop can score but he's even more impressive on the boards.

Due to the emergence of Loving and Bate Diop, freshman point guard JaQuan Lyle leads the Big Ten in assists (8.3 apg). He had seven against Northwestern on Wednesday.

Have you had a chance to watch Daniel Giddens dunk the rock? Here – watch …

Throw it down big man! @OhioStAthletics' Mickey Mitchell drops a dime to Daniel Giddens for the two-handed dunk. https://t.co/vfvQpY5kTg

Giddens is a true rim rocker who lives above the rim. With Michigan State's Branden Dawson and Ohio State's Sam "Slam" Thompson gone, I just went ahead and mailed the 2016 Settles Slam award to last year's winner, Indiana's Troy Williams.  I figured no one could challenge Williams.

But then I saw Giddens looking like Sean Kemp against the Minnesota Gophers and I called UPS to put a hold on the shipment. Here's a look at my early favorites for the best dunker in the Big Ten. Tell me I'm wrong.

1. Troy Williams, Indiana. It will take a lot to overthrow the human highlight reel Troy Williams. Every time he touches the ball a highlight dunk is possible. In transition or in the half court, no one in the Big Ten explodes like Williams.

2. Daniel Giddens, Ohio State. Giddens enjoys inflicting pain on the rim and gets frustrated when he doesn't posterize someone every half.

3. Jake Layman, Maryland. The Maryland forward is solid in every phase of the game for the # ranked Terps. But he quietly putting together a nice reel of impressive dunks. He is sneaky slipping behind zone defenses to catch lobs from Melo Trimble, and when he is in the open court Layman soars above the rim.

Jarrod Uthoff: Up, up and away

Iowa senior Jarrod Uthoff has been soaring in rare air this season. After an impressive 25-point, four-block performance in a victory over Nebraska, Uthoff is now averaging 20 points and 5 blocked shots a game in Big Ten play.

Against Purdue's powerful frontline, he fought off the Caleb Swanigan on the block numerous times and helped hold the sensational freshman to just three points. On the same defensive possession Uthoff can guard at the top of Iowa's press, front an opponent's center and switch onto a point guard. Offensively, he is shooting the three-pointer at a high rate, his mid-range game is spectacular, and he can dunk on opponents sleeping around the rim.

It's very, very, early, and the Hawkeyes must prove to the Big Ten that they can win close games. But if the Player of the Year Award was handed out today, it would be heading to Iowa City.