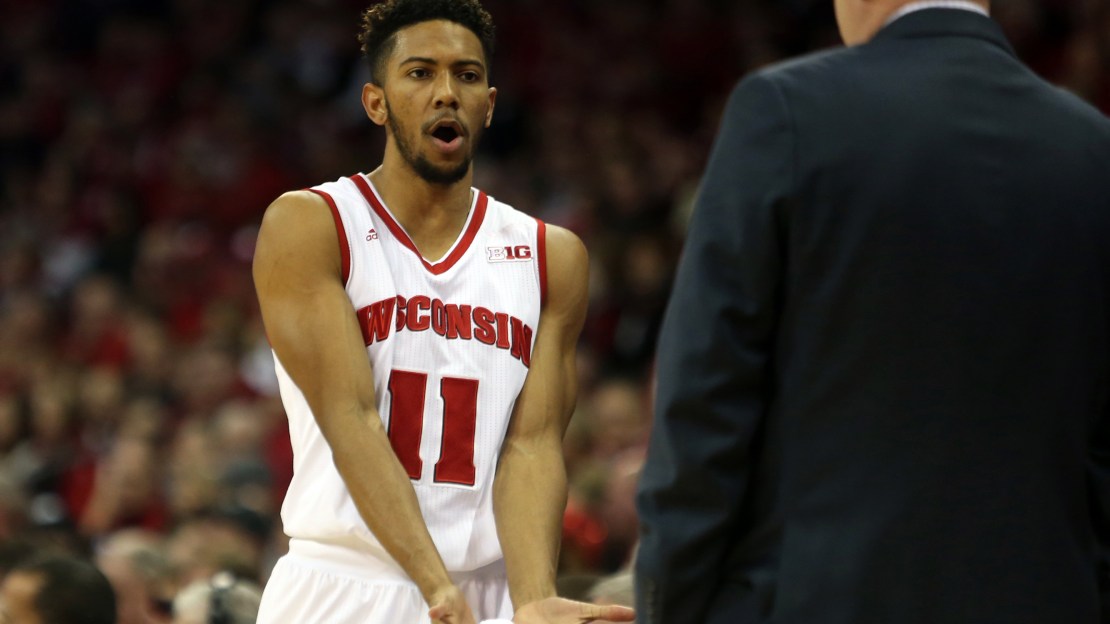 Conference action is gaining steam with one week in the books, as teams look to make early statements. No squad has spoken louder than Iowa, which has knocked off No. 1 Michigan State and No. 14 Purdue. Will any team make a move this week?

Game of the week: Maryland at Wisconsin, Saturday. These aren?t the Badgers from the last two seasons that made trips to the Final Four. Frank Kaminsky and Sam Dekker are gone. Still, there is talent in the likes of Bronson Koenig and Nigel Hayes. Maryland is top five team and projected No. 1 seed in the latest bracketology by ESPN. The Terps have one loss this season, falling at North Carolina. This will be another tough road test for Melo Trimble, Diamond Stone and Co. Maryland has five players averaging in double-figures. Can the always defensive-minded Badgers slow down this dynamic and prolific Terp squad?

Don?t overlook this game: Michigan State at Penn State, Saturday. Yes, the Nittany Lions are 0-2 in the Big Ten and the Spartans are one of the nation's elite teams, having spent the last month ranked atop the polls. But Penn State had Maryland on ropes last week. This is a Penn State club that is well-coached and has talent in Brandon Taylor, Shep Garner and Payton Banks. MSU already has dropped a game on the road in a tough environment at Iowa.

Must win: Purdue vs. Michigan, Thursday. The Boilermakers suffered a humiliating loss at home to Iowa on Saturday, blowing a 17-point halftime lead while playing in front of school legend Rick Mount, who was in Mackey Arena for the first time in more than 20 years. This was an unexpected turn of events for a team with Big Ten title aspirations. Home losses can?t occur. A dangerous and hot Michigan squad comes to Mackey Arena on Thursday. The Wolverines are playing better after a tough start, starting 2-0 in the Big Ten. The Boilers must protect their turf.

Best individual matchup: How about Nebraska?s Andrew White III vs. Iowa?s Jarrod Uthoff? They meet tonight in Iowa City. Uthoff is No. 2 in the Big Ten in scoring (18.1 ppg), while White is No. 5 (17.3 ppg). White is a transfer from Kansas whose impact has been swift for a Cornhusker squad that needs a big win to provide a spark. Uthoff is emerging as a legit Big Ten Player of the Year candidate whose Hawkeyes are an early Big Ten surprise.

Upset alert: Ohio State at Indiana, Saturday. The Buckeyes have suffered some growing pains with losses to the likes of Texas-Arlington and Louisiana Tech. But Ohio State has won six in a row, including a victory over then-No. 4 Kentucky. The Buckeyes have opened 2-0 in the league and will be coming off what should be a tough game at Northwestern on Wednesday when it lands at Indiana on Saturday. The Hoosiers, also 2-0 in league action with a game vs. Wisconsin on Tuesday, need to be wary when OSU comes to Assembly Hall.

Big week: Wisconsin. It has been an adventure this season as the Badgers have transitioned coaches and altered styles. That?s part of the reason why the Badgers are 9-6 overall and 1-1 in the Big Ten after making a run to the national title game last season. Wisconsin can make a huge statement this week with a trip to Indiana on Tuesday and a visit from Maryland on Saturday. The Hoosiers and Terrapins sit atop the league standings as two of the Big Ten?s five 2-0 squads.