Dienhart: Here's a look back at Wisconsin's 2015 season 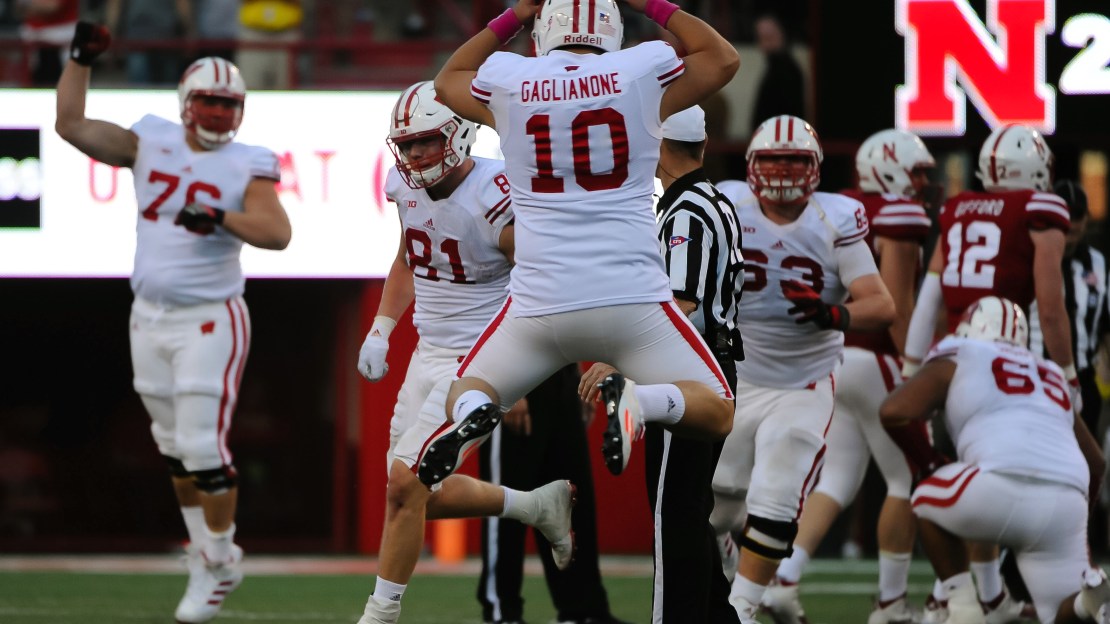 Usually, a nine-win season is cause for celebration. But Wisconsin was tabbed by most to win the Big Ten West. Instead, the Badgers finished second in Paul Chryst?s debut as head coach.

Wisconsin?s defense did its part all season, ranking No. 1 in the Big Ten in scoring (13.1 ppg) and No. 1 overall (267.1 ypg) under standout coordinator Dave Aranda. But the offense struggled all season under Chryst, the program's third coach in four seasons. Depth issues and injuries hampered the offensive line all season. And star RB Corey Clement was limited to three games and 29 carries on the season while dealing with a sports hernia injury incurred in August. As a result, the Badgers ranked just 10th in the Big Ten in rushing (148.1 ypg), needing to rely on the passing of QB Joel Stave. And the senior was spotty, tossing 10 touchdowns and 11 interceptions.

Still, Wisconsin is headed to the Holiday Bowl to take on USC, the program?s 14th bowl in a row in a season in which all three losses were to teams that are in the playoffs or a New Year?s Day bowl (Alabama, Iowa and Northwestern).

High point: Honestly, there weren?t any real impressive wins over quality foes. In fact, Wisconsin didn?t beat one team that finished with a winning record. A 23-21 win at Nebraska was gutty, as Rafael Gaglianone nailed a 46-yard field goal with four seconds left. The Badgers started their last drive at their 30-yard line with 1:03 left, and Joel Stave hit three passes for 42 yards to set up Gaglianone-who had missed a field goal from 39 yards moments earlier–for another attempt. It was good. The victory started a five-game winning streak for Wisconsin, which had lost 10-6 at Iowa the week before.

Low point: A 10-6 loss vs. Iowa in Madison was difficult to swallow. But the 13-7 loss in Camp Randall to Northwestern was brutal. The Badgers looked poised to win as they stood on the doorstep of the end zone in the closing minutes. But Wisconsin had two TDs overturned on reviews that were highly debatable. Earlier in the game, Wisconsin had a punt return for a TD called back after officials said Alex Erickson had called for a fair catch. No doubt, the Badgers were hurt by five turnovers and five sacks. Still, the reviews were tough for fans to stomach.

Offensive MVP: WR Alex Erickson. A first-team All-Big Ten pick by the media, the senior was second in the league with 72 catches for 924 yards and three TDs. Not bad for a former walk-on.

Defensive MVP: S Michael Caputo. The senior is one of the hardest hitters in the Big Ten. He excels in run support and also has a knack in coverage, finishing with 58 tackles and earning consensus second-team All-Big Ten honors.