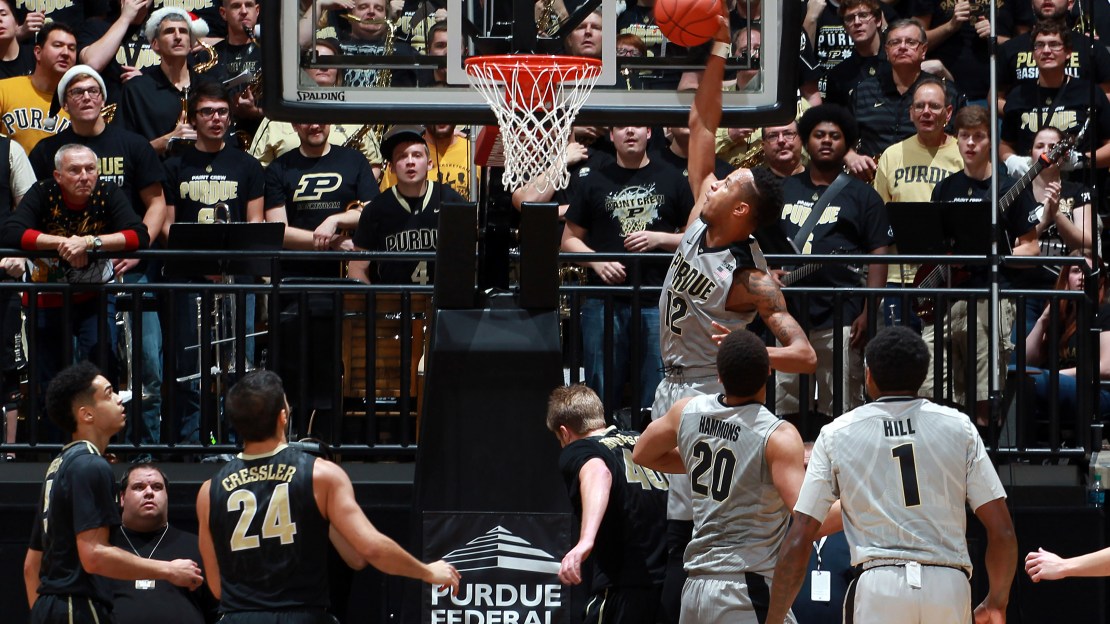 We had a loaded slate of men's basketball games on Tuesday as seven Big Ten teams were in action.

[ MORE: Catch up on Big Ten scores with our college basketball scoreboard ]

Indiana got things started with an impressive 99-72 victory over Kennesaw St. on BTN. Michigan State followed with a 99-93 win over Oakland in overtime. With the victory, the Spartans improve to 13-0, which marks the best start in program history.

Purdue topped Vanderbilt, 68-55, in the second game on BTN.

Here is a look at some of the top highlights from Tuesday night's Big Ten action.

Put it on a poster! @Boilerball's Vince Edwards absolutely posterizes a Vanderbilt defender! That is a #BTNStandout! https://t.co/carKRaRzzI

JaQuan Lyle with the alley, Keita Bates-Diop with the oop! Watch the @OhioStateHoops forward throw down the dunk! https://t.co/h89fskwuZe