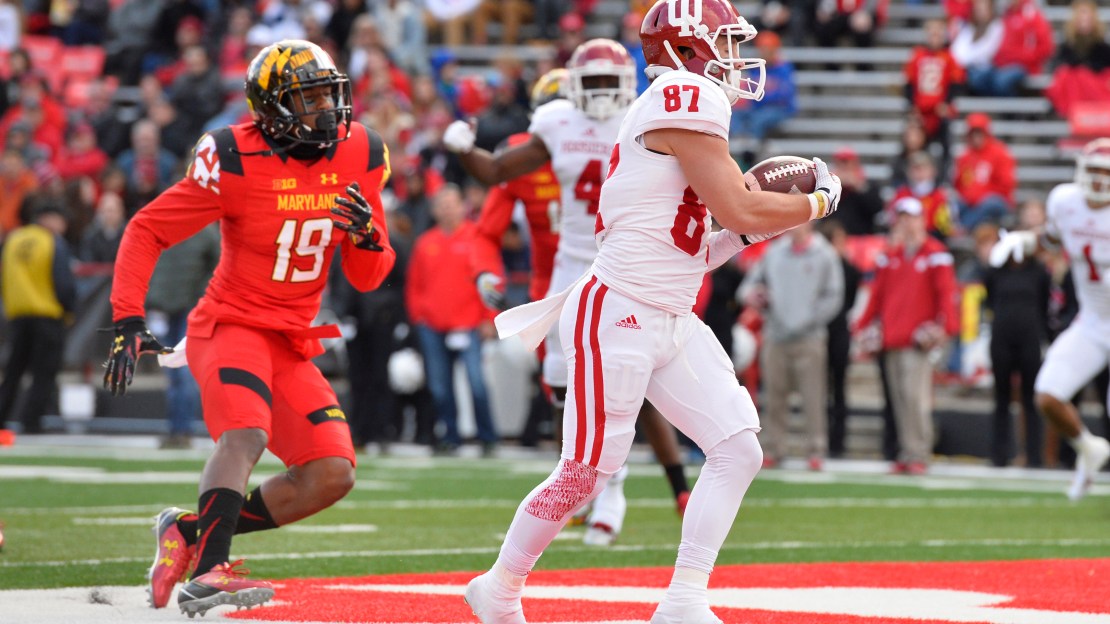 With the 2015 college football regular season complete and the start of Big Ten bowl season less than a week away, it's time to relive the season from the perspective of Big Ten beat writers.

BTN.com recently asked a beat writer for every team to answer the same four questions, as part of our annual beat writers' season recap.

Today's topic: Most improved players. Yesterday, we looked at the top plays/moments.

DL Dawuane Smoot. Smoot bumped his sack total from 2.5 in 2014 to 8 in '15. Excelled in new co-defensive coordinator Mike Phair's scheme, which encouraged aggressiveness. Could have a big senior season.

WR Mitchell Paige. This former walk-on didn't have a single catch between his first two seasons, but a season-ending injury to J-Shun Harris opened a spot for Paige as IU's starting slot receiver. He was reliable in the passing game and as a punt returner, finishing the regular season 46 receptions for 589 yards and five touchdowns.

LB Josey Jewell. In 2014, Iowa?s linebacking corps was a liability. This year, it was a strength, thanks to Jewell. He was active, instinctual and physical at all times. He has short-distance power that only great linebackers display. I?d argue he was the Big Ten?s most underrated defender this season.

LB Jermaine Carter Jr. In his first season as a full-time starter, the redshirt sophomore middle linebacker had a breakout season with 103 tackles, 14 tackles for loss and a number of key stops, such as the one that sealed Maryland's win over Rutgers. But Carter also emerged as a vocal lead in a young front seven, and he flashed the potential to be a mainstay in the Terps defense for the next two seasons.

WR Jehu Chesson. Another toss-up because there are so many good candidates on the Michigan team that made huge strides this season. One that stands out more than anyone else is Chesson. Chesson, like Rudock, evolved into a playmaker on offense and added a dynamic to the Michigan offense that no one really thought they had heading into the season, a viable downfield threat.

LB Darien Harris. Arjen Colquhoun, Malik McDowell and Gerald Holmes are candidates. But Harris made a huge jump from his junior season and has become a force for the Spartans.

TE Cethan Carter. The talented hybrid TE/WR, full of speed and promise in Mike Riley's offense, was suspended before the season and got off to a slow start. But by November he was fully incorporated in the scheme and had become a major playmaker.

LB Anthony Walker. He was basically a co-MVP, so he gets the nod. Walker was first team All-Big Ten, had 113 tackles, and had 19.5 tackles for loss in his first season as a full-time starter.

S Vonn Bell. The All-American safety made a case for MVP, too. Aggressively charging up to stop the run or breaking on balls as playmaker in the pass game, the junior went from good to game-changing.

DE Carl Nassib. Penn State lost two defensive ends a year ago and managed to upgrade the position largely because of the senior. Nassib played just four snaps in the final two games of the season due to injury and without him against Michigan State Penn State failed to touch QB Connor Cook.

DT Jake Replogle. The junior defensive tackle came on strong in the final month. Ready for a big senior season.

LB Quentin Gause. As a redshirt senior in his second year as a starter, the strongside linebacker put himself on the NFL radar. The surest tackler on a shaky defense made 96 stops, including a team-high 12 for loss, and expanded his abilities beyond being just a run-stuffer.

RB Dare Ogunbowale. With star tailback Corey Clement missing nine games, Ogunbowale was forced to play a major role in Wisconsin?s offense and he delivered. The former walk-on defensive back went from mop-up minutes in 2014 to leading the Badgers in rushing with 769 yards and finishing second on the team with 34 receptions.