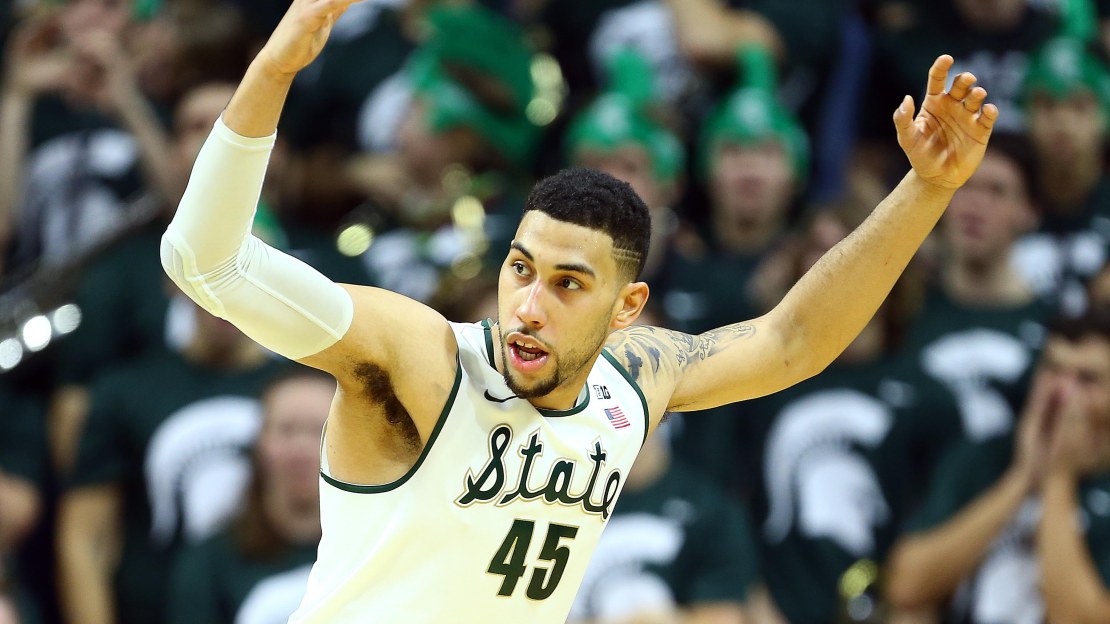 How about the top of the Big Ten? Can any conference compete with the Michigan State-Purdue-Maryland trio?

That said, those three teams remain atop my latest Big Ten Power Rankings, presented by ArcelorMittal, and in the same order as last week.

Editor's note: All records are through Sunday, Dec. 13 action.

1. Michigan State (11-0). There?s no way you can be No. 1 in the nation and not be at the top of my power rankings. Plus, I wouldn?t be able to handle the angry tweets I?d receive for dropping them to No. 2 without a loss. Figuring out consistent rotations and substitution patterns is the key to the Spartans? success going forward.
Last week: 1

2. Purdue (11-0). Not only do they have the best graphic artists in the country, they have the most dominant frontline in the country. To quote NCAA.com, ?Purdue doesn?t have a front court, they have a skyline.? This team continues to impress and can make a statement with Butler and Vandy on the horizon.
Last week: 2

"#Purdue doesn't have a frontcourt... It has a skyline" via @marchmadness pic.twitter.com/HW8DC2R4yp

3. Maryland (9-1). Something tells me I?m a fool for putting Maryland at No. 3. One look at this team, and you see Final Four written all over it. The Terps get better and better each game out, and Diamond Stone has certainly shown positive signs of improvement on both ends. Robert Carter Jr. and Rasheed Sulaimon continue to be huge for the Terps, too.
Last week: 3

4. Indiana (8-3). It?s a troubling sign when Indiana fans get mad when I put their Hoosiers too high on this list. I know there are defensive issues to improve upon, but this team can score like no one else in the nation. Defense eventually comes down to the guys on the floor deciding to get the job done. Tom Crean?s team has gotten significantly better and Thomas Bryant is working hard to pick up the intricacies of covering ball screens. Hang in there Hoosier Nation?life is good.
Last week: 5

5. Iowa (7-3). Iowa would have (without a doubt) been No. 4 if it were not for the second half meltdown at Iowa State. I really like this team, but I do believe that depth will eventually be an issue. Jarrod Uthoff is and elite scorer and the balance with their top five players is certainly there.
Last week: 4

6. Northwestern (8-1). If I?m placing these teams based on how they?re playing, Northwestern deserves to be in the top half. I know they don?t have any signature wins yet, but they (like everyone else) are still a work in progress. The Wildcats should enter Big Ten play at 12-1, and I predict they?ll pick up some big wins in conference play.
Last week: 7

7. Michigan (7-3). I love this team and I was terribly sorry to see that Spike Albrecht is calling it a career. I hope the heart, determination and toughness he showed for years transfers to everyone on that team. They are one or two Costco-sized cans of toughness away from being a very good team. Regardless of what this team becomes, Caris LeVert is always worth watching.
Last week: 8

8. Wisconsin (6-5). Talk about uncharted waters for the Badgers! The Syracuse and Temple victories said a lot to me, but it?s no surprise that this young team struggles against a tough man-to-man defense. The youth will continue to develop and this team still will be relevant. That doesn?t mean there won?t be more hiccups along the way, though.
Last week: 6

9. Nebraska (7-4). When Nebraska is playing well, it looks like an NCAA tournament team. It?s impossible not to like (and pull for) Tim Miles and I think Andrew White III and Shavon Shields will keep this team in the mix all season. Glynn Watson will continue to improve and gain confidence which will take a lot of pressure off of the White/Shields tandem.
Last week: 9

10. Illinois (6-5). The loss of Mike Thorne Jr. makes me truly feel for John Groce and the Illini. Michael Finke has certainly emerged as another option for the Illini, but this team will be competitive because of its guards. Malcolm Hill and Kendrick Nunn will win a lot of games on the offensive end. Still, this team has to get better on the defensive end as it's currently giving up 75 points per game.
Last week: 10

11. Penn State (7-3). The Nittany Lions have two elite shooters in Shep Garner and Brandon Taylor. Both players have to continue to use their 3-point shooting ability to create driving opportunities, which will help get others (Josh Reaves) involved on the offensive end. Jordan Dickerson and Julian Moore in the paint could emerge as true paint-protectors on the defensive end. Dickerson had 7 blocks last game!
Last week: 11

12. Ohio State (4-5). This team will get better every day and will be more than relevant in Big Ten play. The Buckeyes looked great defensively against Air Force last week, which shows they have the ability to execute a game plan. Thad Matta was very pleased with their effort but knows that needs to persist for them to compete at a high level.
Last week: 12

13. Minnesota (5-5). The Gophers, riding a three-game losing skid, have a chance to bounce back vs. Chicago State on Wednesday. With only two more games before the beginning of conference play, this team needs to find its identity. Will they be a defensive team? A 3-point shooting team? Both? The next two games will be key for Richard Pitino and the Gophers.
Last week: 13

14. Rutgers (4-6). I say it every week, but it is worth repeating: It is not just about winning games right now for Eddie Jordan and staff; it?s about rebuilding the culture of and around the program. With a tough, in-state school, Monmouth, coming to town Sunday, I hope the Scarlet Knights are prepared for the energy and swagger that the Hawks will bring as this would be a statement game for the little brother in the state of New Jersey.
Last week: 14