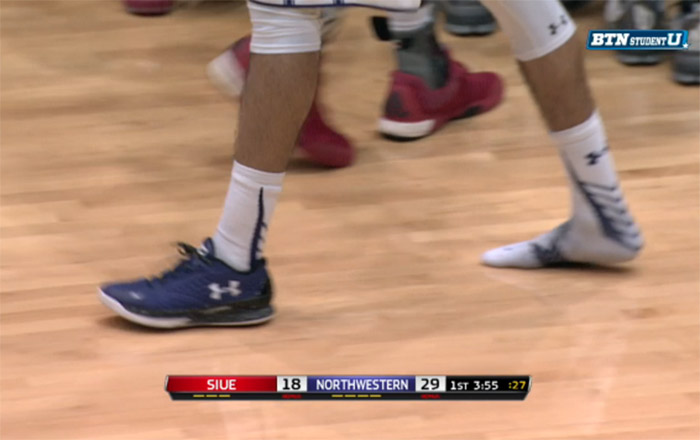 Northwestern's Aaron Falzon can stroke it from just about anywhere on the court.

[ MORE: Track all of today's Big Ten action on our scoreboard ]

As we learned Saturday afternoon vs. SIU-Edwardsville, this also applies when the true freshman is missing a shoe.

Falzon, who entered the game shooting 38 percent from distance, drained a first-half 3-pointer after losing his right shoe on the team's previous possession.

The shoe came off in a similar position as another one did in an Iowa-Northwestern game in early 2013, when former Hawkeyes' star Aaron White threw it off the court, nearly taking out coach Fran McCaffery in the process.

Speaking of flying shoes at @NUMensBball, who could forget the time @IowaHoops' Fran McCaffery ducked this shoe? https://t.co/w5OU3VpLkc

White has fond memories of the moment: